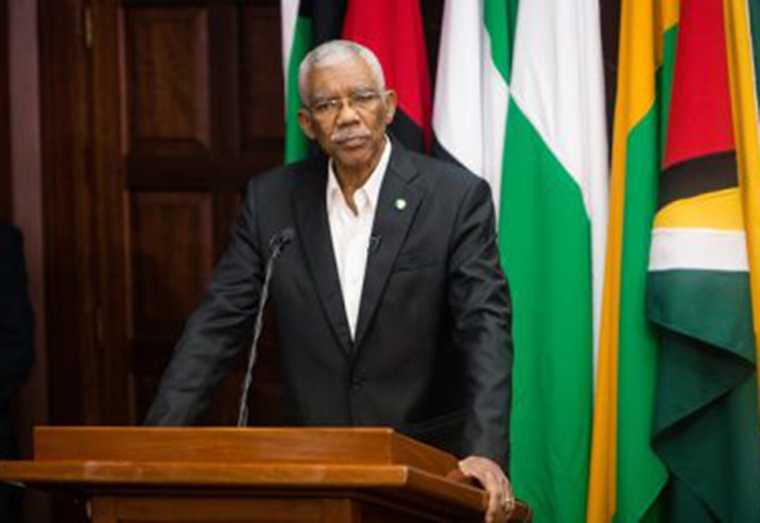 …as NY group urges CEC to immediately remove him from leadership

People’s National Congress/ Reform (PNC/R) party members from the East Coast of Demerara (ECD) passed a no-confidence motion against PNC/R Leader, David Granger on Tuesday following a meeting with the Central Executive Committee (CEC) where they also demanded that Congress be held this year.

Previously, the PNC/R Georgetown District also passed a no-confidence motion against Granger whose “unilateral” decisions as party leader have been called into question by the CEC and others.

At the meeting, all ECD party groups attended and were able to ask questions and receive answers. The No-Confidence Motion they agreed upon outlined that “there must be people’s power and that our members and supporters must be consulted in the decision making of the Party”. Attending members openly shared their thoughts and gave their recommendations. 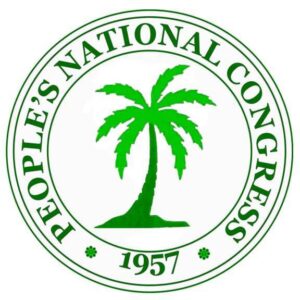 Altogether, pressure has been mounting against the former President from within his party and has also come from overseas.

Recently, Executive Members of the Queens PNC/R Group presented a list of the “transgressions” of Granger which they say should lead to his removal from the leadership of the party.

Highlighting the PNC’s Constitution under subhead ‘Functions and Duties of Central Executive Committee (CEC) – Rules’, the Group outlined where the former President, as well as the CEC, has fallen short.

Listing these areas, the group stated that Granger has been dictatorial in the administration of the party; has exalted his maintaining leadership above the interest of the party and its supporters; and has outsourced his responsibility to other individuals and organizations the obligation to defend the rights and interests of members and supporters.

Furthermore, the Queens PNC/R Group stated that the Constitution of the party was violated and/or distorted by Mr. Granger appointing Joseph Harmon as the Parliamentary Opposition leader in contravention of votes supporting Granger as the Presidential candidate with the second-highest number of votes for the presidency.

The Group outlined that the “gross distortion” of the party Constitution is proof of Granger outsourcing his duties and, as the duly elected leader, he has inexcusably and unjustifiably failed to address the serious leadership impasse within the party.

According to the group, Granger has also failed to ensure the convening of statutory meetings of the CEC which is the executive of the party and, under his watch, the General Council which the highest decision-making body outside of Congress, has not met as required by convention and circumstances.

Added to this, it said that members have been compelled to seek redress from the Government without the guidance, succor and involvement of the party while Granger has taken up the “mantle of an inactive and useless ‘quiet’ Opposition Leader” which is an unacceptable role in a political system led by a “virulent government”.

THE RESPONSIBILITY OF THE CEC

The Queens PNC/R Group also called out the CEC for failure to exercise its Constitutional mandate by ensuring the Leader acted consistent with his Constitutional duties and obligations.

“There was no oversight on performance appraisals, no transparency, and no accountability. The Leader was simply allowed to drive the bus over the cliff,” it stated.

“…it is clear that the Leader of the Party has committed numerous constitutional infractions whereby his actions or lack thereof, have been inimical to the best interest of the party,” the Group underscored.

“Based on the aforesaid, therefore the executives and members, supporters and donors of the Queens PNC/R Group hereby demand that the CEC act now and remove Granger from the Leadership of the PNCR. In the event that the CEC fails to immediately remove Mr. David Granger from being Leader of the PNC/R Party, the Queen PNC/R Group would not be supporting a David Granger’s candidacy for the Leader of the Party at the upcoming Biennial Congress. Furthermore, we strongly feel that it is time for new leadership of in the Party if it is to move forward and be able to face the present challenges.”

The CEC commenced meeting with PNC/R Members across Guyana this week to discuss the state of the party. As it relates to consequences for disregarding agreements and whether these include options for sanctions or only the avenue of elections, CEC Executive Member, Dr. Richard Van-West Charles said that the aforementioned discussions will determine this.

On July 15, 2021, CEC Members released a statement noting their intention to elect “new leadership” of the PNC/R following their repeated challenges with Mr. Granger, in particular, and unilateral decisions that were made by him.

Thu Jul 22 , 2021
Support Village Voice News With a Donation of Your Choice. Dr. Keith Rowley, Prime Minister of Trinidad and Tobago, recently ended his six-month stint-1st January- 30th June-as Chairman of the Caribbean Community (CARICOM). His was a leadership in these challenging times that would reverberate for a long time to come. Last January when Venezuela Navy seized two Guyanese fishing boats […]