Flash back 2017! Attorney at Law, Anil Nandlall successfully represented Carvil Duncan who was then Chairman of the Public Service Commission, and a member of the Police Service Commission, Judicial Service Commission and Teaching Service Commission after President David Granger established a Tribunal recommended by the Judical Service Commission. This Tribunal was chaired by Justice Roxanne George to advice the President whether or not to remove Carvil Duncan from the Commissions because Duncan was before the Court on a criminal charge. Here is part of the pleadings of Anil Nandlall,  ” In short, the President has flagrantly violated the letter, spirit and intent of some of the most sacrosanct constitutional procedures and indeed his actions strike at the very heart of our constitutional democracy. Presidents ( or Prime Ministers as the case may be ) have been impeached for less in democratic countries. ” The words were applicable then for the actions of President David Granger. They are even more appropriate now for President Ali in relation to letters of suspension he sent to the current members of the Police Service Commission. What is good for the goose, is good for the gander. Anil Nandlall cannot approbate and reprobate. Fraud is fraud.

Fast forward May 2021! Prime Minister,  Mark Phillips wrote Paul Slowe, Chairman of the Police Service Commission and member Clinton Conway requesting of them to show cause why they should not be removed from the PSC as a result of a criminal charge pending in Court against them. They both through their attorney Selwyn Pieters submitted lenghty responses to the Prime Minister. The Prime Minister subsequently wrote Paul Slowe, Michael Somersall, Vesta Adams, Claire Jarvis and Clinton Conway all members of tha PSC requesting that they show cause why they should not be removed from the PSC. According to him this was as a result of them joining with others considered to be political and members of the Public Service Commission and the Teaching Service Commission to challenge the Government for denying them the opportunity to control their own financial allocation and be accountable to Parliament and not the Ministry of Finance. This was as a result of the Ministry of Finance refusing to allocate money to the PSC to engage an attorney at law to defend the PSC in relation to Court proceedings brought against the PSC by Snr. Superintendent Calvin Brutus. According to a Caribbean Court Of Justice ruling the Attorney General cannot represent autonomous bodies like the Police Service Commission. It is apposite to note that not a single member of the other Commissions was asked to show cause. The target was the PSC and the PSC alone. It is a clear case of politics at play and unadulterated discrimination. The chairman and members through their attorney at law Selwyn Pieters responded adequately to the Prime Minister.

On June 15, 2021 all the members of the Commission received letters from the President proporting that they were all suspended from the Commission with immediate effect. Their attorney at law advised them that the President had flagrantly violated the Constitution and that the President’s action was unconstitutional, illegal, null and void and had no effect. He further advised them that they must continue to perform their duties until their term of office expires in August 2021. The members are performing their duties. The attorney at law sent a letter to the effect to President.

There is no Judical Service Commission. The last one expired in 2017. So there is no Judical Service Commission and a Tribunal for the President to consult with. Hence, his action to suspend members of the PSC is premature, illegal and unconstitutional. In addition, the Prime Minister asked the members of the PSC to show cause why they should not be removed and the President sent letters of suspension to them. The Constitution is precise. Suspension and removal from office are two vastly different issues.They are far apart as Imbotero which is on the northern tip of Guyana is from Gunns Strip which is in the deep south of the Rupununi and Orealla which is on the east and hundred of miles away from Kaikan on the western front.

There are consequences to be followed for violation of the Constitution. In the Carvil Duncan case alluded to above his legal represantative, Anil Nandlall in his pleadings stated, ” Presidents and moreso, Prime Ministers as the case may be have been impeached for far less in democratic countries. ” I do not always agree with the Anil Nandalall, but in this case he is manifestly correct.

Over twenty years ago I attended the Federal Bureau of Investigation National Academy in Quantico, Virginia in the United States of America. Paul Slowe went before me. I must confess that I am a recruit to him in relation to the FBINA training although in these times confession may not be a good word for the Guyana Police Force. During my training with the FBI I did several courses including one entitled, “Legal Issues For Commanders.” There I learned a legal term that remained with me. Defence  attorneys used it regularly when they want to surpress evidence illegally obtained by law enforcement officers. Here it is. “The forbidden fruit of a poisonous tree. ” What happened is that in an effort to illegally attempt to suspend the members of the PSC, the Prime Minister picked the forbidden fruit of the poisonous tree and gave it to the President who unlawfully used it to send us a letter of suspension. The action by the Prime Minister was not reckless, was not careless, was not dangerous but was pellucidly FATAL.

Those who read the Bible will be aware what happened when Adam and Eve in the Garden of Eden picked and consumed the forbidden fruit from a piosonous tree. They were punished and brought sin into the world. So it was in the beginning so shall it be in the end.

We the active members of the PSC are not pusillanimous. We have instructed our legal team to urgently proceed with Court action to correct this sad state of affairs. We anxiously await our day in Court.

To God be the glory. 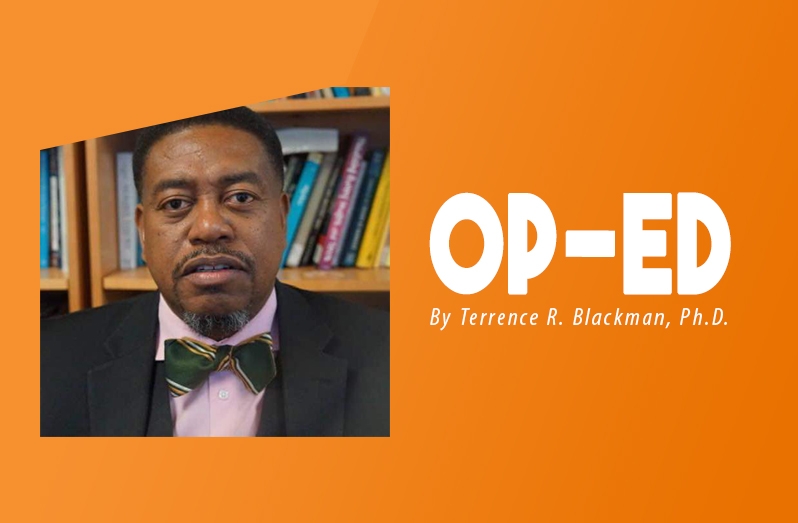