I was most surprised to have heard Glenn Lall moaning about the radio fees being levied against him, with the intent to cripple his APNU+AFC issued radio station. On reading his sob story, a smirk came across my face, for recollection is mine and many that Glenn Lall was part of the Democracy fighter brigade. Let’s give Jack his Jacket. PPP denied Glenn Lall a radio station. Under PPP, six of his employees were viciously murdered. Under PPP, a grenade was placed under his Lexus with the intent to kill. Under PPP, Anil Nandlall was caught on a recording making threats to Kaieteur News. Under PPP, Guyana had experienced the deadliest undemocratic acts over 23yrs. Yet Glenn Lall and his underlings Freddie Kissoon and Ruel Johnson thought that a party that demonstrated the worse undemocratic atrocities, is the party of democracy.

Why did Glenn Lall, Christopher Ram, Anand Persaud et al attack APNU+AFC like rabid pit bulls? Race! Race! Race! Glenn Lall on his front pages attacked Haitians like it was nobody’s business. Again, prominent on his front pages he only targeted black African leaders as poor managers of their countries’ oil resources. For the message was unambiguous, Indians should not vote for this predominantly Black Party since they will steal our oil resources.

Stabroek News under Anand Persaud was denied state advertisement and contracts for not showing allegiance. Financially, Stabroek News were in dire straits hence resorted to charging US$100 for readers to access their online newspapers. This I subscribed to for over 10 years, but after Anand Persaud took up his so called ‘democracy’ fight, he did not need my Black US$, any longer. Further, Anand Persaud Stabroek News would serve as a medium for Christopher Ram orchestrated racist attacks on APNU+AFC. Then Christopher Ram, without an iota of evidence,  accused APNU+AFC of terminating the contracts of only Indian Public Servants. To date over 500 Blacks Public Servants, with an abundance of evidence, have had their contracts terminated by PPP, and he has gone silent. Again he was caught on recording disparaging Blacks as ungrateful. Surely, Christopher Ram is not about defending justice rather, he is about defending race.

Then Christopher Ram dropped his legal action against Kaieteur News for them to unite in fighting the coalition Government.

But don’t be fooled, PPP controls all facets of Government and non-governmental agencies, with the carrots and sticks. The fact is, the Broadcasting Regulatory Body is under the control of PPP. PPP gives instructions and they simply enact. Case in point, the Editor in Chief of Chronicle, which belongs to the State, in a front page love letter stated that PPP controls the Chronicle.

And with no apologies, I tell you this, if I had owned a radio station, none of these characters could have come with tears in their eyes, within a square mile of it. For if things had gone their way, they would have continued their agenda.

But my good friend Glenn Lall is a unique case and should be provided a path out of this unfortunate dilemma.
Regards

Region 9 in the throes of COVID, floods and vector-borne disease

Mon Jul 19 , 2021
Support Village Voice News With a Donation of Your Choice. …heavy rains still affecting many villages  By Lisa Hamilton   Residents in Region Nine are still grappling with the double effects of flooding and COVID-19 with some 22,000 persons impacted by the adverse weather and approximately 231 active cases as of July 16, 2021. “The rains are still with us. Up […] 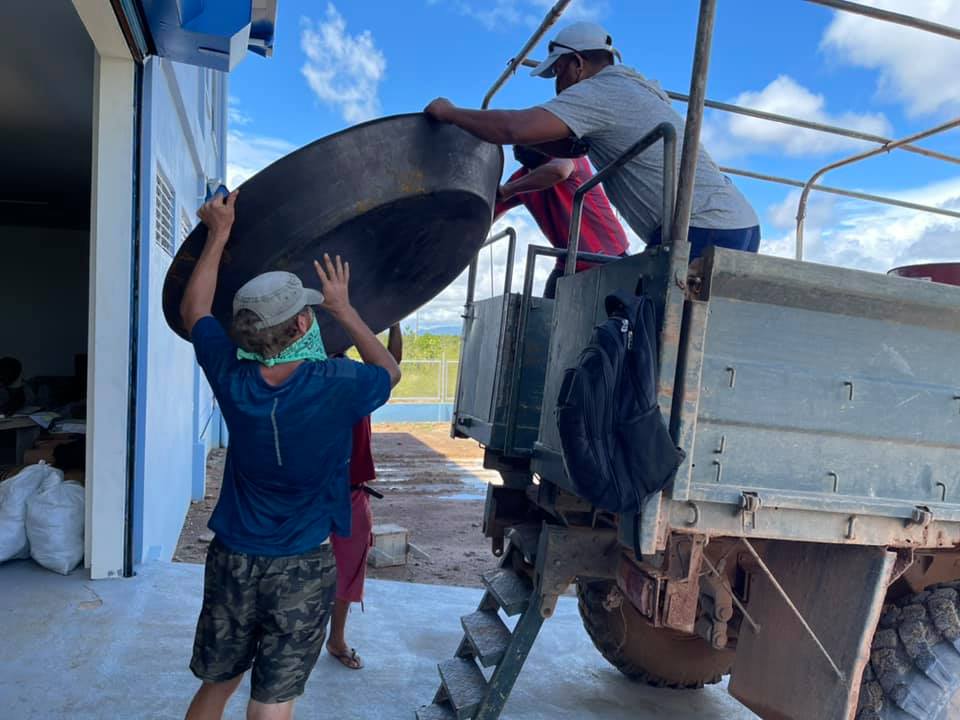