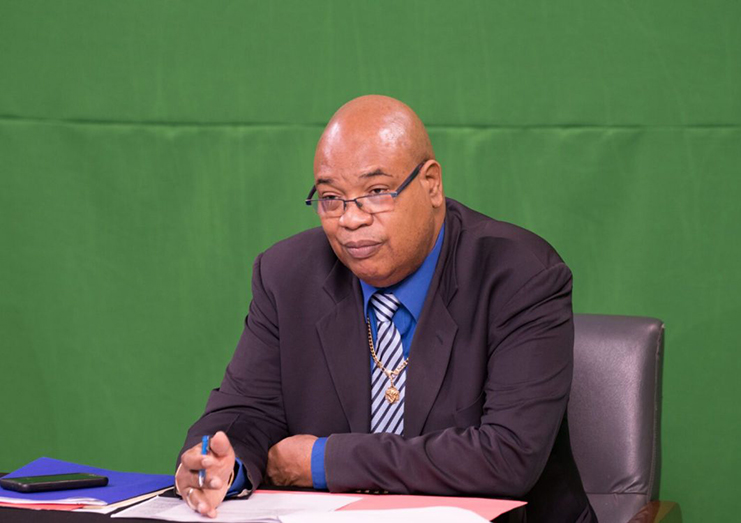 Minister of Public Works, Juan Edghill MP has ordered that two recent hinterland aircraft accidents be investigated by the Guyana Civil Aviation Authority (GCAA), with support from other agencies.

The minister in an interview with the Department of Public Information (DPI) last week said he has also ordered that the operators be served with notices of suspension with immediate effect, as two accidents in two days is far too many. He expressed elation that no one was seriously injured or has died. “Aviation safety is the number one priority when it comes to operating in the airline industry,” Minister Edghill emphasised.

The first accident occurred on Wednesday, when a Cessna Caravan belonging to Jags Aviation of BK Group of Companies ran off the Eteringbang runway, Region Seven.

Then, on Thursday, a similar incident occurred at the Kamarang airstrip due to the disintegration of a Cessna plane’s propeller upon takeoff, media reports state. The plane’s private operator is Orlando Charles. “I’ve asked that it must be complied with that whoever is recommended to be the incident/accident investigator must have had no dealings whatsoever with the inspections of these companies’ aircraft. I want to ensure that there is no conflict of interest, and I expect by this afternoon to name the incident/accident investigator in keeping with the Civil Aviation Act.”

Referring to the incident at Eteringbang, Minister Edghill said the investigation will have to take a multi-sectoral approach, including assistance from the Guyana Police Force. The aircraft was discovered to have been carrying mercury, a restricted substance, for which the aviation service was not authorised to transport. The Minister said the mercury was removed from the aircraft before the inspection was conducted.

“We must be able to confirm how did mercury get on board an aircraft to be transferred to a location, where it was coming from, who are the recipients, why it was removed from the aircraft even before investigations began,” the Minister said.

In relation to the Kamarang accident, the Minister said news of a disintegrated propellor is shocking, and begs the question of maintenance. “So, the officers of the GCAA who were responsible for inspecting and authorising these aircraft to be operated based upon their maintenance and servicing compliance responsibilities would also come up for scrutiny because these are very serious issues. Our passengers and Guyanese and foreigners must always feel safe every time they board an aircraft for a destination. And it is the responsibility of the regulatory body, the GCAA to ensure that every air service provider is operating in keeping with the law and is in full compliance.” Minister Edghill has also instructed aerodrome operators to ensure all hinterland aerodromes are safe for landing and takeoff.

Mon Jul 19 , 2021
Support Village Voice News With a Donation of Your Choice. Minister of Labour, Joseph Hamilton MP met with managers of the BOSAI Minerals Group bauxite plant in Linden, Region 10 on Friday, as part of the ministry’s routine inspections to ensure companies are in compliance with the country’s laws. The minister, who was accompanied by Senior Labour Officer, Prandatt Basdeo […] 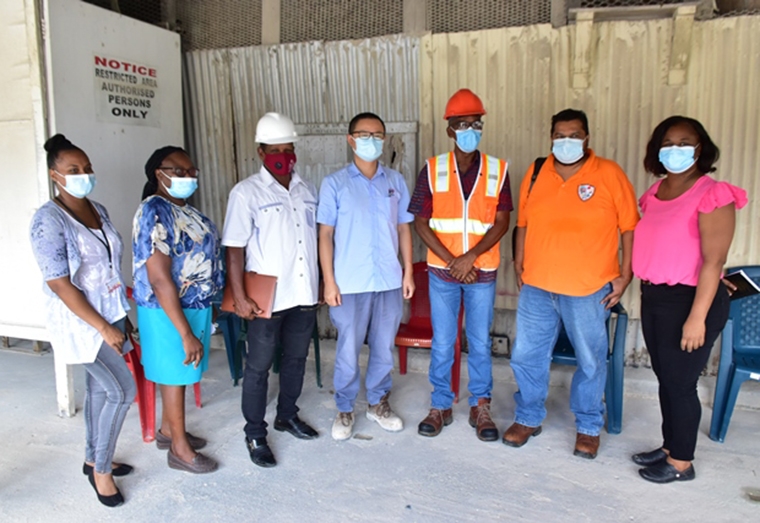