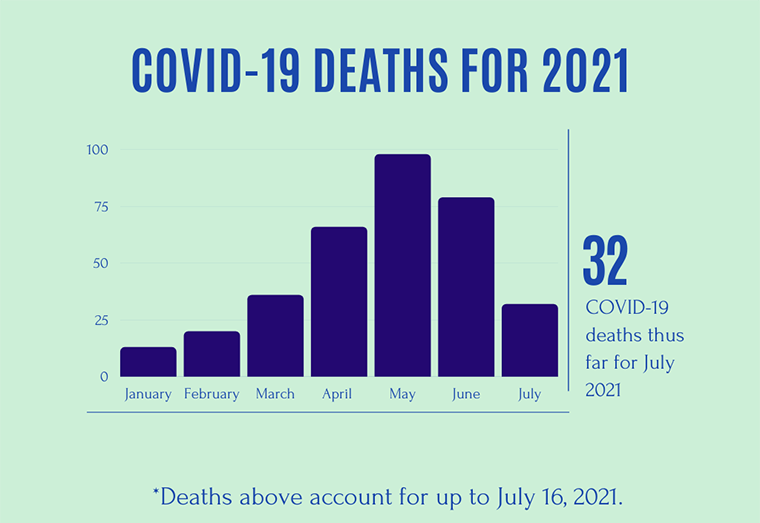 For the first time since the start of the year, the COVID-19 deaths in Guyana saw a reduction in the month of June instead of the upward progression that marked January to May.

For the year thus far, the number of COVID-19 related deaths per month are as follows: January – 13; February – 20; March – 36; April – 66; May – 98; June 79 and 32 thus far for July. There is no data to determine the exact factor(s) that may have caused the reduction in June, nonetheless a positive achievement for the country.

However, Guyana’s death toll to the virus still remains high and, since March, has either outnumbered, doubled or even tripled the number of days in a month. Still ongoing is the Ministry of Health’s vaccination campaign which commenced on February 11, 2021.Thus far over 241,000 have received their first dose and over 126,000, their second.

'They want to shut us down'

Sun Jul 18 , 2021
– radio broadcasters rail against exorbitant licence fees – call on GNBA to recognise impact of pandemic By Alva Solomon Following the  recent publication of a notice of a number of radio, cable and television  broadcasters which the Guyana National Broadcasting Authority (GNBA) said are behind on their fees, several radio station proprietors are calling on the body to be […]