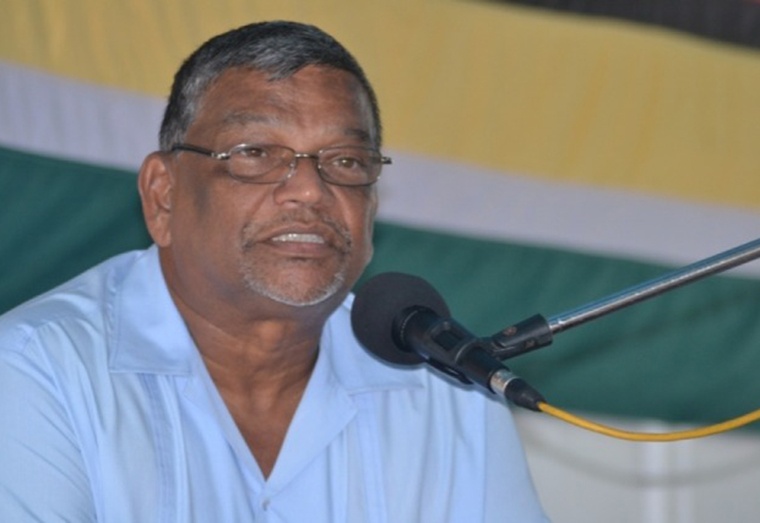 The Guyana Public Service Union (GPSU) has written the chairman of the Trade Union Recognition Board, Dr Nanda Gopaul complaining about government’s reluctance to pay salary increases to public servants.

“In keeping with Clause 6 of the legally binding Agreement for the Avoidance and Settlement of Disputes between the Government of Guyana and the Guyana Public Service Union (GPSU), a number of letters were written during the period September 1, 2020 and July 7, 2021 addressed to the Permanent Secretary, Ministry of the Public Service requesting the commencement of negotiations for wages, salaries and allowances for the years 2020 and 2021. Mr. Chairman, to date there is no indication that a date would be set as stipulated in the Agreement for such a crucial and important meeting. This is viewed by the GPSU as a breach of the aforementioned agreement, Section 23 (1) of the Trade Union Recognition Act 1997 and ratified ILO Conventions as well as a lack of professional ethics. This pellucid and perpetual refusal to negotiate with the representative of the workers in the Public Service also signals blatant disrespect for all Public Servants,” GPSU stated in its letter to Gopaul a former minister of labour.

According to the union, of significance is the fact, that the last increase in wages and salaries was since 2019, while allowances were revised more than two decades ago. Meanwhile, the cost of living has increased astronomically, drastically diminishing the spending power of workers. There is also the issue where healthcare workers were denied risk allowances, even though providing quality services during the deadly COVID-19 pandemic.
The GPSU reminded Gopaul that the current Government of Guyana, during its 2020 General and Regional Elections campaign, created legitimate expectations by promising to treat with priority the increase of public sector wages, salaries and allowances. “However, Mr. Chairman, since its accession to office there is no effort to make good on the promise or to negotiate in good faith with the GPSU. Additionally, monies were approved in the 2020 and 2021 National Budget for an increase in public sector workers’ wages, salaries and allowances which have not being paid to the workers to date. It was observed that expenditures were made for other payments that were not approved in the National Budget. Mr. Chairman, the workers through their representative the GPSU is recommending that the Trade Union Recognition and Certification Board enforces Section 23 (3) of the Trade Union Recognition Act 1997 and takes action to strongly condemn the inaction of the Government of Guyana, without delay,” the letter concluded.

During the last budget debate Former Vice President, Khemraj Ramjattan, MP had called on the People’s Progressive Party/Civic (PPP/C) Government to increase the wages and salaries of public servants by 10 percent as an interim measure pending negotiations with the Guyana Public Service Union (GPSU). “I propose that there be a wage increase of 10 percent across the board retroactive to January pending negotiations with all stakeholders in government and in the GPSU…” MP Ramjattan said as he made what he described as a “simple demand.”

The APNU+AFC said the request is in recognition of the hardship faced by public servants during the almost year-long COVID-19 pandemic. “Please if you have any heart, ensure that, that happens. We would like lots more but 10 per cent minimum is what we seek at this stage,” MP Ramjattan said.
During the presentation of the multibillion budget by Finance Minister, Dr Ashni Singh there was no mention of an increase in wages for public servants for 2020, however, pressed for answers, Vice President Bharrat Jagdeo subsequently told journalists that some $10B is included in the budget for public servants. “The fact is that over $10B has been budgeted in the estimates under the head, ‘revision of wages and salaries’. A huge part of that sum will go towards salary increases for public sector workers,” Vice President Jagdeo said.

It is unclear at this stage by what percentage the salaries of public servants would be increased, and exactly when. On the campaign trail ahead of the 2020 General and Regional Elections, the PPP/C had promised a 50% salary increase for public servants, however, there was no such increase when the 2020 Emergency Budget was presented last September, and no such increase this time around. The APNU+AFC, during its five-years in office, increased salaries by 26%, 10%, 9%, 7% and 9% annually from 2015 to 2019. The minimum wage went from $39,570 in May 2015 to $70,000 in 2019.

Fri Jul 16 , 2021
Support Village Voice News With a Donation of Your Choice. Digicel Guyana on Friday launched its Summer Campaign, dubbed “Digicel’s SUMMA Rush.” Digicel’s prepaid customers will have the chance of “RUSHing” off with one of three brand new Toyota Rush SUVs. The campaign runs for seven weeks, starting on July 16th and concludes on September 2nd, a release from the […]