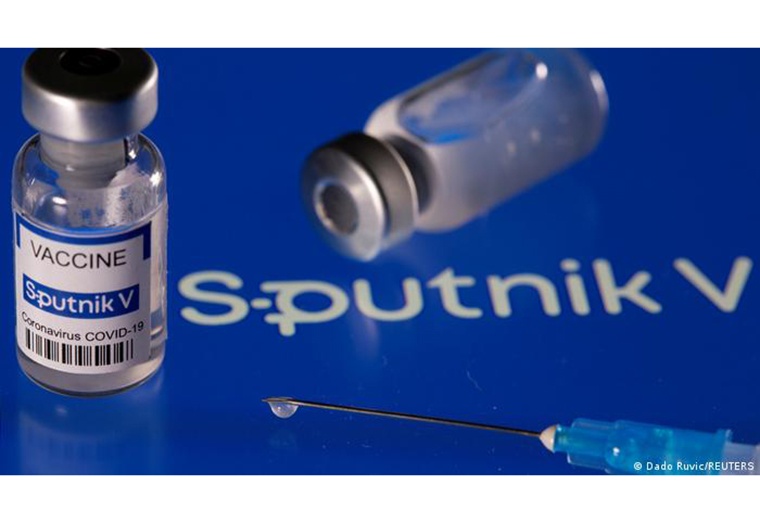 It has been several weeks and for some people months since they took their first jab of the Sputnik V Covid-19 vaccine, but there is no indication when the second dose will arrive here, despite the government continues to vaccinate more citizens with the said vaccine of which it has only the first dose available.

There have been mounting concerns over the Russian-manufactured vaccines, which Opposition Leader, Joseph Harmon and other organisations had called for government to stop administering to citizens. The vaccine is yet to be approved by the World Health Organisation and the Caribbean health agency has not approved it for use in the region either. However, the Irfaan Ali administration has defended its use and said it was forced to procure the vaccines through a middleman owing the fact that it was not getting access to the WHO-approved jabs.

Some two weeks ago, the Ministry of Health posted on its website that the second dose of vaccine is likely to arrive here within 12 weeks. “Time is slipping by and I am worried, because I took this vaccine and don’t know when I will get the second dose,” a young woman told the Village Voice News.

She like several others are worried about the delay. “The vaccine certificate they issue carries an expiry date. It gives you three weeks to return, but now we are hearing we can wait up to 12 weeks…nobody is explaining anything. We don’t know what are the risks involved,” another public service staff commented.

Former PAHO Representative, Dr Richard Van West Charles told the Village Voice News that because the Russian vaccine has not been approved by the WHO there is no details on the risks involved regarding the time between the first and second dose. He said for the astrazeneca, the vaccine works better when the second dose is taken at a much later date. “But we don’t know anything about the Sputnik V,” Van West Charles reasoned.

He like many Guyanese are worried about the delay in the arrival of the second dose, which he said should be sourced directly from Russia and not the middleman who was previously engaged. “I would not have recommended anyone to take the batch from the middleman,” Van West Charles a former Health Minister here said. He said the opposition had recommended that the government do some random sampling of the vaccine and send to reputable laboratories to test for its efficacy and determine whether it was the fake vaccine sent here.

Van West Charles also noted that the fact that the vaccines ran out, shows poor planning by the government. “Our information is that a large batch of both first and second doses of the vaccines they procured expired on July 7, 2021.”

In an earlier interview with this newspaper Dr Van-West Charles had charged that the administration compromised the health and safety of Guyanese when it opted to source the Sputnik-V vaccine from a “middle man,” even as he underscored the importance for the government to disclose, fully, information on the acquisition, including the batch numbers of the doses from Sheikh Ahmed Dalmook Al Maktoum of the United Arab Emirates (UAE).

“If you look at Latin America and the countries that have actually purchased Sputnik, they have purchased directly from the manufacturer. I would doubt that our FDA would have approved purchasing via a middle man. This is not the usual, this is not the practice, this is a deviation from the practice by which vaccines have been purchased in this country, never through middlemen; and the issue of safety is an important issue which arises,” Dr. Van-West Charles told the Village Voice News.

Dr. Van-West Charles has served as Special Advisor Partnerships with the International Financial Institutions at the World Health Organization (WHO), Area Manager for Information and Knowledge Management, PAHO/WHO as well as PAHO/WHO Representative for Jamaica; Cayman Islands and Bermuda. He is also a former Academic Dean of St. Helen University Medical School and Health Sciences.

Under significant pressure from the A Partnership for National Unity + Alliance For Change (APNU+AFC) Coalition, the People’s Progressive Party/Civic (PPP/C) Government disclosed that it had procured thousands of doses of the Sputnik-V vaccine from Sheikh Ahmed Dalmook Al Maktoum of the United Arab Emirates (UAE). It explained that to ensure sufficient supplies, the Ministry of Health held bilateral discussions with India, China, Russia, the US, the EU, Kuwait and the UAE, in addition to bilateral talks with AstraZeneca, Pfizer, Moderna, Johnson and Johnson, SinoPharm, Covaxin and the Russian Direct Investment Fund, however, when those discussions bore little fruit, it jumped at an opportunity to procure 400,000 doses of Sputnik through the Sheikh. The Sheikh, however, has been tied to individuals with checkered past such as Umar Farooq Zahoor, who is reportedly wanted in Norway as part of an investigation into a massive fraud and Per Morten Hansen, who is reportedly being investigated for money laundering.

Dr. Van-West Charles told Village Voice News that there is a significant risk associated with acquisition of vaccines through “middlemen.” “They are not necessarily going to have the storage capabilities that the other agencies are going to have; they are not necessarily going to have the record keeping that would be required and so it is important to note that the temperatures required by the manufacturers must be adhered to,” Dr. Van-West Charles explained. The health minister, while assuring Guyanese that the Sputnik-V vaccines being utilised here are authentic and safe, on Thursday (June 17), said it was the Russian Direct Investment Fund (RDIF) which had referred the Government to a number of suppliers among them the Sheikh. According to Dr. Anthony, the Sputnik V vaccine departed the manufacturer – Gamaleya Research Institute of Epidemiology and Microbiology in Russia – to the UAE, and was then transported from the UAE to Miami, Florida before arriving in Guyana.

Sun Jul 11 , 2021
Support Village Voice News With a Donation of Your Choice. …says current minister out-of-his depth, clueless     By Svetlana Marshall   Amid deep concerns in the conduct of Guyana’s International Relations, Opposition Member of Parliament, Amanza Walton-Desir said it is imperative for the Irfaan Ali Government to clearly outline its national interest and by extension, its foreign policy. During an exclusive interview […]