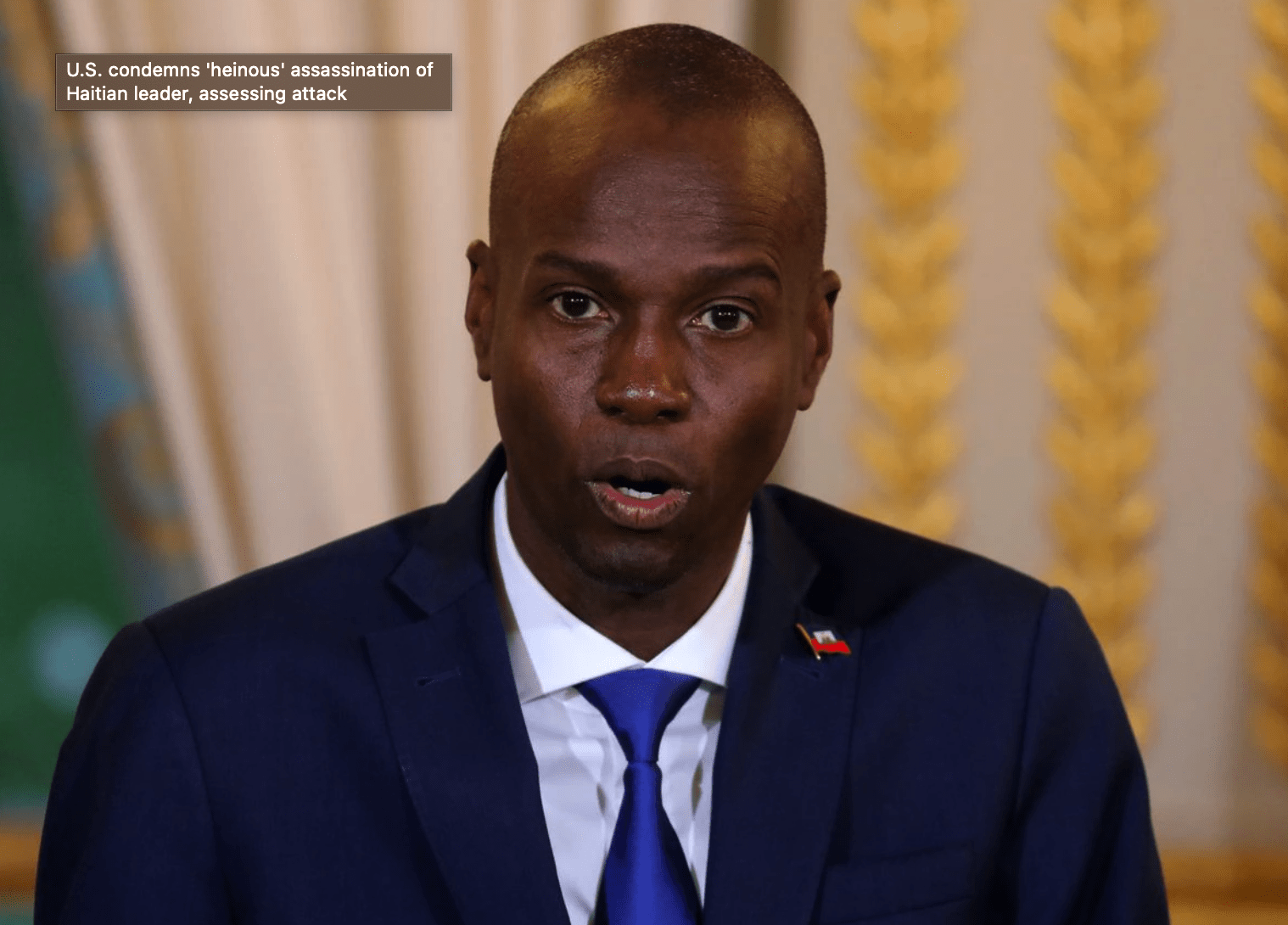 The assassination of President Moïse of Haiti is the latest dramatic reflection of the culture of murderous political violence that has typified the colonisation of the Caribbean, and whose legacy continues to speak to the devalued worth of black life especially in our hemisphere, Professor Sir Hilary Beckles Vice-Chancellor of the University of the West Indies said in a statement.

Beckles said for the people of Haiti and the wider Caribbean region who have politically united for mutual survival with dignity under the banner of CARICOM, “this blunt and brutal execution of the democratically elected Head of State foregrounds the historic savagery long fought against in our region’s struggle to forge a humane and sophisticated post-colonial Caribbean civilisation.”

According to him, political murder and social mayhem have long been the management tools used to maintain the misery and marginalisation of the Caribbean as it marches inexorably to the rendezvous of democracy as a freedom victory.

“No country in the modern world has paid as great a human and material price as Haiti in seeking to convert its rubble of bloody imperial domination into a viable democratic nation state. In this regard, the murder of Moïse is the latest in a legacy that includes political leaders such as Walter Rodney and Maurice Bishop. His political execution reflects but an element in the internal political gridlock many Caribbean societies face in their effort to detach from the colonial scaffold with its endemic thirst for violence, and advance to a peaceful domestic democratic idealism. The University of the West Indies is dedicated to this process and transition and mourns the lost life of President Moïse,” Professor Beckles said.

“I recall the intellectual elegance and charismatic charm of his chairmanship of the Meeting of the Conference of Heads of Government of CARICOM in Port-au-Prince in February 2018 when he made this statement: “I am not a graduate of The University of the West Indies, but I am an academic product of it. As a student here in Haiti, I was raised on the scholarly output of the great University of the West Indies and I have an affinity for it.”

May his soul return in peace and its passage serve as a light to lead us out of this darkness.

Our prayers are with Mrs. Moïse as she continues her fight to live.

Thu Jul 8 , 2021
Support Village Voice News With a Donation of Your Choice. “All of us at the Caribbean Development Bank (CDB) are deeply saddened by the killing of Haitian President, Jovenel Moïse and the wounding of his wife, First Lady, Martine Moïse,” the bank said in a statement.  “We offer our most sincere condolences to the entire nation, especially the family and […]