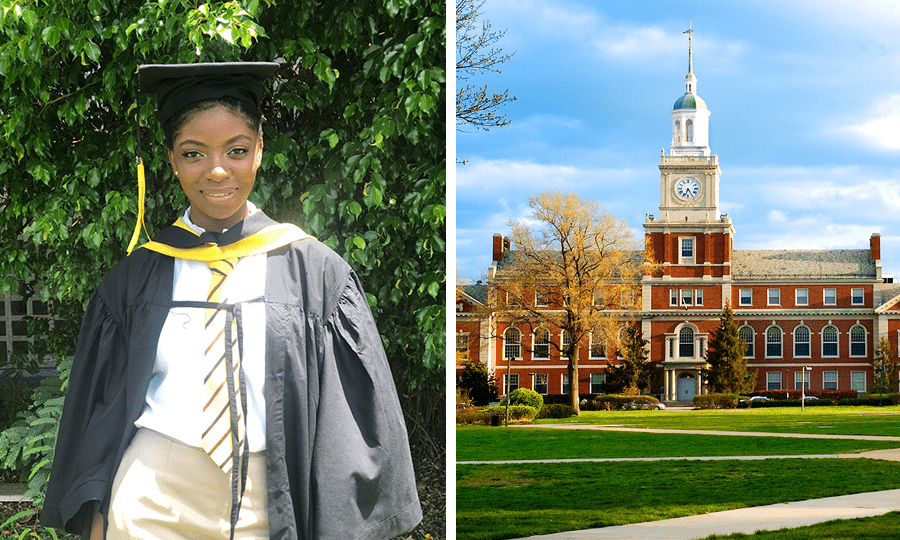 Moriah Hamilton, a 19-year-old former student of Queen’s College, is seeking financial assistance to guarantee her attendance at the Howard University in the United States for which she has gained acceptance and a partial scholarship.

Hamilton has been accepted to Major in Civil and Environmental Engineering with a Minor in Communications at the university which is known for being a leader in Science, Technology, Engineering, and Math (STEM).

It will cost some US $26,000 (per year) to allow for Hamilton’s attendance at the University. She hopes to raise US $20,000 of which via a GoFundMe account set up and also hopes that persons will contribute locally through the bank account set up: Savings Account #219277137 (Moriah Hamilton – Citizens Bank)

While many may know Hamilton as an outgoing and active individual, what many may not know is the teen — one of three children of a single-parent mother — has faced numerous financial difficulties throughout her life, including being homeless twice.

Without her acceptance to Howard University, she told the Village Voice News that she could not see a path towards her attendance even at the University of Guyana (UG) because of her financial struggles.

“I applied overseas because I wanted the opportunity to get scholarships so I did the SATs. I saw it as my only chance ‘out’ of getting myself in a lot of debt and I knew that funding might be easier if I applied overseas,” she explained. To cater for future years financially, Hamilton hopes to gain additional scholarships at Howard University to continue her studies.

Hamilton then applied to several universities for scholarships and was finally accepted to Howard University in January 2021. “I was overjoyed and I was even more overjoyed when they sent me the partial scholarship,” she said.

As soon as she sent the application to the University, Hamilton was proactive and began writing to businesses in request of financial assistance to pursue her studies. She has had no responses from such to date.

“I started writing letters for sponsorship to companies just after I sent my application and, so far, I’ve received no positive responses or no responses at all. So I do believe that it is very difficult…for funding, the opportunities are very limited,” she said. “

The teen believes that needed in Guyana – especially for students who work hard and excel — is a mechanism that assists those who cannot afford to attend the colleges they are accepted into.

Though she has not yet raised the sum she needs to attend Howard University, she encouraged those who may be in a similar financial position but have big dreams, to continue showing up for themselves. She explained that oftentimes, a person’s dreams can be placed on the backburner forever because of financial struggles but this should not be the case.

She urged: “Keep the dream alive. Feed it with your activities and with your energy instead of just killing it off. Show up for yourself in every way possible so that you might be able to achieve it if you do make a try.”

Apart from her academic achievements, Hamilton was also the winner of the Ministry of Natural Resources Essay Competition in 2019 and the Runner Up for UNICEF’s Trafficking in Persons (TIP) Guyana Poetry Competition in 2020.

In her spare time, Hamilton likes to get involved in poetry, cycling, track, climate-change activism, reading, nature exploration and volunteering. She was involved in the Youth in Natural Resources Apprenticeship Programme – Chaperone for apprentices in 2021 and Head Public Relations Officer in 2020.

Hamilton is also the founder of the Green Engineering page at Green Tea Guyana on Instagram; a Youth Ambassador for the United Nations Children’s Fund (UNICEF) Regional Consultative Committee (RCC) Climate Change, a member of Girl Build Girl Foundation and a freelance model.

Mon Jun 14 , 2021
Support Village Voice News With a Donation of Your Choice. …CEO, Dr. Abrams says progress slow but he’s hopeful Owner and Chief Executive Officer (CEO) of Guyana Airways Corporation Inc., Dr. Colin Abrams, is in talks with the Government about the airways  beginning operations in the country after previous attempts to do so under the former administration were shot down. […]