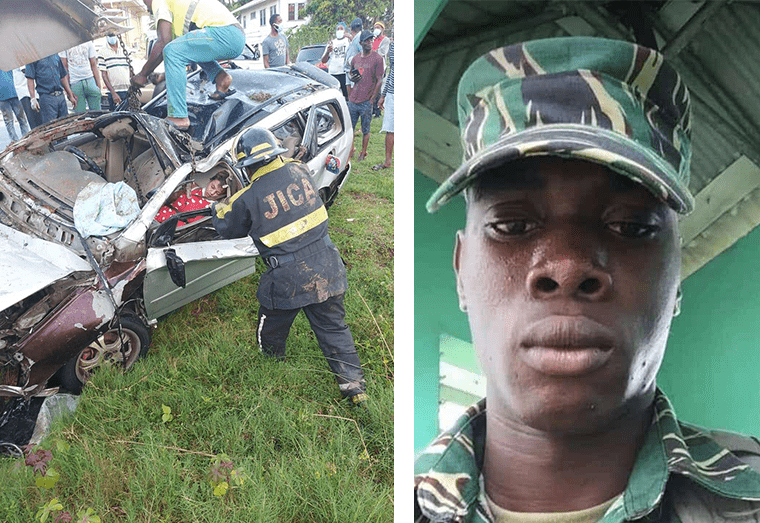 Dead are Carlos Edwards, 23, of Lot 39 Stanleytown, Hookumchand Paramnand a former  policeman, 61 of No. 36 Village and a female who is yet to be identified.

Injured are: Joyclyn Cole, 27 and Carolyn Edwards, 6 to 9 months both of Lot 39 Stanleytown and Lakeram Mangal, 57, of Angoy’s Avenue.

The accident ocurred around 05:00hr near the Guyana Elections Commission office at Fort Wellington.  Among the fatalities is Marcus Edwards who was the driver of the Fielder Wagon car.

Initial reports suggest Edwards may have fallen asleep at the wheel. He was reportedly enroute to Georgetown.
It is unclear as to what may have caused the accident but the driver of the vehicle, Edwards usually takes passengers from Berbice to Georgetown and would traverse the same route everyday. The injured victims were transferred to the New Amsterdam Hospital in a critical condition.
(More details in a subsequent report. )

Mon Jun 14 , 2021
Support Village Voice News With a Donation of Your Choice. The government of Benjamin Netanyahu is no more after 12 years in office. A coalition of opposition forces, of what some see as unlikely allies, has unseated the Netanyahu government in a parliamentary election on Sunday. The new alliance will see Naftali Bennett, as Prime Minister and Yair Lapid, former […]