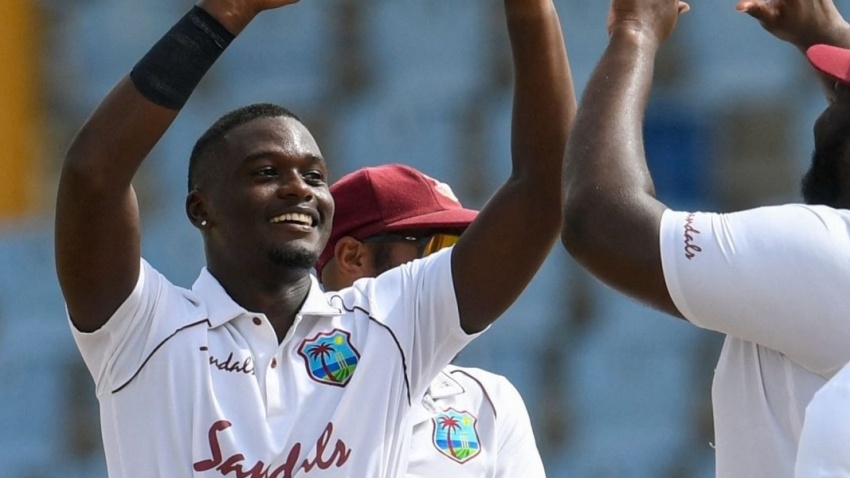 (SPORTS MAX) South African pace bowler Lungi Ngidi has hailed the potential of West Indies debutant Jayden Seales who claimed a hat-trick on debut for the regional team earlier this.

The West Indies have had a mediocre start to the first Test, with the young bowler’s performance on the first day, where he claimed 3 for 34 one of the few highlights of the match so far.

The inclusion of the 19-year-old, in the absence of lead strike bowler Shannon Gabriel, had proven to be somewhat of a controversial decision.  Critics insisted that the player’s limited experience, having played one First-Class match prior to his debut, meant that more experienced bowlers were being overlooked in his favour.

Ngidi, who himself lit up the first day for South Africa after claiming a sensational 5 for 19, insisted that he had so far been impressed with the young bowler’s talent.

“He is a bit of a danger and a very exciting future lies ahead for West Indies with him in the line-up,” Ngidi told members of the media.

“I was keeping a really good eye on him and his seam presentation is pretty much what I tried to do when I was bowling. I think he has a great wrist behind the ball and a very clean action and he seems he can run in all day.”

Sun Jun 13 , 2021
Support Village Voice News With a Donation of Your Choice. …Ramson and Figueira battle over siting of mini stadium in Linden  …sums allocated to develop community grounds questioned   By Lisa Hamilton   Minister of Culture, Youth and Sport, Charles Ramson and Opposition Member of Parliament (MP) Jermaine Figueira exchanged fiery words last Thursday as they contented whether Region Ten has been […]