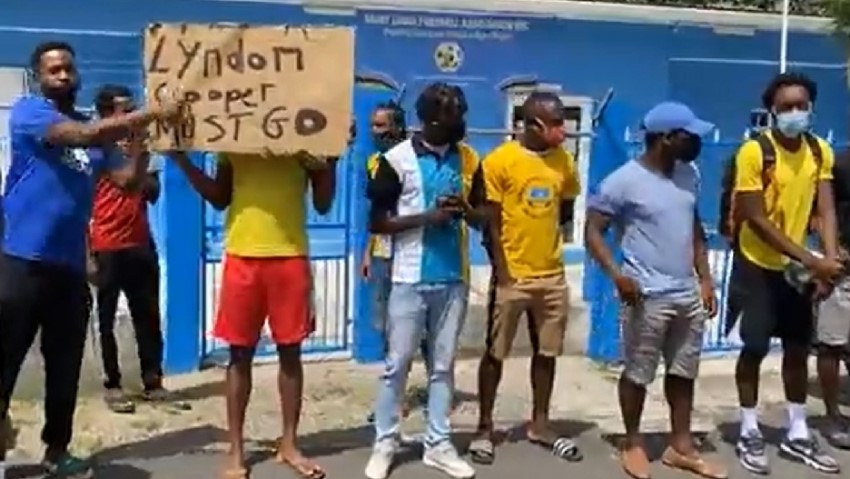 (SPORTS MAX) The Lucian Government has expressed its disappointment and concern regarding the circumstances surrounding the decision of the St Lucia Football Association (SLFA) to withdraw from the 2022 World Cup qualifiers.

While making it clear that they could not interfere with the workings of the SLFA, the government also refuted claims allegedly made by the federation that they denied requests from the federation for permission that would have allowed the national team to train during the ongoing pandemic.

Sportsmax.TV reported earlier this week that St Lucia would not be taking part in the CONCACAF World Cup qualifiers that began yesterday. The Piton Boyz were scheduled to play Nicaragua in Nicaragua and then Haiti on March 28.

Local-based players in St Kitts led by midfielder Zaine Pierre marched on the headquarters of the federation on Wednesday calling for the resignation of SLFA President Lyndon Cooper, who they said had no intention of having St Lucia play in the qualifiers suggesting that the team was not good enough.

However, in a lengthy statement released today from the Office of Prime Minister Alan Chastanet, the government made its position known.

“The Government of Saint Lucia is disappointed by reports that Saint Lucia has withdrawn from the 2022 FIFA World Cup qualifiers, a decision taken without any consultation with the Ministry of Youth Development and Sports by the St. Lucia Football Association (SLFA),” the statement said while indicating that they invested heavily in infrastructure specifically for the effort to qualify for the World Cup in Qatar next year.

The players also claimed that the beleaguered president said the federation was denied permission from the government to convene training camps in preparation for the qualifiers.

The St Lucian Government said that was not true.

“The Government of Saint Lucia is further concerned about reports that the “authorities” turned down requests for special training permissions for a national football team. The Government can confirm that we have no record of a request being made by the SLFA to have a team train for World Cup Qualifiers. Neither the Ministry of Youth Development and Sports nor the Office of the Chief Medical Officer (CMO) has received such a request,” the statement said.

“Despite the fact that high contact sports are not allowed under the current Covid-19 protocols due to the high risk the Government has made special provisions for national athletes and this is reflected in the legislation.

“The Government of Saint Lucia, through the Ministry of Health, recently facilitated training for Platinum FC from Vieux Fort South who are due to travel in April for a tournament in Curacao. The Government will also be assisting with the vaccination of these footballers and team members. The Ministry of Health has also facilitated some netballers and other athletes who requested one-on-one training or training with strict protocols.”

The government said the Football Association would engage with the Ministry of Youth Development and Sports and local footballers to resolve the matter.

“We look forward to the full clarification from the Saint Lucia Football Association as to the reasons for Saint Lucia’s withdrawal,” it said.

“The Government of Saint Lucia has made significant investments in sports in Saint Lucia, including football, with the establishment of the Sports Academy and the upgrading of all our sporting facilities in order to attract regional and international tournaments.

Fri Mar 26 , 2021
Support Village Voice News With a Donation of Your Choice. Inspector and ranks of the Guyana Police Force (GPF) destroyed some 18,000 marijuana plants worth 39,600 pounds at the Coomacka Mines, Upper Demerara River, on Friday. The eradication exercise was done on two farms measuring about six acres with approximately 18,000 cannabis Sativa plants ranging from 5 inches to 4 […] 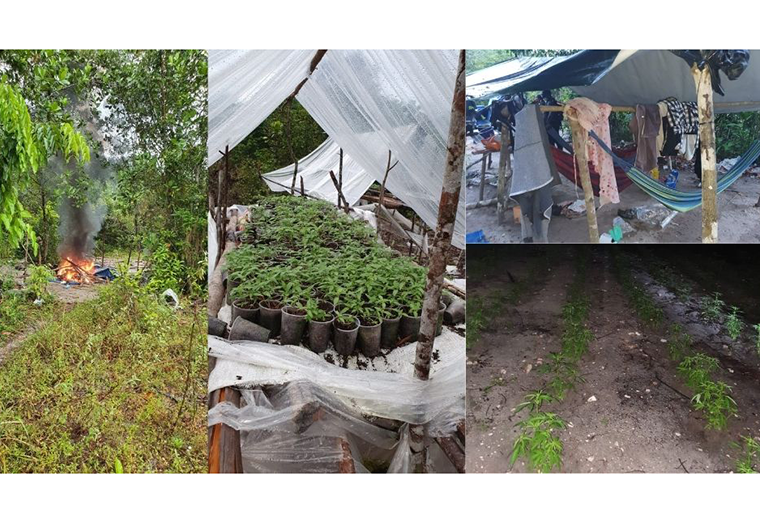