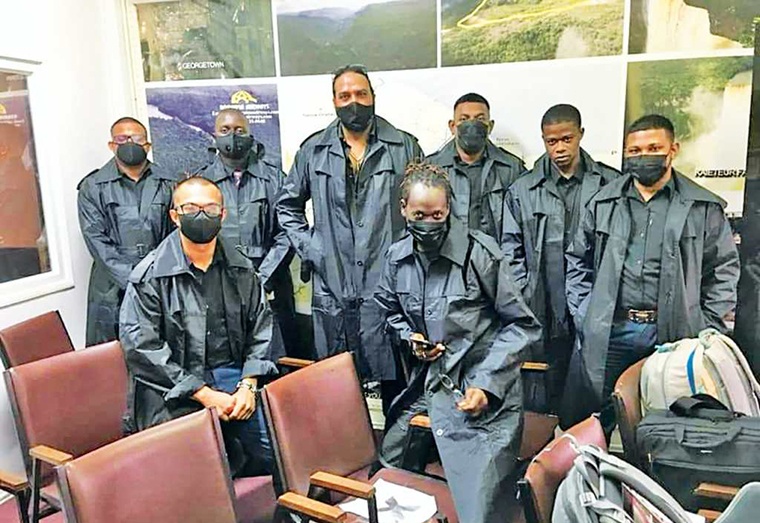 …Benn confirms posts were not advertised

Responding to questions from the Opposition on the controversial Corporate Communications Unit (CCU) of the Guyana Police Force (GPF), Minister of Home Affairs, Robeson Benn revealed on Thursday that the positions for the Communications Coordinator and the Public Relations Officer (PRO) were not advertised.

In the National Assembly, written responses to questions posed to Benn by Opposition Member of Parliament (MP) Geeta Chandan-Edmond were circulated. When asked whether the positions were advertised and what criteria were used in selecting these individuals, Benn responded: “These positions were not advertised.”

The CCU, which was established in February 2021, is being led by Mark Ramotar and Stan Gouveia. Chandan-Edmond submitted the list of questions to the Parliament on April 15 in her quest to ascertain the legality and functionality of the CCU. There were questions about the men being civilians and whether their hiring was done transparently.

It was noted that the Communications Coordinator carries home a salary on the GS:12 scale, which range from $166,824-$338,517 while the PRO benefits from the GS:11 scale, which range from $141,741- $292,647. Asked whether the roles of two overlap those of police officers who have been trained and assigned to perform similar tasks, the Minister responded in the negative.

Apart from Gouveia and Ramotar, Benn said that there are no other civilians attached to the Communications Unit. There are 9 police officers in the Unit and a total of 11 staffers.

2 in every 100 Covid patients will die

Thu Jun 10 , 2021
Support Village Voice News With a Donation of Your Choice. …Health Minister warns …only 10.6% of the population totally vaccinated  By Svetlana Marshall  As he championed the cause for Guyanese to be vaccinated, Health Minister, Dr. Frank Anthony on Thursday warned that for every 100 person infected with the Coronavirus Disease (COVID-19) two persons will die if the necessary preventative […]