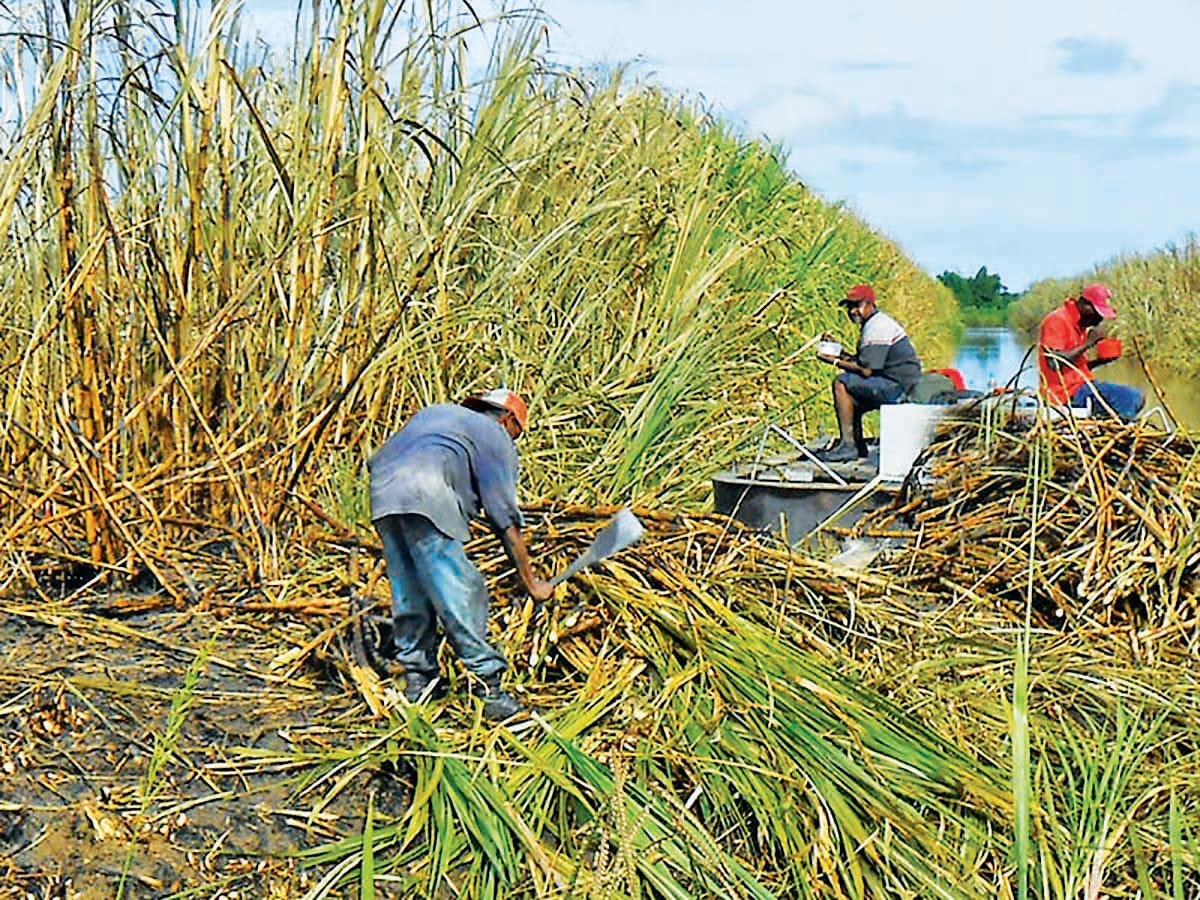 By Svetlana Marshall
An International Labour Organisation (ILO) Report on the “Socio-economic impact of the closure of GuySuCo Sugar Estates on sugar workers in Guyana,” indicates that the livelihoods of sugar workers were severely compromised when the A Partnership for National Unity + Alliance For Change (APNU+AFC) Government took a decision to close the Wales, East Demerara, Rose Hall and Skeldon Estates between 2016 and 2017.

The ILO report was launched virtually on Thursday. In presenting the key findings of the report, Director of the University of Guyana GREEN Institute, Dr. Thomas B. Singh disclosed that more than 5,000 persons, mainly workers with about five dependents, lost their jobs. He said as a result, weekly household incomes fell by 64% from an average of $32,238 to $18,450 after the closures.

“Entire communities were sent into depression because of the sheer dominance of sugar estates for income, employment, business prospects, aspirations of families,” Dr. Singh said.

He added: “The closure of the estates was a shock that rocked communities. Career aspirations of children were shattered, suicide, alcohol consumption and crime increased in each affected community. And as mentioned before the income fell significantly. Livelihoods were not sustained after the closures.”

He had compiled the report based on the over-arching priorities of the Decent Work Country Programme (DWCP) which focus on addressing poverty and inequality through improved working conditions and respect for International Labour Standards; increasing prospects for sustainable livelihoods through social protection and better economic opportunities; and improving the climate industrial relations and social dialogue.

The study found that the average severance paid was G$838,177 per worker, however, 17 percent of them had not received any severance at the time of the study. An estimated 27 percent of the redundant workers, however, received severance that exceeded one million dollars.

“Further, the loss of the majority of jobs by fathers – the main providers of incomes for the households – could have, at a minimum, disrupted the relationship between communities and strong family values,” the report stated, while noting too some workers remain unemployed. Others have either secured part-time or seasonal jobs.

It was noted that a number of the affected workers had skills that were very specific to their jobs at GuySuCo and as such would not count as human capital that can severe to find comparable alternative jobs. “Of those who found alternative employment, about 81 per cent were able to get part time jobs; full time alternative employment was not readily available,” the report explained.

According to the report, a number of the respondents also indicated that even if they were able to send their children to school, they were unable to pay exam fees. Among the recommendations was the need to provide assistance to the affected workers and their families to avoid potential, if not real, poverty traps.

Senior Minister within the Ministry of the Presidency with responsibility for Finance, Dr. Ashni Singh, in delivering the feature address, said the report confirms that the decision to close the estates were ill-advised.

The United Nations (UN) Resident Coordinator, Mikiko Tanaka, in her presentation, said the study is a reminder that behind each sugar worker there is a family of many generations for whom the Sugar Industry has been their home, community and life. The UN Resident Coordinator said the Sugar Industry is a valuable part of the legacy and heritage of Guyana and a symbol of the country’s resilience.

“It is heartbreaking to read the painful consequences of commodity market fluctuations and sugar estate closures that have impacted workers and their families economically, socially and personally,” Mikiko said while noting that the study offers many lessons for policy making and implementation, diversification, and the importance of stakeholder consultation in decision making.

Director of the Decent Work Team and Office for the Caribbean of the ILO, Dennis Zulu; and President of the Guyana Agricultural and General Workers Union (GAWU), Seepaul Narine were among officials present during the launch.

Thu Jun 10 , 2021
Support Village Voice News With a Donation of Your Choice. By Farah Bates  “I see one set of thing flying, all them house thing deh in the air. It was a lot of confusion. I don’t even know what to do now because this thing just damage my whole house.  My husband went to work when this thing happen and […]