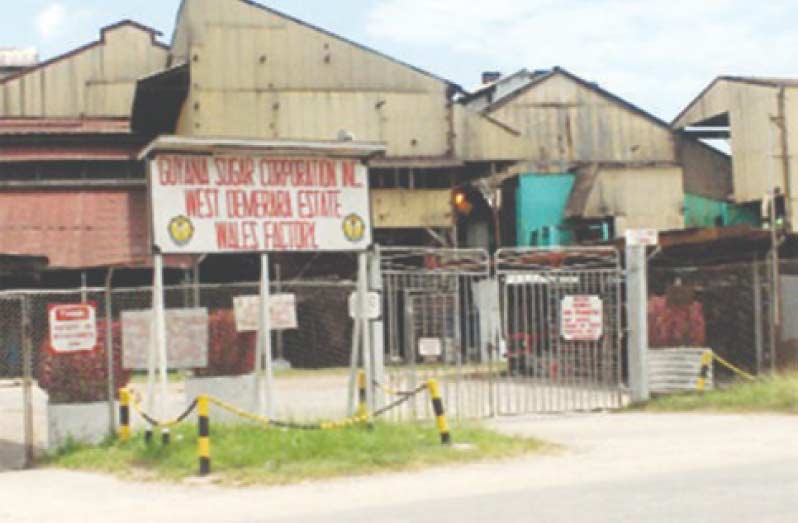 The Internationa Labour Organisation will on a Thursday launch a study on the socio-economic impact of GUYSUCO closure on sugar workers.

Featured speakers at the event will include: Mikiko Tanaka, United Nations Resident Coordinator, Co-operative Republic of Guyana; Dennis Zulu, Director, ILO Decent Work Team and Office for the Caribbean;  Thomas B. Singh, Director, University of Guyana GREEN Institute and Seepaul Narine, President, The Guyana Agricultural and General Workers’ Union. Dr. Ashni Singh, Senior Minister in the Office of the President with responsibility for Finance, will deputise on behalf of President Irfaan Ali.

According to the ILO, the study features an assessment of the economic and social impact of the restructuring of Guyana’s national sugar industry. The study also analyses the situation of the redundant workers from the four estates. The report also contains recommendations and potentials of future development of the industry in the country and discusses the potentials of cellulosic ethanol production from sugar cane by-products that could contribute to the realization of the country’s commitments under the Paris Agreement on Climate Change.

“Given the undeniable importance of the sugar sector in Guyana, the results are intended to contribute to ongoing discussions among the Government, employer, and worker representatives and provide a basis for national decisions and action on principles embedded in the ILO Guidelines for a just transition towards environmentally sustainable economies and societies for all,” the ILO said in a release.

The guidelines provide non-binding practical orientation to Governments and social partners with some specific options on how to formulate, implement and monitor country policies and sectoral strategies towards environmental sustainability, the greening of enterprises, social inclusion and the promotion of green jobs in accordance with national circumstances and priorities.

The study is the outcome of research conducted by Dr Thomas B. Singh, Director, University of Guyana GREEN Institute, in collaboration with the Guyana Agricultural and General Workers’ Union, funded by the ILO’s Caribbean Resilience Project.

Some of the sugar estates were closed under the previous government, which had stated that the future of the sugar industry here lies in a smaller sector, with reduced losses and cash deficits but coupled with a separate and profitable diversified enterprise, which would ensure a viable future.

In a white paper that was tabled in the National Assembly the then government had said the plan, dubbed, ‘State Paper on the Future of the Sugar Industry’, will focus on the poorly-performing estates and have them shift from sugar to diversification.

“The proposed courses of action are to amalgamate [merge] Wales Estate with Uitvlugt Estate and reassign its cane to the Uitvlugt factory, since the estate is operating at 50 percent capacity. Sixty percent of its drainage and irrigation infrastructure is in a dilapidated condition. The corporation furthermore seeks to divest itself of the Skeldon Estate. The estates of Albion and Rose Hall are to be amalgamated and the factory at Rose Hall is to be closed.”

Three estates
The then administration said  that GuySuCo would then consist of three estates and three sugar factories. The estates would be Blairmont on the West Bank Berbice, Albion-Rose Hall in East Berbice and the Uitvlugt-Wales estate in West Demerara. The three estates will be complete with factories and will have cane supplied from all five locations. By virtue of the amalgamation, the Enmore, East Coast Demerara (ECD) and Rose Hall, Berbice factories will be closed, the white paper noted.

Tue Jun 8 , 2021
Support Village Voice News With a Donation of Your Choice. A 48-year-old man of Loo Creek, Soesdyke-Linden Highway was killed in an accident Monday not too far from where he lives. Dead is pedal cyclist Kumar Persaud age 48 years of Seventh Day Adventist Camp site Soesdyke Linden Highway. The accident involved a pickup GSS 7395 driven by Tamica Prescod […]