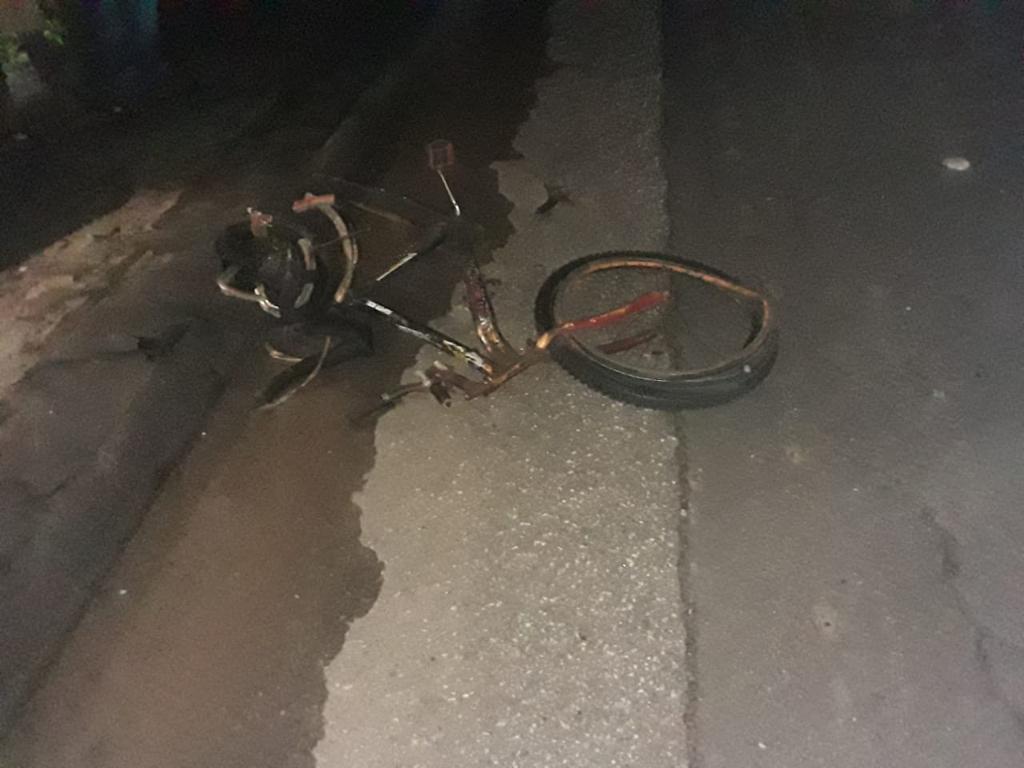 A 48-year-old man of Loo Creek, Soesdyke-Linden Highway was killed in an accident Monday not too far from where he lives.

Enquiries disclosed that the pickup GSS 7395 was proceeding north along the western side of the said road where it is alleged by the driver that the pedal cyclist – who was in front of her – made a sudden turn into her path.

She further contends that on seeing such, she pulled  further east to avoid a collision but despite her effort the left side front of the vehicle collided with the pedal cyclist.

As a result of the impact the pedal cyclist fell onto the road surface, where he received injuries to his head and body.

He was picked up in an unconscious condition by public-spirited citizens and the police and taken to the Diamond Diagnostic Center,  where he was seen and examined by doctors on duty and was pronounced dead on arrival.

The driver is in custody as the body of the deceased is now at  the Lyken Funeral Home  awaiting post mortem examination.

Tue Jun 8 , 2021
Support Village Voice News With a Donation of Your Choice. Bandits Monday hijacked a taxi driver’s car at Rasville. In a press release police said enquiries disclosed that the victim uses the said motorcar as a private hire and according to him, he was at  Georgetown Public Hospital with the said motor car when one of the perpetrators approached him […]