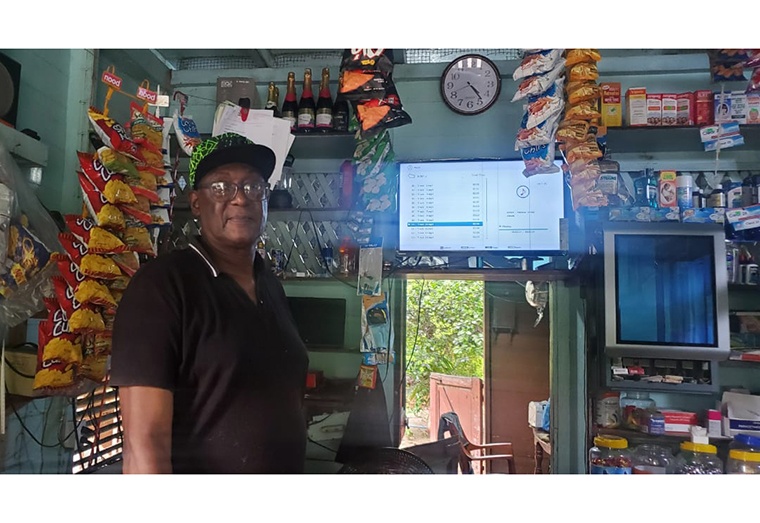 Nestled between Belmont and Bushy Park in the community of Mahaicony, the Village of Perseverance is known for the famous silk cotton tree, located in the middle of the public road, but residents said there is more to the village than the myths surrounding the tree.

With a population of less than 200 persons, most of the residents of Perseverance engage in small scale farming while others work in the public sector, though in the past many of the male residents were pork-knockers, in addition to being farmers.

Sixty-nine-year-old Claude Scotland, who has been operating a shop alongside the main public road for the past 21 years, has lived in Perseverance all his life.

In an interview with Village Voice Newspaper, Scotland said Perseverance is not the vibrant village it once was. He said the village was big on sports, and produced a Test Match Cricketer along with other national players.

“Clive Butts is from here, Leonard McRae is from here, Calvin Burnett they are all people who played cricket for Guyana and they are one and two others. Things have changed over the years, and technology has taken over and people don’t really play cricket anymore. Sports has taken a back seat,” Scotland told this newspaper.

According to Scotland, Perseverance produced talented players, however, over the years, many of the residents migrated and those who have remained have sadly traded their bats and balls for

technology. “Oh yes, we had a wonderful team, we beat all of the teams from Georgetown to Rosignol. We had the best cricket team, the best domino team, we had the best rounders team in those days but now a lot of people have migrated, that’s the first thing, then there is technology, people don’t play like they used to,” Scotland told this newspaper.

Sixty-three-year-old Joseph Simpson is among those national cricketers. Originally from Harmony Hall, Mahaicony, Simpson, who is also a former police officer, had moved to Perseverance with his wife before migrating to the United States of America some 33 years ago.

Scotland, however, admitted that the village is also famous for the Coomacka or Silk Cotton Tree. He said among the myths is that the tree cannot be cut. “I remember when they were building the road, that was in the 60s, they brought a big bulldozer to bulldoze the tree but when they went to bulldoze the tree, the operator became unconscious, when he catch back himself, he said he is not going. They brought another one, the same thing happened. And that’s how the tree left in the middle of the road because they couldn’t get it down,” Scotland relayed.

However, he said what many people don’t know is that the original tree felt in 1983, and was replanted by Gavin D’Aguiar in 1986.

The elderly man said on a daily basis, drivers could be seen racing on the main public road. He posited that the accidents are not caused as a result of the tree but because of reckless driving.

Another resident, 70-year-old Hilton Solomon said it would appear that Perseverance is one of the forgotten villages. “There is absolute neglect,” Solomon told Village Voice Newspaper, adding that the only time residents interface with the national leaders is during the lead up to an election.

“All of the governments, every one of them, during the elections, you see everybody from the president right down but after then you don’t see them back,” he posited.

He said that the village, which engages in farming, lacks a proper drainage and irrigation system.

“The water system is deplorable. Water running red, you can’t drink that. They say Guyana is the land of many waters but all the water we buying now, you can’t even bathe with this water,” Solomon added as he pointed to other issues affecting villagers.

Solomon said too that the unreliable supply of electricity to the residents of the village is of major concern. “Electricity, terrible! Phone, terrible! No good reception,” he lamented.

Weighing in on the issue of poor power supply, Scotland said when the A Partnership for National Unity + Alliance For Change (APNU+AFC) took office in 2015, the number of power outage had reduced significantly, however, since the return of the People’s Progressive Party/Civic (PPP/C) Administration, the situation has deteriorated.

“Before APNU, I had a set of lamps in this shop, battery lamps, solar lights all sort of things because of the blackouts, and when APNU took over, we had no need for that, but now PPP back in power,

I have to buy fresh ones because we already have more blackouts now, than all the years of APNU,” he contended.

According to him, between December, 2020 and May, 2021, the number of power outages have doubled. Scotland said one of his freezers and a number of smaller appliances have damaged as a result of the power outages. “We had 19 blackouts one day. That sound like something normal? Another day, we had 13 blackouts, I had a radio, that I use to catch Gordon Mosely on, that done,” he said.

Scotland also complained about the rapid increase in food items. He said in recent months, business has been on the decline, even as the price for essential items have skyrocketed.

“They use to but right now no body ain’t buying nothing, I wonder what they are eating because business is on the decline, people not getting money, and all of the prices gone up,” Scotland said.

Meanwhile, 94-year-old Alice Solomon, a resident who lives on the border of Perseverance and Belmont, said Perseverance said there is need for more infrastructure development in the village, as well as activities to target young people, to renew their interest in agriculture.

Mon May 31 , 2021
Support Village Voice News With a Donation of Your Choice. By Naomi Marshall  Desserts are known to make life more enjoyable, boosting the moods of persons who often indulge in the sweet or savory treat guiltily. However, the sense of guilt is not necessary if the dessert is low in refined carbs, trans-fats and added sugars. One such treat is […]