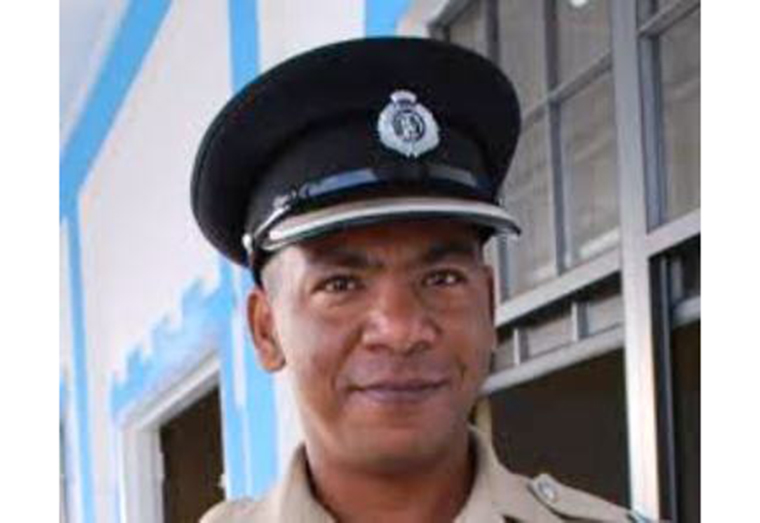 “The intention is, after we were given those trumped up charges, to destroy the Police Service Commission,” Conway, who also sits on the Commission, told Journalist Travis Chase, during an interview aired on HGP Nightly News on Thursday night.

On May 19, 2021, Prime Minister Mark Phillips, in a letter, gave Conway and Slowe up until May 31, 2021 to show cause why they should not be removed from the Police Service Commissioner. “So the plan is, charged Conway, charged Paul Slowe, so then there will be no Service Commission,” he said while noting that he and the others charged are legally powered up and will challenge their removal, and the trumped charges against them.

“I will not rest until I have justice, and I believe in the Judicial Service System in this country that we will have our day in court and we will take action, believe it or not, we will not rest. Me and Paul Slowe, we are already in discussion with our lawyers, we are only waiting on the opportune time,” Conway said.

Slowe, through his lawyer, last Thursday, had also vowed to take legal actions against those who seek to defame his character.

Conway pointed out too that the charge was instituted by the Special Organized Crime Unit (SOCU) – an organization which is headed by Fizal Karimbaksh, who was sanctioned by the Police Service Commission for sexual misconduct within the Force.

“We were investigating an allegation against him, where three female police recruits alleged sexual harassment,” Conway disclosed. He noted that Assistant Commissioner Simon McBean, based on an investigation conducted, recommended charges be laid against Karimbaksh under the Police Discipline Act.

Conway said the Police Service Commission concurred, however, Karimbaksh challenged the case in court but lost. As such, the Commission is proceeding with the charge against Karimbaksh.

He said there were other allegations of sexual harassment made against the SOCU Head.

He noted that the Police Service Commission also took disciplinary action against Assistant Commissioner of Police Calvin Brutus, however, he too, took the Commission to Court and the decision is pending.

Conway said that the Guyana Police Force is highly divided and lacks the public’s trust.

“Dark clouds are hovering over Police Headquarters, and they are moving into the various regional divisions. There is disunity in the Police Force, there is division,” he posited while noting that the division and the lack of confidence in the police force, is affecting crime fighting and public security in the country.

Fri May 28 , 2021
Support Village Voice News With a Donation of Your Choice. According to the Bank of Guyana Quarterly Report, Guyana’s total public debt (domestic and external) has increased by 3.9 percent (US$2,692M) for the first quarter of the year, compared to the last quarter that ended December 2020. This is not a healthy or welcoming sign. Government has to be attentive […]