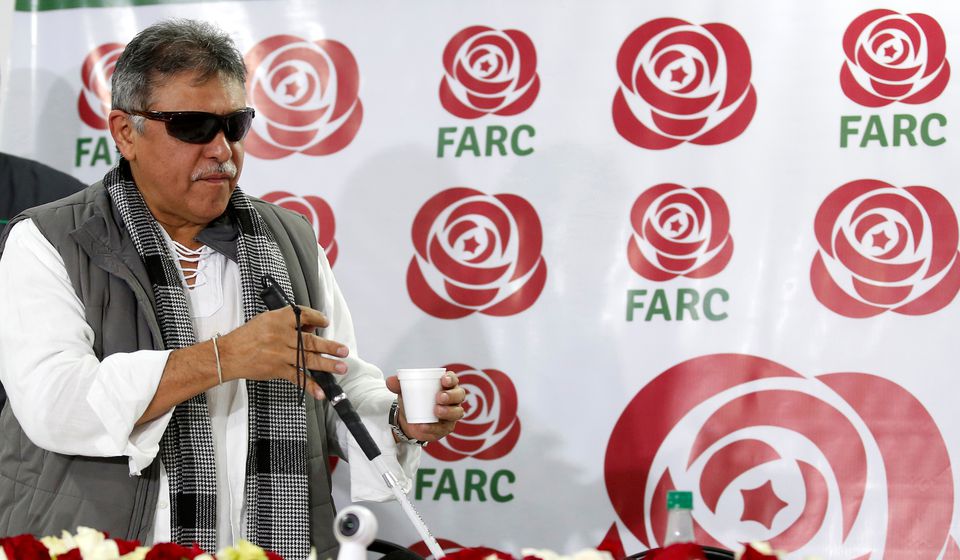 (Reuters) Jesus Santrich, one of the most prominent leaders of a group of Colombia’s former FARC rebels who reject a 2016 peace accord, has been killed in Venezuela in an operation by Colombia’s military, former FARC dissidents said late on Tuesday.

Santrich was traveling by a truck in Venezuela when it was attacked by Colombian commandos the dissident group, which calls itself the Segunda Marquetalia, said in a statement.

Santrich, who initially backed the 2016 peace deal, was wanted by the United States on drug trafficking charges and had long been thought to be based in Venezuela.

“The truck carrying the commander (Santrich) was attacked with rifle fire and grenades,” the statement said, adding that the Colombian commandos left in a helicopter following the attack.

Colombia’s ministry of defense did not immediately respond to a request for comment.

Earlier on Tuesday Colombia’s Defense Minister Diego Molano said the government was working to confirm if Santrich had been killed in Venezuela.

“Intelligence information signals that alias Santrich and other criminals were killed in supposed confrontations which took place yesterday in Venezuela,” Molano said on Twitter. “Information being verified. If confirmed, it proves Venezuela harbors narco-criminals.”

The Venezuelan government did not immediately respond to a request for comment.

In March Molano blamed fighting for control of drug trafficking between the Venezuelan military and illegal armed groups, including former FARC rebels, for violence which caused thousands of people to flee to Colombia. read more

Colombia’s government accuses Venezuelan President Nicolas Maduro of harboring dissidents, while Maduro has said his country is a victim of criminals.

About 13,000 members of the Revolutionary Armed Forces of Colombia (FARC) demobilized under the peace deal, which ended the group’s part in more than 50 years of conflict.

The group’s former members have formed a legal political party and are participating in transitional justice proceedings, but about 1,500 former rebels refused to give up arms.

The United States said last year it was offering rewards of up to $10 million each for information leading to the arrest or conviction of Santrich, whose birth name is Seuxis Hernandez, and Ivan Marquez.

Marquez, one of the negotiators of the peace accord, disappeared in 2018 after his nephew was arrested and bundled off to the United States.

Santrich had been set to serve in one of 10 congressional seats granted to former rebels, but he was indicted by the United States, sparking months of legal wrangling, before he too disappeared in mid-2019. Both men reappeared in an August 2019 video announcing a new offensive against the government.

Wed May 19 , 2021
Support Village Voice News With a Donation of Your Choice. The Central Islamic Organization of Guyana (CIOG) hosted a Medical Outreach at the No. 55 Village  Masjid last Sunday. Blood Pressure and Glucose testing and HIV, Syphilis and STD testing were among the services offered. The Islamic Organisation also facilitated a blood donation drive and offered general medical checkups as […]