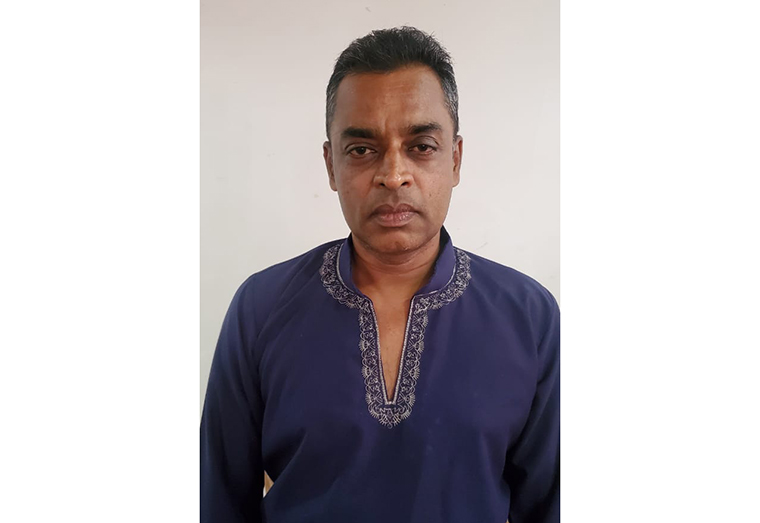 The conditions under which rice farmers will be made to operate going into the second crop are likely to further deteriorate as the country experiences abnormal rainfalls, General Secretary of the Guyana Rice Producers Association (GRPA), Dharamkumar Seeraj said, even as he called on farmers to take all necessary precaution to protect their crop.

In an exclusive interview with Village Voice News, Seeraj, who is also a Government Member of Parliament, said due to the change in the weather pattern, farmers are likely to experience greater challenges in land preparation, planting and harvesting during the second crop, than they did during the first crop.

“They should try to maximise on the dry weather days that would be available, and to be extremely careful at the time of sowing, because, now because of the poor weather conditions, the germinating seeds would be facing a lot of challenges, the place is going to be a little bit colder than usual, [and] when the place is cold the seeds don’t germinate as quickly as possible,” the GRPA General Secretary explained.  He noted too that the regulation of water during planting and early season pests such as water weevils, snails and slugs will also pose a number of challenges.

Undoubtedly, the change in the weather pattern is linked to Climate Change, which continues to take a toll on agriculture production globally.

“Because of two wet seasons, we would sow in the wet to harvest in the dry,” Seeraj posited. However, he said during the first crop in 2021, the rain came earlier than usual.

According to Seeraj, the changes in the weather pattern occurs every seven to eight years as a result of climate change. He said the early rainfalls in March disrupted harvesting which was ongoing at the time.

“So once we would have sown December-January to harvest March-April, the rain started in March, and affected a lot of farmers’ harvesting and created conditions that were challenging to harvest and to transport resulting in a lot of farmers loosing acreage and also loosing paddy when they were transporting,” the GRPA General Secretary explained.

He said as a result of the challenges in harvesting and transporting the crop the cost of production increased. The production cost is likely to increase further.  “So the weather is challenging right now, and going into the second crop 2021, what you will find happening is that farmers would be faced with additional expenses to cultivate in challenging conditions,” he reasoned.

In normal circumstances, once harvesting is completed, land preparations begin for planting in May-June, however, while some farmers were able to harvest ahead of the rain in March, others are still waiting to harvest their crop.

“Sowing has started in a number of areas while some people are still to harvest and normally you would harvest rice between a 105 and a 110 days but now, you have some rice over a 140 days old. Farmers have not been able to harvest because of the weather condition,” he explained.

He posited that land preparation has and will continue to pose a challenge during the rainy season.

“Now, to get a good yield, the process starts with dry land preparations, if you don’t achieve dry land preparations, then your yield starts coming down. Secondly, high quality seed paddy, if you don’t have access to high quality seed paddy then that will affect your quality and your yield for the crop you would be cultivating,” the GRPA General Secretary explained.

He iterated that heading into the second crop, the challenges are more than likely to increase.

Seeraj suspects that in some areas farmers would not be able to cultivate sections of their fields during to the poor weather conditions. He said overall, there may be a drop in production.

“They were targeting about 225,000 acres, that amount of acreage was cultivated and the yields for the early rice that was harvested [before the rain] were excellent but now because of the weather conditions the yields are said to be harvested, those yields are going to come down, and some amount of acreage will be partially lost, and there will also be total loss for some people,” he explained. Seeraj said a true reflection of the overall impact would be known following the second crop when an analysis of the situation is done.

He said both the Government and the GRPA have been providing support to rice farmers during this difficult period. He said Government has a responsibility to provide access, drainage and irrigation. “So they would dry to mitigate as much as possible, the adverse effects of these kinds of things by providing adequate drainage, by trying to repair the dams as they become bad. At the association we are trying to make as much as possible high quality seed paddy available to our farmers. We have two facilities one in Region 3 and One in Region 2 that is making available seed paddies to farmers,” Seeraj explained.

He also used the opportunity to advise farmers to apply their seed treatment to protect their crop against the early season pest.

The community of Coverden: Peaceful but in need of Development

Sun May 16 , 2021
Support Village Voice News With a Donation of Your Choice. By Lisa Hamilton   The community of Coverden along the East Bank of Demerara is a peaceful one. Residents boast that it is free of serious crime and knitted together with families which share amicable relationships. However, though relations are good, many in the community are concerned that for years there has been […]