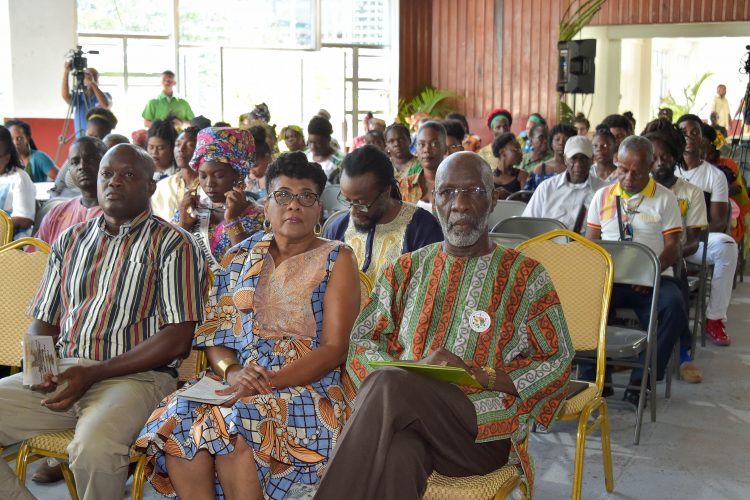 The African Cultural & Development Association has restated its position for a Government of National Unity and rejects the present US/IRI/PPPC plan, which is being thrust on the nation in the name of reforming the elections laws and by extension the governance of the country.

In a statement Friday, ACDA joined the Guyana Human Rights Association as well as the main opposition in condemning the IRI-led plan. “Constitutional Reforms of the electoral system is tied to the governance system, a national reality since the struggle for independence to the present: given the importance to the African Community and the Nation, ACDA views the exclusion of African Organisations, other stakeholders, and the Parliamentary Opposition from the initial process as an attempt to undermine the fundamental interest of the African Community and other groups.”

According to ACDA, it will not endorse the destruction of African-Guyanese interest even if the political party that the majority of African Guyanese empowered to be their political representatives chooses this path willingly or unwillingly.

“Since these developments are taking place in the context of unprecedented wealth from our oil and gas resources ACDA calls on African Guyanese to be vigilant and not to be co-opted in a process designed to undermine our fundamental interest – that goes beyond elections. We say no to African-Guyanese exclusion whatever is the pretext,” ACDA stated.

ACDA also reiterated its position that the “ Winner Takes All” system of Governance here prevents Guyana from reaching its full potential, discourages Guyanese from putting their best energies and talents to the country’s development which results  in a racially and economically  polarised Guyana that prevents Guyana from being true to its motto of one people one nation and one destiny. “The 2020 election crisis is a product of this un-workable form of governance,” ACDA.

Only on Thursday the Executive Committee of the Guyana Human Rights Association (GHRA) deemed “untimely and ill-conceived” the electoral reform project to Guyana funded by USAID and led by the International Republican Institute (IRI).

In a statement to the media on May 13, the Executive Committee stated that the intention of electoral reform is unlikely to be met through the IRI’s proposed strategy. The Committee said that not only was the project prematurely launched but it will only put Guyana in a worse position if executed during the early life of the current Government.

“The timing of the project is wrong, the implementing Agency is unacceptable and the preparatory groundwork has not begun much less completed. While still a whole-hearted proponent of electoral reform, the GHRA is concerned that moving forward on this project will not only fail to achieve its goal but will also further postpone the prospects for the future reform that Guyana so badly needs,” the Committee stated.

“Launched prematurely, the reform process will inevitably become embroiled in the endless bi-partisan recrimination over the last elections rather than address the decades of structurally dysfunctional elections. To this extent electoral reform needs to come later in the life of the present Government.”

It was only on Tuesday that a high-level meeting with the Guyana Elections Commission (GECOM) and the IRI, intended to discuss Electoral Reform in Guyana, was aborted following objections from the three opposition-nominated commissioners.

In an interview with reporters, moments after the abrupt end of the meeting, Commissioner Vincent Alexander explained that the opposition-appointed commissioners — himself included — expressed the need for the Government to formally inform the Commission on the project.

With the full backing of the U.S Department of State, the IRI is executing an 18-month project to strengthen the capacity of GECOM and the Attorney General’s Chambers. The project is centered on electoral reform in accordance with regional and international standards.

However, the GHRA Executive Committee believes that the fundamental challenge to electoral reform in Guyana is the vulnerability and ease of ethnic manipulation by political parties and, unless this is addressed, positive change will not come.

“Resolving this deep-seated issue cannot begin with elections. In political terms, the foundational work for electoral reform consists of building compromise across all sectors. This is the preparatory task which should begin immediately. Success requires each and every organization in the country to make compromises,” the Committee advised.

It further suggested that opportunities be seized to cooperate with organizations of other ethnicities and ensure governing Boards are inclusive – whether they be sports federations, religious associations, trade unions and business, cultural or philanthropic.
Chosen with inclusiveness in mind, the GHRA Executive Committee said that such Boards can become genuine mechanisms for change and begin to mean something more than the “tokenism and nepotism” which characterizes too many such Boards at present.

Apart from this, the Committee opined that the selection of the IRI to lead the electoral reform project is a “bizarre choice”. It said that while the IRI was useful in previous eras, unfortunately, this is no longer the case.

“Board members listed on the IRI web-site is a veritable who’s who of the Republican establishment, including party grandees such as Senators Lindsay Graham, Marco Rubio, Mitt Romney and Dan Anderson. With the exception of Mitt Romney none of these IRI stalwarts have publicly distanced themselves from the Trump-led mayhem following the November US election results, nor from the persecution of Congresswoman Cheney for doing so, nor from the on-going Republican campaign to disenfranchise voters in traditionally democratic States,” the Committee pointed out.

It said that Guyanese have nothing to learn from an institution whose parent body is a leading influence in “global fascism”.  The GHRA recommended that if external electoral assistance is needed in Guyana, CARICOM in general and Jamaica in particular, would be the best place to start. This should be suspended.

Sat May 15 , 2021
Support Village Voice News With a Donation of Your Choice. …180 new cases, 16 persons in ICU   Guyana on Saturday recorded three more Covid-19 deaths pushing the total deaths here to 338. Also 180 new cases were recorded and 16 persons are listed as critical and in the Intensive Care Unit. In a press release the Ministry of Health […]