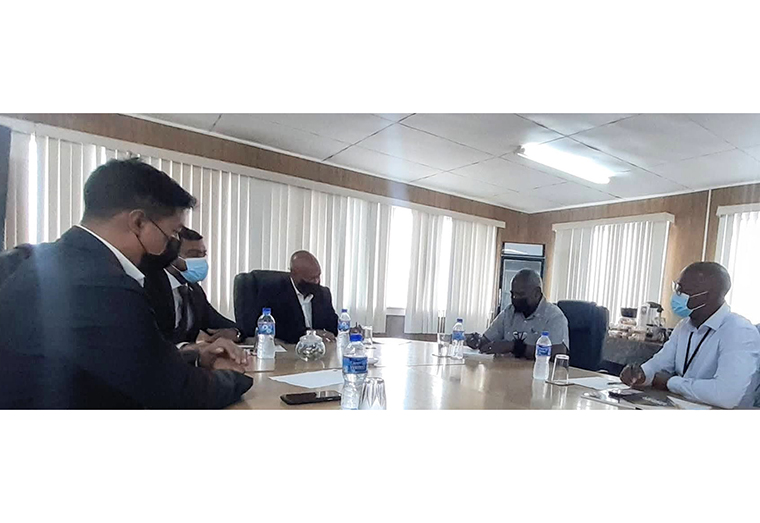 Home Affairs Minister Robeson Benn has acknowledged a spike in crime here and committed to working with the business community in addressing their concerns.

President of the Georgetown Chamber of Commerce and Industry (GCCI), Timothy Tucker said that the Chamber has received favourable feedback from Benn about their concerns raised about the recent spike in criminal activities in Guyana.

In a statement hours after a man was shot dead in Charlestown, Georgetown the GCCI had sent out a statement indicating its concern with the escalating crime rate. “The perpetuation of these violent crimes is of great concern to the members of the Chamber as it directly impacts the welfare of the citizens and enterprises of the country,” the GCCI said.

Subsequently, Executives of the Chamber met with Minister Benn to further discuss their concerns and possible solutions. Tucker said: “Minister assured us and he has created a communication system between him, ourselves and the Police Force. He has outlined to us a number of steps that the Government and the Police Force has taken to curb [crime]. He recognized that there has been a spike.”

Recently, popular member of the business community, Harry Mattai, was stabbed to his back after two bicycle bandits attacked him while he was entering his Bel Air Park, Georgetown, home. Tucker said that this and other cases is why the GCCI has engaged the Minister about more community patrols and greater access to CCTV cameras.

The GCCI President said that the business community has been assured that shortcomings are being addressed. This is even as President Irfaan Ali said at a press conference on Wednesday that there is only so much his Administration can do with its limited resources to fight crime.

“We cannot do this alone. The private sector must be our partners. We look to their collaboration in providing support and oversight at every level,” the President said.

Meanwhile, Tucker also spoke with the Village Voice News about his take on the management of the COVID-19 pandemic in Guyana. He said that his position is that while businesses that flout the guidelines should definitely face the brunt of the law, ultimately, it is the personal responsibility of individuals to protect themselves by practising what they know is right.

“At the end of the day, the way we handle COVID lies on individuals. Every business I’ve gone into has somebody at the door testing your temperature, telling you to wash your hands or spraying your hands with hand sanitisers…what I’ve not seen is the public walking down the road, everybody, with their masks on,” he said.

“I know that there have been breaches. I believe that whenever there are breaches those businesses have to face the consequences of breaching those guidelines but, having said that, I believe that the way out of this is vaccination.”

Tucker encouraged all eligible Guyanese to take the vaccine noting that around the world, countries that have achieved herd immunity have been able to reopen to some resemblance of normalcy. He also encouraged persons not to become complacent when they take their first dose, but to remember that the second dose is absolutely necessary.

Mon May 3 , 2021
Support Village Voice News With a Donation of Your Choice. Dear Editor, Permit me to comment on Vishnu Bisram`s letter of May 1, 2021, in which he engages in his usual fetish of castigating the PNC. On this occasion, he also castigated David Hinds for not admonishing Amanza Walton-Desir for what he, Bisram, describes as racist remarks that she uttered […]