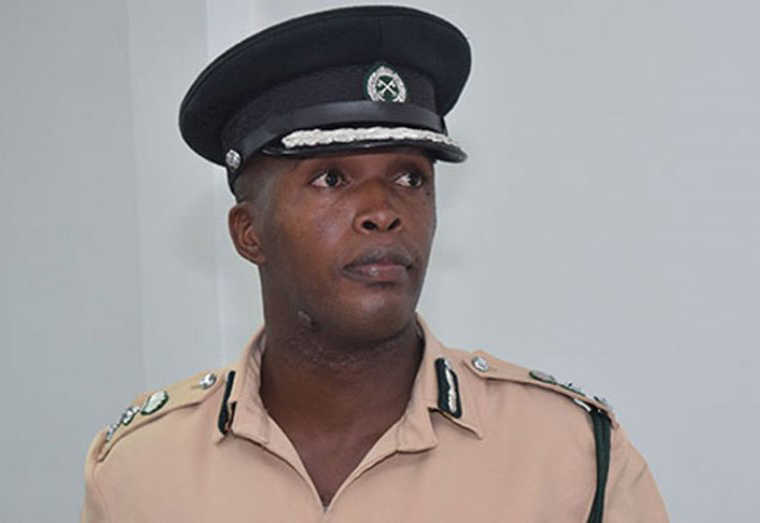 Director of Prisons, Gladwin Samuels has been removed from his position and is now the assistant coordinator of the recently recreated unit at the Ministry of Home Affairs that deals with People Smuggling.

In a statement issued through attorney, Selwyn Pieters it was said that on December 14, 2020, Samuels was instructed by letter to proceed on 132 days of vacation leave effective December 15, 2020. This vacation leave had accumulated over a period of time and comes to an end on Sunday, April 25, 2021, Pieters said. According to Pieters in anticipation of resuming duty, Samuels wrote the Ministry of Home Affairs on April 23, 2021 notifying the Minister, Robeson Benn of the upcoming end of his vacation leave.

“In response, by letter dated April 23, 2021 the Director was informed that he will be attached to the Ministry of Home Affairs where he is currently the substantive Director of Prisons as the Assistant Coordinator on People Smuggling with effect from April 26, 2021; that attachment will be on a full-time basis until further notice; and that he is required to report to the Minister of Home Affairs who will appraise him of the details pertaining to his duties,” the statement read.

“The director wishes to thank all members of the Joint Services, Guyana Prison Service, the public and media for their cooperation and support during the time it was his privilege to be Director of Prisons.”

Queen’s College does it again!

Sat Apr 24 , 2021
Support Village Voice News With a Donation of Your Choice. – Cops top spot at both CSEC and CAPE Queen’s College has copped the top spots at both the 2020 Caribbean Secondary School Education Certificate (CSEC) and the Caribbean Advanced Proficiency Examination (CAPE), Minister of Education, Priya Manickchand has announced. Bhedesh Persaud has topped the country at the CSEC Level […]