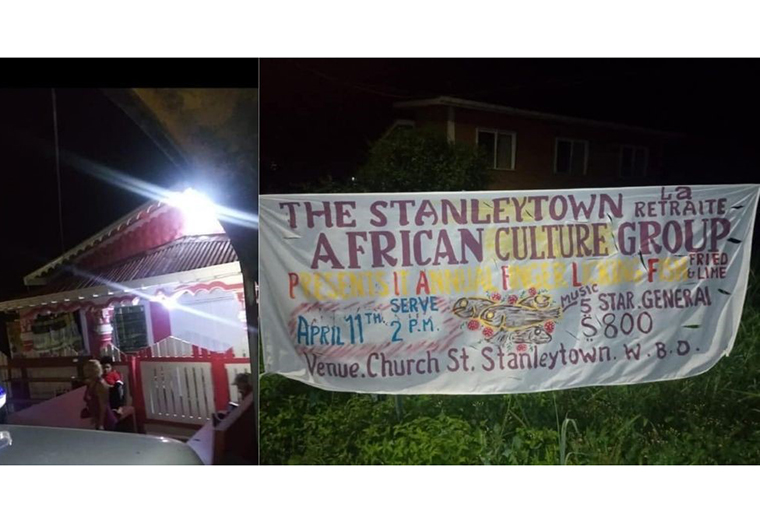 Partygoers fled the scene of a house party on Sunday night at Lot 60 Church Street, Stanleytown, after the members of the Guyana Police Force (GPF) pounced on them to halt their breaches of the COVID-19 Emergency Measures.

The GPF Region Three Division reported that several persons were arrested and vehicles were towed away from the location after the force received a tip.

“The police ranks went to the said location where several vehicles were observed parked along the street. When those at the party saw the police ranks approaching, they reportedly started running ‘helter skelter’ from the unfinished bottom flat of the house where the party was held, to the upper flat in a bid to escape,” the police reported.

Ultimately, a 30-year-old self-employed woman who allegedly hosted the party was arrested. Meanwhile seven persons –five drivers along with two occupants– were arrested after they came out of the nearby bushes and went to claim ownership of their vehicles when a tow truck was summoned to the location to remove them.

Six vehicles were lodged at the La Grange Police Station Compound and one at Wales Station Compound. Also, part of the music system at the party was retrieved and lodged.

According to Police Commander for Region Three, Senior Superintendent Errol Watts, the persons arrested were placed into custody at La Grange Police Station for breach of restrictions on social activities, pending charges.

Mon Apr 12 , 2021
Support Village Voice News With a Donation of Your Choice. …President says no attempt to interfere with the discharge of their functions will be tolerated Members of the Local Government Commission (LGC) were sworn in on Monday for a three-year term by President Irfaan Ali who vowed that no attempts to sidetrack the work of the members will be tolerated. […]