President Irfaan Ali has vowed to residents of Region Ten that his Administration will bring economic wealth to their communities and that party politics will not influence their access to housing, land development, small business financing, healthcare, job creation, and more.

This was the message he took to Linden on Thursday as part of a Regional outreach. Present were Members of Cabinet along with members of the public and representatives of various groups including the Women’s Group, Farmers Group and Forestry Group.

“My government has made it very clear that our only intention is to serve the people of this country and serve all the people of this country.  You not only have our commitment but the people of Region 10 can rest assured that you have a President and a Cabinet and a Government who are ready to fulfill its mandate and commitment to uplifting your lives and making your lives better. I assure you that this government is ready to work with every single Guyanese … I do not concern myself with the politics of any community, I concern myself with the welfare of the people of the communities,” the President said, according to a release from the Office of the President.

The President acknowledged the needs of the community, particularly as it relates to access to housing. He said that, over the years, there has been a sloth in the development of the sector as the investment was not there to satisfy the demand in the region.

However, he encouraged residents that through communication among the various agencies, a strengthened link to central government can be developed to ensure economic wealth comes to their communities.

He stated: “We are fixing a system that was broken; to fix that system requires all of us to work together. The Regional Democratic Council identifying where the broken bones are, working with the central government and the central government will work with the RDC…that is what will lead to development. The first thing that is essential is communication. That is why we are here today to communicate directly to the stakeholders, to listen directly to the stakeholders and to formulate a plan and a programme that all of us will be proud to be associated with.”

He also promised see that resources were injected into access to lands and the transformation of land into assets. President Ali also announced Government’s intention to work with farmers to develop a master plan through which they can increase their productive capacity in agriculture.

Meanwhile, he told the gathering that the creation of employment within the communities is high on his Government’s agenda and will be supported by developments in Information and Communications Technology (ICT), particularly with the establishment of a call Centre in the region.

“We now have to get the telecommunications sector to up the bandwidth to make investment here so that we can redirect traffic here to establish call centres, create jobs, increase the disposable incomes of families, giving them greater ability and capacity to participate in the economy; those are the types of things we are targeting,” he explained.

He also pointed to the important role the Private Sector will play in the overall development of the Region.

In welcoming the President and the delegation, Regional Chairman, Deron Adams assured them that the Region will work “hand and glove” with the Government to realise the development aspirations of the communities.

He also pointed to several immediate needs including access to housing, financing for small businesses, improved access to primary healthcare, and the formulation of an Economic Implementation Plan among others.

Thu Jan 14 , 2021
Support Village Voice News With a Donation of Your Choice. ….Min Ramson says GCB will not be recognised until it complies with the Cricket Administration Act  The Ministry of Culture, Youth and Sports has banned the Guyana Cricket Board (GCB) and its members from utilising the Guyana National Stadium with immediate effect over an alleged breach of the Cricket Administration […] 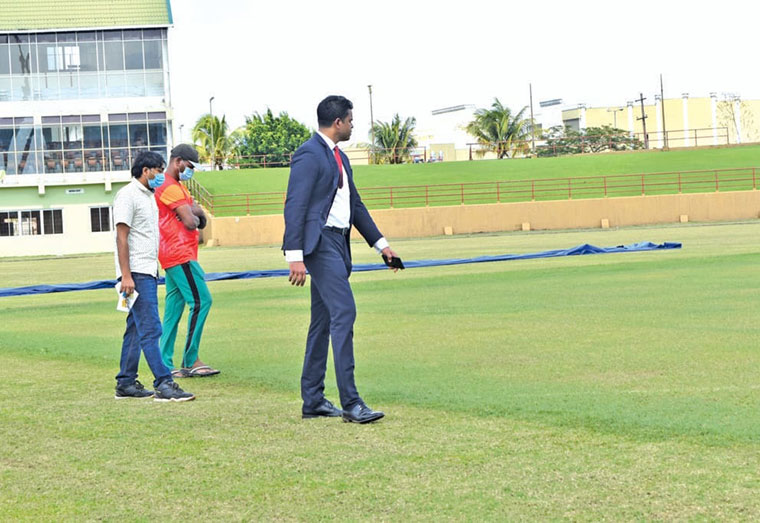