Lahore High Court said a virginity test is ‘invasive and an infringement on the privacy of a woman to her body’.

Aljazeera (Islamabad, Pakistan) – A Pakistani court has banned the use of virginity tests on female rape survivors in a landmark ruling that is being lauded by women’s rights activists.

The Lahore High Court on Monday ruled that the tests, conducted as a matter of routine by medico-legal examiners in rape cases across the South Asian country, were “invasive and an infringement on the privacy of a woman to her body”.

“Virginity testing is highly invasive, having no scientific or medical requirement, yet carried out in the name of medical protocols in sexual violence cases,” reads the verdict issued by Justice Ayesha A Malik.

“It is a humiliating practice, which is used to cast suspicion on the victim, as opposed to focusing on the accused and the incident of sexual violence.”

Justice Malik ordered the immediate suspension of the practice – which is not mandated explicitly in Pakistani law or legal procedure, but remains a routine part of rape investigations – across the country and ordered authorities to develop new protocols.

The current protocols involve a so-called “two-finger test”, wherein a medical examiner, usually but not always female, examines the hymen and vaginal area of rape survivors to establish whether or not they are virgins.

According to a 2018 United Nations report, virginity tests are still widely practised in at least 20 countries worldwide, even though they may be illegal in those jurisdictions.

A joint statement by the UN Human Rights division, UN Women and the World Health Organization held that the use of the virginity test in rape cases was often used to impugn the dignity of the survivor.

“In the evaluation of victims of rape, the examinee’s virginity has no bearing on whether or not rape occurred, nor does it predict how traumatic or severe the effects of rape will be on an individual,” reads the statement.

“The result of this unscientific test has an impact on judicial proceedings, often to the detriment of victims and in favour of perpetrators, which results in victims losing court cases and perpetrators being acquitted.”

“Today’s judgment is a welcome development and much needed step in the right direction for improving the investigative and judicial processes and making them fairer for victims of sexual assault and rape,” read a statement by the petitioners, a group of rights activists, lawyers and journalists, in the Lahore High Court case.

“It is hoped that the judgment will be implemented by all concerned authorities to ensure that such unlawful practices are immediately discontinued/prohibited and that medico-legal examinations are carried out in a manner that safeguards the physical and mental wellbeing of all victims of sexual assault.”

Violence against women is common in Pakistan, with high rates of rape, sexual assault and other forms of gender-based violence, including so-called “honour killings”, say rights groups.

The country ranks 130th on the UNDP’s Gender Inequality Index and 151st, or third-last, on the World Economic Forum’s Global Gender Gap Index.

Premarital sex is a crime for both men and women under Pakistani law, and can carry a prison sentence of up to five years, although that law is seldom enforced.

In her verdict, Justice Malik noted that courts often used language laced with judgement of a woman’s character based on the results of the virginity test, especially if she was not married.

“Often enough the opinion of the medical officer is carried into the judgments of the court and language such as habituated to sex, women of easy virtue, habitual to sexual intercourse, indulging in sexual activities are used to describe the victim,” Justice Malik writes.

“The basis being that a woman habituated to sex, is likely to have raised a false charge of rape or sexual abuse.”

In December, the government passed a temporary ordinance, subject to parliamentary ratification to become permanent law, that strengthened anti-rape laws and legalised the chemical castration of serial sexual violence offenders.

The ordinance also banned the use of the “two-finger test”, Pakistan’s Human Rights Minister Shireen Mazari said on Monday.

Tue Jan 5 , 2021
Support Village Voice News With a Donation of Your Choice.   LONDON (AP) — Prime Minister Boris Johnson announced on Monday a new national lockdown for England until at least mid-February to combat a fast-spreading new variant of the coronavirus, even as Britain ramped up its vaccination program by becoming the first nation to start using the shot developed by […] 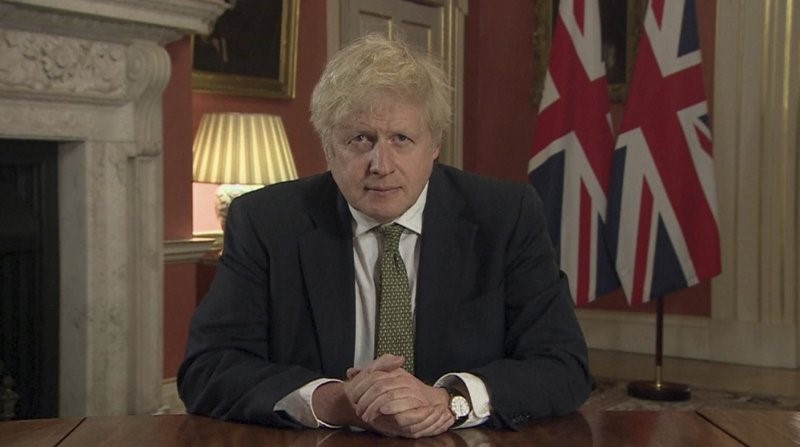