In a statement, the GGDMA called on “the relevant authorities to root out these illegal miners” stating that “no effort must be spared, and all resources of the enforcement agencies must be brought to bear against those who encroach and disturb areas that are protected, restricted and outside of the mining zone”.

The GGDMA said while it supports the rights of miners and will continue to advocate for miners’ rights it “will not tolerate, support, or encourage illegal mining.”

“Everyone must respect the protected areas of Guyana and the restricted zones,” the Association said.

The Iwokrama International Centre on Saturday said it is offering a reward to persons who can assist in the arrest and successful prosecution of those engaged in illegal activities within its protected forest, after the discovery of illegal mining and fishing operations.

Last week, the Centre’s monitoring team, which included the Ministry of Natural Resources Corp of Wardens and Police, came under fire from miners who were engaged in the illegal operations within the Iwokrama protected forest and in the one kilometer buffer zone on the other side of the Siparuni River.

“Due to the unexpected nature of the operation the team found itself targetted by gun fire from miners who quickly scampered away into the forest. One arrest was made and the person is before the courts,” the statement said.

In a statement, the Iwokrama International Centre said that the intrusions of illegal mining operations are being perpetuated by individuals who are “taking advantage of the current restrictions and lockdown protocols established to combat the COVID-19”.

Meanwhile, the GGDMA said it will continue to work with the mining authorities to help stem the scourge of illegal mining which not only deprives the country of revenue but also encourages some of the worst mining practices and illegal activities.

“We call on all miners to respect the mining regulations in place and to work with the authorities to help improve the industry. Illegal mining must end.  Protected areas must be respected,” the mining association said.

Sun Nov 1 , 2020
Support Village Voice News With a Donation of Your Choice. – says time to harness collective energy of Caribbean people President Irfaan Ali on Saturday urged the participants of the Inter-American Development Bank (IDB) Pivot Programme to share not only their plans for the future, but also their moonshot mindset. President Ali gave this charge virtually during the IDB’s unveiling […] 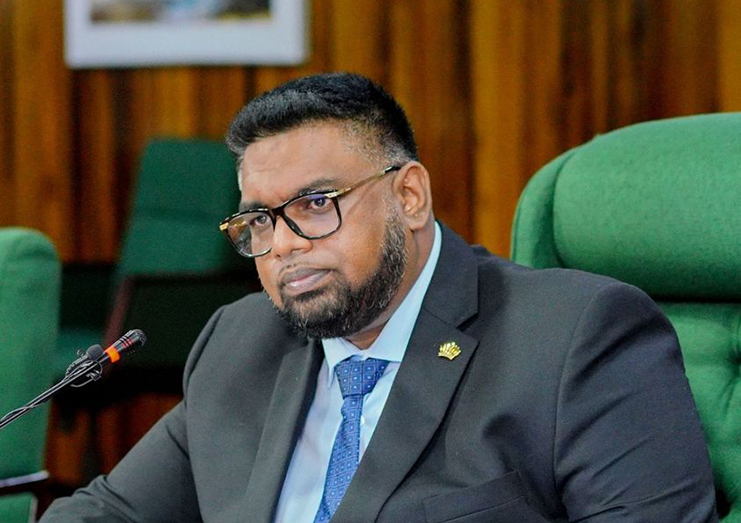