Right-wing leader of Latin America’s most populous country also says that he will not pay for the Chinese vaccine under clinical trial in Sao Paulo state.
Brazilian President Jair Bolsonaro, a longtime critic of stay-at-home measures to combat the coronavirus pandemic, has said that it was “crazy” for countries to start locking down again to control second waves of the virus.
Bolsonaro made the statement on Thursday, as he also declared that he will not pay for the Chinese coronavirus vaccine that is under clinical trial in the city of Sao Paulo state.


“Dear Sao Paulo Governor (Joao Doria), I know you’re passionate. You know this but no one is going to take a forced vaccine, it would be difficult,” the president said in a rambling statement.

“Find another. I am the government, the money is not mine but the people’s. I am not going to buy your vaccine also. Find another to buy your vaccine.”
Most Western countries and parts of Latin America have reported their highest single-day surges in the past few weeks.
Many governments, with the notable exception of the United States, have started taking stronger measures to bring the latest outbreaks under control.
Since the pandemic began, Bolsonaro’s coronavirus policy has echoed that of US President Donald Trump expressing resistance to lockdowns because of their effect on the economy.

‘No to Chinese vaccine’
Last week, Brazil’s right-wing president also appeared to reject a decision by his own health minister to buy 46 million doses of a vaccine from China’s Sinovac Biotech saying: “We will not buy a Chinese vaccine.”

Brazil has the second-deadliest outbreak of the coronavirus, after the US and has reported more than 159,000 deaths.
It also has the third-highest number of infections at 5.5 million next to the US and India.
Meanwhile, Brazil’s health regulator, Antonio Barra Torres, said he expects the country to have a vaccine against COVID-19 approved and ready for use in a national inoculation programme by June 2021.

Torres told the Reuters news agency on Thursday that his regulatory agency, also known as Anvisa, has not decided on the minimum efficacy but said the agency had approved vaccines in the past with less than 50 percent effectiveness.
Health authorities in Europe are debating whether to accept a so-called efficacy rate of less than 50 percent to be able to deliver a vaccine sooner, the Wall Street Journal newspaper reported this week.

Sandra Gallina, director-general for Health and Food Safety at the European Commission told EU legislators in a hearing that the article was speculative, but then added that it was not rare to have vaccines that work with only 50 percent efficacy.

Torres said Brazil could register more than one of the four candidates now being tested in the country – from Oxford University/AstraZeneca, China’s Sinovac Biotech, Pfizer in partnership with BioNTech and Johnson & Johnson’s pharmaceutical subsidiary Janssen – irrespective of their country of origin.
“The origin of the vaccine has no bearing for us, there is no prejudice,” he said.

Russia has agreed to supply its Sputnik V vaccine to the Brazilian states of Parana and Bahia, but it must first be tested and approved by Anvisa. Torres said that, to date, the agency had received no data or request for approval of Sputnik V trial protocols.

Torres said the Butantan Institute and the federal FioCruz biomedical centre in Rio de Janeiro have the capacity to produce millions of doses of vaccines for Brazil and probably for other Latin American nations.

Anvisa is in talks with some countries in the region about them accepting its registration of vaccines manufactured in Brazil, he said. (Aljazeera)

Fri Oct 30 , 2020
Support Village Voice News With a Donation of Your Choice. A senior official with Tigray People’s Liberation Front, the regional governing party, says Abiy has no mandate to decide appointments, troops’ movement. A brigadier general has been blocked from taking up a posting in Ethiopia’s northern Tigray region, an official said on Friday, escalating a dispute between the region and […] 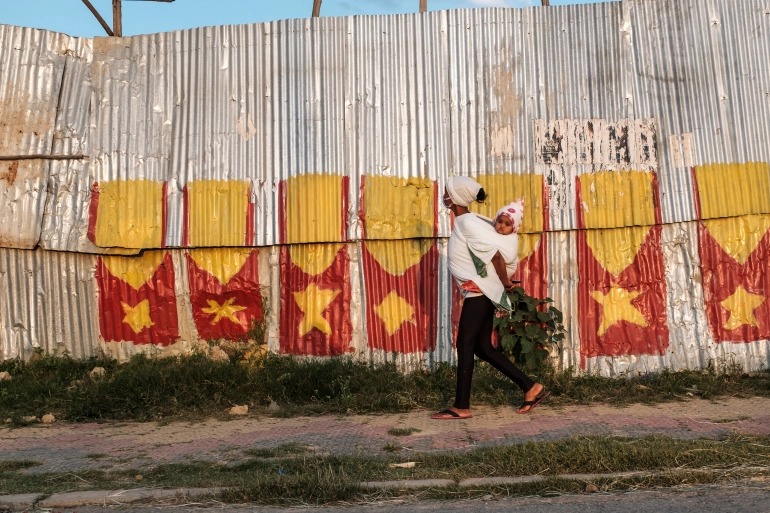