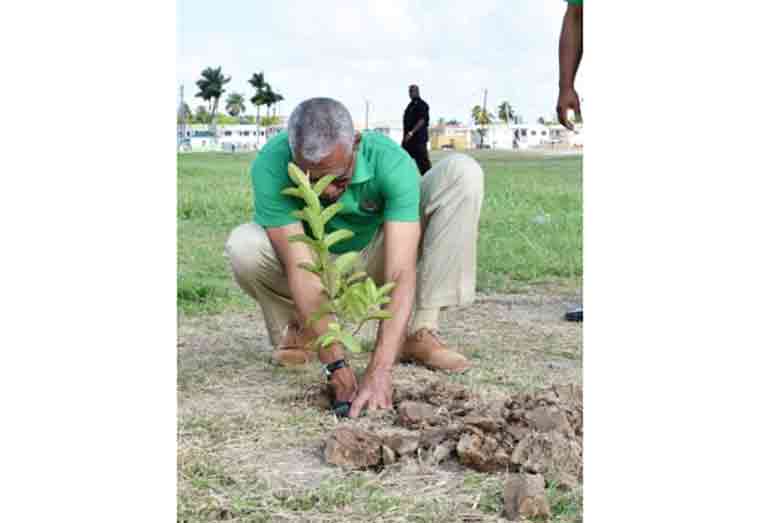 Comparing the present-day challenges of environmental security with the long-standing threats to territorial security, Former President David Granger urged the Government, citizens and civil society to adopt common positions as Guyana prepares to participate in the UN Climate Change Conference, COP 26, in Glasgow, Scotland next week.

According to a press release by his office, Speaking on Friday on his television programme – The Public Interest – the Former President expressed dismay at the PPP administration’s decision to wait until Thursday 28th October to publicise aspects of its intended presentation to COP 26 and to launch a four-month long consultation process. This gave the public little time to comprehend the proposals and to recommend changes to the strategy before the Conference takes place.

Comparing the two strategies, Mr. Granger said that the original LCDS was opportunistic and cash-motivated while the GSDS was holistic and development-driven. Given Guyana’s complex environment – comprising the coastland, grasslands, highlands, islands, wetlands, rainforests, rivers, waterfalls and lakes – which are vulnerable to the adverse effects of climate change in different ways, he urged that there should be careful consideration of the causes of the country’s two worst catastrophic floods, in 2005 and 2021, both under PPP administrations.

The entire country, Mr. Granger advised, needs to pay close attention to what the administration was saying and to insist on wide, prior consultation and consent to the so-called LCDS 2030 which will affect us all for decades to come.

Forde throws hat in the race for chairmanship of the PNCR

Sun Oct 31 , 2021
Support Village Voice News With a Donation of Your Choice. As the race heats up for the leadership of the People’s National Congress Reform (PNCR), Opposition Member of Parliament, Roysdale Forde, S.C has signaled his interest in becoming the party’s next Chairman. Forde – a Senior Counsel – made the disclosure during the Mark Benschop Show just days ago. The […]