For the first nine months of this year, corporation tax rose by $216 million, amidst an overall $170 million decline in tax revenue.
Delivering his quarterly review on Wednesday, Haynes said the increase in corporate taxes reflected the combined impact of higher tax rates on companies that derived their income solely from foreign exchange earning activities and from higher profitability in 2019.
Adding that the global business sector had proven advantageous to the Barbados economy this year during the severe downturn, Haynes said it was the leader in helping Government to maintain a “reasonable level of revenue”.

“The revenue has fallen, but it would have been worse if not for the international business sector contribution to corporation taxes. Therefore, it would put us in a pickle if we also did not have access to the increased corporation taxes that we had during the second quarter,” said Haynes.
The Central Bank Governor said he was therefore very concerned about the EU’s decision to keep Barbados on its list of non-cooperative jurisdictions for tax purposes.

At the beginning of this month, the EU announced the “blacklisting” of Barbados due to it remaining on the “partially compliant” list of the Organisation for Economic Cooperation and Development (OECD) Global Forum on Transparency and Exchange of Information for Tax Purposes.
Barbados had made required changes to its tax exchange framework, which were completed by December 2019, but they were not done in time for the Global Forum’s review period of between July 2015 and June 2018.

A special request has been made to the OECD Global Forum that could see the island being removed from that list by the end of February next year, but the EU decided to still list Barbados as a “non-cooperative jurisdiction for tax purposes”.

“So, we are very concerned both in terms of why this has been done, how it has been done, but also the potential impact it could have if it is prolonged. Therefore, we are working behind the scenes to try and bring this to some closure that will enable the sector to have certainty as to what the future holds,” said Haynes.

Stating that the EU’s action was “based on ancient history”, Haynes said it could be described as “untimely, undeserved and unwarranted”, pointing out that it was coming at a time when the island was still struggling with a range of economic challenges as well as navigating an International Monetary Fund (IMF) programme.

He said he was concerned that the reversal by the Global Forum in February may not be in time to save the country from losing some of its international business sector entities that operate out of Europe.

He explained :“Some of their transactions may be difficult to complete because you are now subject to enhanced due diligence and, in some cases, institutions don’t necessarily take the time to find out more about the particular country; they just say ‘this country is on the list and we are not dealing with it’. Therefore, it makes it difficult for some of these transactions to be executed.”

“If that persists, then the entity may have to decide ‘do I really want to stay in a jurisdiction where I cannot execute my transactions?’ That is the risk we face with this blacklisting. That is why it is so pernicious that it can undermine the overall economic strategy which we have tried to build,” he added. (Barbados Today)

Thu Oct 29 , 2020
Support Village Voice News With a Donation of Your Choice. Persons on remand at HMP Dodds will soon be able to access educational and developmental programmes. That is according to Minister of Home Affairs Wilfred Abrahams, who has revealed that Government is in the process of relooking and revamping the way in which accused persons on remand at the penal […] 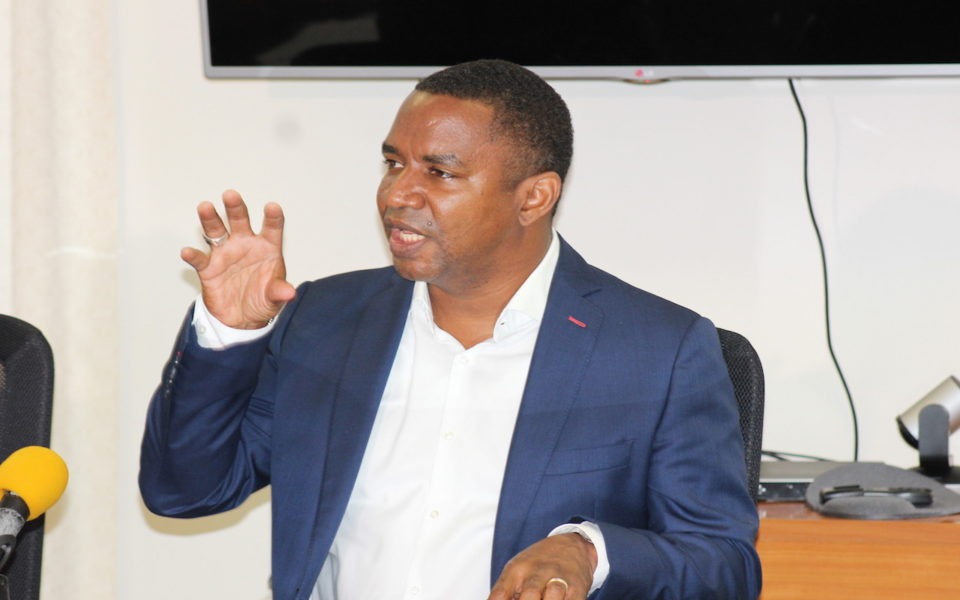