If Guyanese had expected better from their Members of Parliament in the 12th Parliament, given the debasement in the 11th, our lawmakers did not take long to dash our hope.

Members of Parliament are reminded the House is considered honourable and a certain level of decorum is expected. Decorum is defined as “behavior in keeping with good taste and propriety.” We expect leaders to be knowledgeable about the issues they speak of, to deliver themselves eloquently, and be courteous even in disagreement.

The National Assembly is not a daycare where unruly behaviour is considered temper tantrum or reflection of poor upbringing. Parliamentary immunity does not grant immunity to behave immature, discourteous and disorderly. Some may be quick to say parliament is a ruckus place, as evident in some around the world, but ours is a society that does not find the behaviour attractive or befitting the House.

Even when there is disagreement Members do not have to behave as though it is open season to act unbecoming. Guyanese expect their leaders to set a standard deserving of emulation not reproach. What is even more disturbing is this crassness has now become the standard in the management of the state and how leaders interact with the people they are elected to serve.

It brings this nation no pride to say sitting in our hallowed halls are persons without decorum and were they in a classroom setting their teachers would have punished them. Shouting and calling each other out of their names is not only rude but a sign of intolerance and disrespect for self and the other. No self-respecting person would conduct themselves in such manner, as matter of norm. No wonder those who resort to physical violence feel no shame because their leaders have set the tone for disrespecting others.

In the dearth of positive leadership, the masses suffer. It may be lost on those who bring disrepute to the House that they ought to be representing the best of the values Guyanese stand for and aspire to. The prefix Honourable is not meant for any to act dishonourably.

Honour must be restored to the House. The word honour is a noun, defined as “high respect; great esteem.” Honour speaks of “adherence to what is right or to a conventional standard of conduct.” Every Member must ask themselves the question, “Am I living up to these noble ideals?” The National Assembly is an august body, not a playground besieged by ill-mannered people.
Guyanese should not have to feel apprehension when parliament is in session that some may act the fool and embarrass us. Neither should Guyanese be embarrassed to listen to any presentation or debate. This is the nation’s highest-decision making forum and our finest should be sitting there. Additionally, all Guyanese should be interested in what is taking place. Unfortunately, all the Members do not think citizens are so deserving.

Those Members that respect the House, and value the confidence reposed in them by the people, should not remain silent to the desecration. Silence is a form of consent, allowing for the ragamuffin behaviour to besiege the sacred space, and by extension defines those who know and do better. It is known that it takes only one bad apple to spoil the whole barrel.
If the Speaker, as his predecessors, is desirous of stomping out the misbehaviours, either by enforcing existing rules or creating new ones, those who believe in restoring honour and decorum to the House would support the effort. It is the belief that support will come from a majority of Guyanese. Citizens are fed-up with the unruly behaviour in the House.

Govt spent $3.2B on 'emergency' drugs and medical supplies

Fri Sep 18 , 2020
Support Village Voice News With a Donation of Your Choice. − Anthony says critical items low, out of stock The Ministry of Health has spent $3.2B to purchase an emergency supply of drugs and medical supplies to alleviate shortages at facilities countrywide. This was disclosed by Minister of Health, Dr. Frank Anthony on Thursday as the Budget debate continued at […] 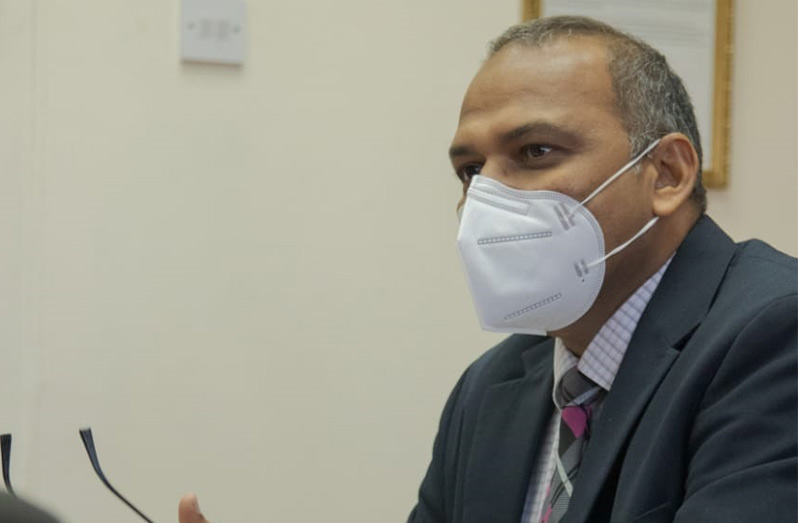