People’s National Congress Reform Vice Chairman and Member of Parliament (M.P) in the A Partnership for National Unity + Alliance for Change (APNU+AFC), Vinceroy Jordan, yesterday in the High Court of the Supreme Court of Judicature of Guyana, filed a case on the issue of the failure of the President of the Cooperative Republic Of Guyana to with the Opposition Leader, on the confirmation of Chancellor of the Judiciary, and Chief Justice of Guyana.

Applicant Jordan is represented by Attorneys-at-Law, Mr. Roysdale A. Forde, S.C and Mr. Selwyn A. Pieters. The Respondent is Attorney General and Minister of Legal Affairs, Anil Nandlall.

The Opposition reminded the nation, via press statement, that since 2005 the offices of Chancellor and Chief Justice have not been held by persons with permanent appointments to the said offices.

The Coalition said that Mr. Irfaan Ali who assumed the office of President on the 2nd day of August, 2020 has refused to initiate any process contemplated by Article 127 of the Constitution of Guyana in order that the offices of Chancellor and Chief Justice be held with persons with permanent appointments. Said article states: “The Chancellor and the Chief Justice shall each be appointed by the President, acting after obtaining the agreement of the Leader of the Opposition”

Leader of the Opposition, Aubrey C. Norton, in a letter dated the 30th day of May, 2022, to Gail Teixeira, Minister of Parliamentary Affairs and Governance, wrote the President about the matter. In that latter the Opposition Leader reiterated that:

“In recognition of the importance and necessity of making permanent appointments to the offices of Chancellor and Chief Justice, I had indicated in my letter dated 12th day of May, 2022, to you that I am committed to agreeing to the immediate appointment of Justices Yonnette Cummings-Edwards and Roxanne George-Wiltshire as the Chancellor and Chief Justice respectively.

Your statement that the President is not prepared at this time to engage in consultations on this matter of supreme Constitutional importance comes over as a gross dereliction of his Constitutional duty and a clear indication that he is non responsive to the concerns of Civil Society and the people of Guyana.

I once again urge that consultations which will result in the confirmation of the Chancellor (ag) and Chief Justice (ag) be placed on the Agenda in this round of consultations.”

Also, by Letter dated the 7th day of June, 2022, Mr. Roysdale A. Forde, S.C., M.P., Representative of the Leader of the Opposition wrote to Gail Teixeira, Minister of Parliamentary Affairs and Governance the following Letter:

This serves to inform you that the Leader of the Opposition Mr. Aubrey C. Norton, wishes to inform you that he is in agreement that Justice Yonnette Cummings be appointed Chancellor of the Judiciary and Justice Roxanne George Wiltshire be appointed Chief Justice in keeping with Article 127 (1) of the Constitution which states that “The Chancellor and the Chief Justice shall each be appointed by the President, acting after obtaining the agreement of the Leader of the Opposition’.

Please be assured that whenever the President is ready to appoint these two learned women to the positions of Chancellor and Chief Justice he has the unconditional agreement of the Leader of the Opposition.

Yours Sincerely,
Sgd. Mr. Roysdale Forde, S.C., M.P.
Representative of the Leader of the Opposition”

Thu Jun 23 , 2022
Support Village Voice News With a Donation of Your Choice. A school teacher who has been diagnosed with brain tumor is making a public appeal for assistance to undergo surgery in Trinidad and Tobago. In a Gofundme appeal, relatives of the teacher, Faith-Ann Branford described her as a single mother of two daughters, ages four and seven years old. She […] 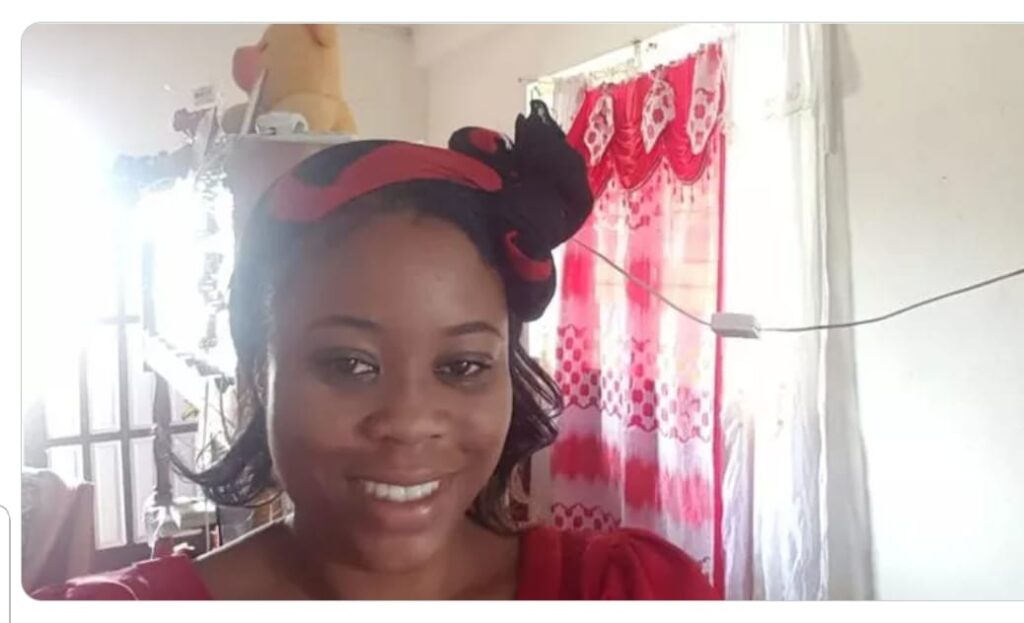