All modern Guyanese leaders have had to navigate a relatively hostile ethnic political context, and given their political socialization, most of them believed and many still do that they and their party alone with the right policies could significantly ameliorate the ethnic discord without fundamental changes to the political system.

This is wishful thinking after some seven decades of political quarrel, but the struggle must continue and the discourse that drives it must attempt to be objective and devoid of partisan propaganda that normally only serves to reinforce backward-looking views. As we shall see, in his Stabroek News Conversation Tree last week, Mr. Ralph Ramkarran outlined much of what is acceptable but garbs it in a highly propagandistic and thus problematical fashion.

For example, he told us that ‘Under severe pressure from transparency and environmental advocates, the Government, clearly embittered by APNU+AFC’s latest attempt to rig the elections, appears to envision that …. economic development will create a rising tide that will lift all boats. And even if APNU+AFC supporters do not support it politically, (they) will share in the benefits of the oil economy and reduce hostility and opposition.’ In our context, he claimed that the only resolution to the ethnic political problem ‘is that each should have a seat at the table’. Unfortunately, at present both the government and opposition want all the seats. ‘APNU+AFC’s current political posture suggests that if only it can prevent the PPP from rigging elections, it will be able to return to political power. It has maintained this posture since 1992, giving false hope to and creating frustration among its supporters.’   African-Guyanese, he says, want political power because their belief ‘that the Indian-dominated PPP/C Government discriminates against them … is impervious to facts, evidence or argument.’ However, Indian Guyanese want government because they ‘feel insecure without political power’.

Firstly, reflect back to 2014/15 and you will realise that the present autocratic behaviour of the PPP is but a continuation from its previous governmental incarnation and its intention to establish ethnic/political dominance in Guyana; it has nothing to do with so-called recent elections manipulation.  Secondly, I am not aware that the PNC has actually rejected sharing political power: the PPP did so in its 2003 paper and has continued in this vein. Thirdly, outside of the usual attempt to make those of African ethnicity believe that they cannot win elections, it make little sense to claim that APNU+AFC is  giving their people ‘false hope’ that they could win elections when they won in 2011 and 2015. Fourthly, are Africans not also feeling insecure under PPP governments and is Indian insecurity not a result of they and their party being similarly ‘impervious to facts, evidence or argument’?

However, if we discount the propaganda, what is being said is basically true. In a context of competitive winner-takes-all politics ethnic entrepreneurs on both sides have for decades been selling and will continue the sell their usually biased vision and this has resulted in Africans and Indians having the kind of suspicion of each other that only their having political authority can significantly reduce, but the current PPP regime rejects this approach.

Given the location and perhaps even the nature of its constituents, one counteraction that the PPP does not like but may well have to again face is street protests, and Ralph tells us that ‘The failure of Hoyte’s strategy of street (ethnic) violence from 1992 onwards perhaps influenced his conversion in 2002 to shared governance’ (SN: 08/05/2022). Some would consider this another effort to try and demobilize the PNC. Be that as it may, I can identify three distinct PNC mobilisation periods/approaches towards the PPP and here I will contest the position that Hoyte’s approach failed. But street demonstrations are not the only effective way forward: the PPP has historically not used them it to any extent but has still been able to win the day on many important political issues.

At a political level, talk of PPP discriminatory behaviour never ceased and after it won the 1997 elections, which the opposition claimed were rigged, persistent protest led to the Caribbean Community-brokered Herdmanston Accord, St. Lucia Statement, constitutional reform and a shortened term for Janet Jagan. Again with a bit of reflections you will recall that the PPP was dragging its feet on promised constitutional reform and many persons concluded that it was comfortable with the 1980 so-called Burnham constitution. Perhaps with the exception of the PPP, the 2001 constitutional reformers totally misdiagnosed the problem, institutionalised a host of new commissions and committees but left them all in the majoritarian, winner-takes-all, political framework.

This did not and could have ended the ethnic quarrel, and in 2002 the very year he died, Hoyte and his PNC were demanding shared governance. The evidence suggests that it was the failure of the 2001 constitution to deliver what he expected rather than a failure of his mobilisation method that led to Desmond Hoyte to adopt power sharing.

Mon May 23 , 2022
Support Village Voice News With a Donation of Your Choice. Heeding to the demands of its members, the Guyana Public Service Cooperative Credit Union (GPSCCU) will next month hold a Special General Meeting and Elections to pave way for a new Committee of Management. GPSCCU issued the noticed on Wednesday (May 18), close to one week after its members petitioned […] 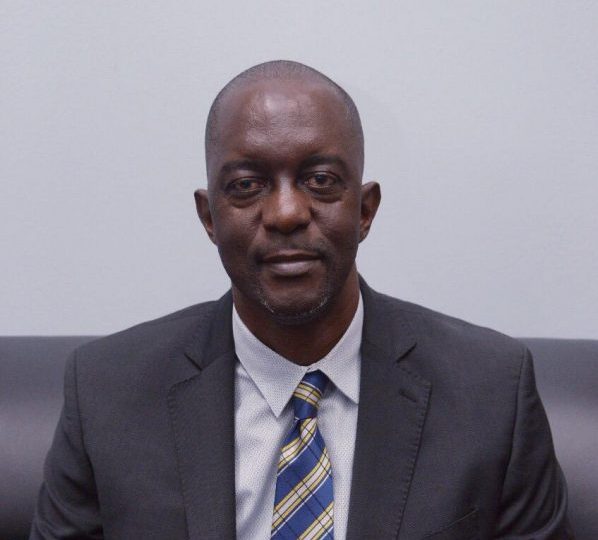