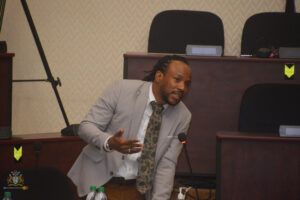 Based on the amendments, which were passed in the National Assembly on Tuesday (May 17), if a juvenile is accused of committing an indictable offence with an adult and, “the offence cannot be disposed of summarily, the juvenile may be charged jointly with the adult.”

Minister of Home Affairs, Robeson Benn, in presenting the Juvenile Justice (Amendment) Bill for a second reading, told the House that the amendments would address some of the challenges experienced in the Justice System, and would ultimately result in some juvenile related cases being disposed of in a much more efficient manner.

“There is the issue of making the work of the court more effective, more efficient, more efficacious and so the bill before us it seeks to provide for appearances where a juvenile commits or is alleged to have committed an indictable offence with an adult and that indictable offence cannot be disposed of summarily for the juvenile to be charged jointly with that adult and for the charge to be heard in one hearing,” Minister Benn explained.

However, the Juvenile Justice (Amendment) Bill of 2022 amends Section 36 of the Principal Act to include two additional subsections (5) and (6).

Those subsections state: “(5) Notwithstanding Section 3 (b) (i), where a juvenile commits or is alleged to have committed an indictable offence with an adult and the offence cannot be disposed of summarily, the juvenile may be charged jointly with the adult. (6) Where a juvenile is charged jointly with an adult pursuant to subsection (5), the court may conduct one hearing into the charge and may employ such measures, as the court considers appropriate, for security the rights of the juvenile under this Act.”

According to Minister Benn, “the amendments seek to remedy the issue of two separate charges being instituted where the juvenile commits an indictable offence which cannot be disposed of summarily with an adult.”

He noted that the current Justice System often results in witnesses testifying twice, creating an issue of repetition. It was also submitted that the amendments will help to cut cost.

But Ramjattan – who served as Minister of Public Security under the David Granger Administration (2015-2022) – expressed disappointment at the move to amendment the Juvenile Justice Act, which was unanimously passed by the National Assembly in 2018.

The landmark legislation repealed the archaic 1931 Juvenile Offenders Act, and brought Guyana in conformity with a number of International Conventions after more than 14 years of consultation dating back to 2004.

He recalled that it was under the People’s Progressive Party/Civic (PPP/C) Administration that Dr. Bruce Abramson – an expert – articulated the need for a new Juvenile Justice Act in a policy paper entitled “A New Juvenile Delinquency Act for Guyana? A decision for Policy Makers in 2006.”

The A Partnership for National Unity + Alliance For Change (APNU+AFC) MP said by 2008, the first draft was created and later took into consideration international juvenile justice standards in accordance with the Beijing Rules and the Riyadh Guidelines.

He said with the enactment of the Juvenile Justice Bill, the country’s first Juvenile Justice Court was commissioned in October 2018. Ramjattan said it is unfortunate that after all the progress made, the Government has opted to amendment the legislation to have juveniles tried alongside adults.

He was keen on pointing out that under the Principal Act, a child or a juvenile is not sentenced to imprisonment, and if found guilty of an offence, the filing of guilt is not recorded as a conviction.

“That’s the special status we give our young children. We do not want Guyana to be a jail house nation for our young people,” MP Ramjattan said.

But in defense of the Juvenile Justice (Amendment) Bill, Minister of Culture, Youth, and Sport, Charles Ramson told the House that it was important to deter juveniles from committing serious crimes that fall under those indictable charges; murder, treason, rape, and manslaughter.

Minister Ramson said contrary to the arguments put by the MP Ramjattan, the amendments safeguards the rights of juvenile under the Principal Act.

She told the House: “At no point in this amendment are we removing the rights of the juvenile. Would we rather that nothing be done? Would we rather that persons affected by the offences not have justice done? I am pretty sure that as every member would have considered this legislation it would not have escaped them that the juvenile would be bereft of the rights that are enshrined within the entire act.”

But, APNU+AFC MP Devin Sears reminded the House that the Principal Act amended and consolidated the law in relation to criminal justice for juveniles to make provision for proceedings with respect to juvenile offenders; to provide for the establishment of facilities for the custody, education and rehabilitation of juvenile offenders, and to repeal the Juvenile Offenders Act and the Training Schools Act.

MP Sears, who hails from Region 10, rubbished the arguments put by the Home Affairs Minister regarding witnesses having to testify twice. He said such argument is nothing but weak.

“Witnesses testify twice? Should a matter be appealed, testimonies will have to be reviewed, twice is but a minimum when juvenile lives are involved,” MP Sears said while also rubbishing the arguments put about cutting cost.

His colleague, MP Jermaine Figueira told the National Assembly that the PPP/C is central to the challenges juveniles face today in the country.

“One needs only to remember 2012-May2015 under the present minister of education, the abominable policy of no child left behind was implemented, where children who could not read nor write and did not pass end of term exams, were promoted.

Today those juveniles that were molded by that PPP policy are now being place in docks with adults under the same PPP that failed them earlier at school. How can this be fair to our children Mr. Speaker! Is this how the minister of education and the minister youth plan to save the children of this nation, by agreeing for children and adults together in the same dock to face criminal charges!” the Region 10 MP said.

Like MP Ramjattan, he argued that the Juvenile Justice Act was brought into effect after extensive consultation, and with significant input from the PPP/C Administration and international organizations such as UNICEF.

Mon May 23 , 2022
Support Village Voice News With a Donation of Your Choice. —citizens rail over quashing of ‘racial incitement charge against lawyer’ …PNCR, WPA say action of DPP an abuse of power Citizens and organizations have expressed outrage over the freeing of Attorney, Nirvan Singh on a charge of allegedly inciting racial hostility against, former police constable, Shawnette Bollers.Singh had been accused […] 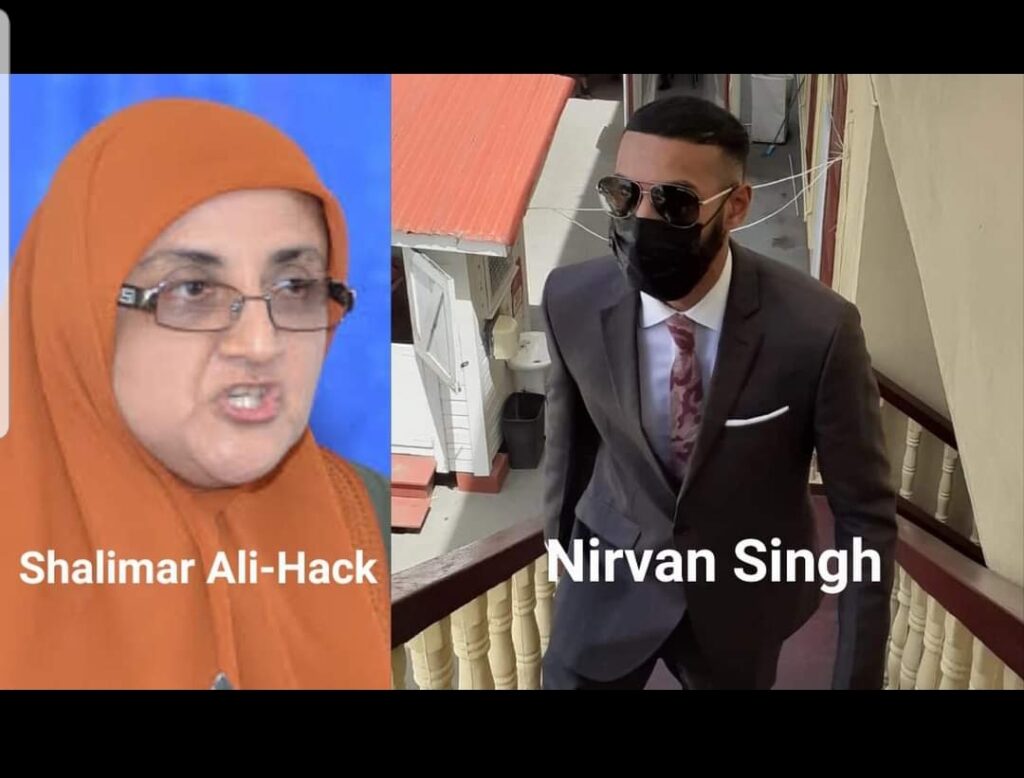