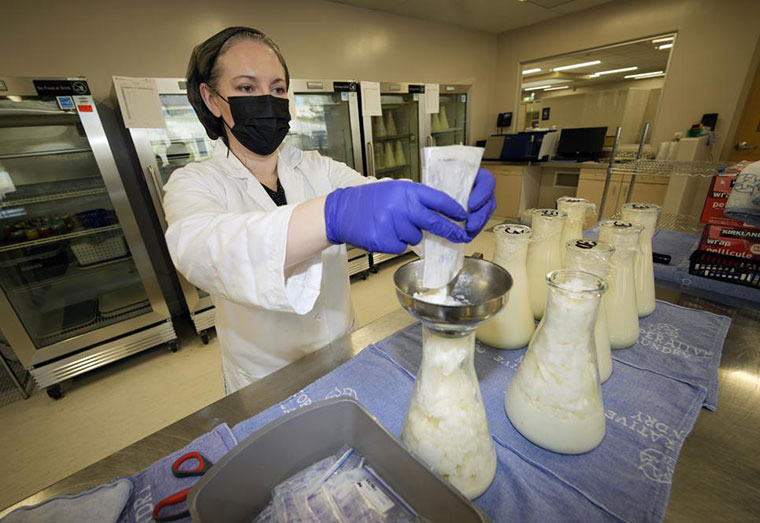 (ASSOCIATED PRESS) The U.S. baby formula shortage has sparked a surge of interest at milk banks around the U.S. with some mothers offering to donate breast milk and desperate parents calling to see if it’s a solution to keep their babies fed.

It’s a pathway that won’t work for every formula-fed baby, especially those with special dietary needs, and it comes with challenges because the country’s dozens of nonprofit milk banks prioritize feeding medically fragile infants. The organizations collect milk from mothers and process it, including through pasteurization, then work with hospitals to distribute it.

The shortage stemmed from a safety recall and supply disruptions and has captured national attention with panicked parents looking to swap and buy formula online and President Joe Biden urging manufacturers to increase production and discussing with retailers how they could restock shelves to meet regional disparities. Biden’s administration also said Friday that formula maker Abbott Laboratories committed to give rebates through August for a food stamp-like program that helps women, infants and children called WIC.

At the Mothers’ Milk Bank Northeast, based in Newton, Massachusetts, interest in donating and receiving milk because of the shortage has spiked. Typically, the milk bank gets about 30-50 calls a month from people looking to donate. On Thursday alone, 35 calls came in from potential donors, said Deborah Youngblood, the bank’s executive director.

“It’s interesting the first sort of response that we got was from potential donors — so people responding to the formula shortage with sort of an amazing, compassionate response of ‘how can I be part of the solution?’” she said. Youngblood was talking about people like Kayla Gillespie, a 38-year-old mother of three from Hays, Kansas. Gillespie first donated to the Mothers’ Milk Bank in Denver six years ago, giving 18 gallons (68 liters) after the birth of her first child, and wasn’t planning to do it again.

“I thought 18 gallons was sufficient for one person,” she said. “If I hadn’t heard of the shortage, I wouldn’t be going through the process again, just because I have three kids and it’s a little chaotic around here.”

She has pledged at least 150 ounces of her milk, but said she expects to give much more than that. “I’m very blessed with being able to produce milk, so I just felt I needed to do something,” she said.

She said in the past she has shipped her frozen milk in special containers to Denver, but this time, her local hospital is taking the donations and she can just drop them off. It’s not only donors, though. Parents desperately seeking nutrition for their babies are pursuing milk banks as well.

At the Massachusetts milk bank, about 30 people called looking for milk because they couldn’t find their baby’s usual formula, Youngblood said. That’s up from nearly no calls at all, since the milk bank typically serves hospitals.

The Human Milk Banking Association of North America, an accrediting organization for nonprofit milk banks, is seeing a “major increase” in demand, according to Lindsay Groff, the group’s executive director. She estimates inquiries from parents seeking to fill the formula gap are up 20% in recent days.

Groff called the shortage a “crisis” and said it’s not as simple as parents just supplementing with donated human milk, because the vast majority of those supplies are earmarked for babies with medical conditions.

“If people can donate, now would be the time, because when we have more of an inventory we can look beyond the medically fragile,” she said.

Parents are also turning to online breastmilk-swapping forums to meet their babies’ needs.

Amanda Kastelein, a mother of three from Middlebury, Connecticut, has been supplementing the special formula she needs for 10-month-old Emerson with breast milk from a mom she found on a peer-to-peer Facebook page called Human Milk 4 Human Babies.

Kastelein stopped breastfeeding after getting recurring infections, but tried to begin re-lactating in March after the formula recall, with little success.

“Emerson is allergic to most of the formulas, so it’s been difficult to find something he’s not allergic to,” she said.

In stepped Hannah Breton of Naugatuck, Connecticut, who had been producing more milk than her 2 1/2-month-old son needs. She’s been giving Kastelein about 60 ounces of milk every two weeks. That’s enough to supplement her formula supply and keep Emerson fed.

“She asked a bunch of questions — what medications I’m taking, if any, that kind of thing,” Breton said. “So we decided, ‘OK, that’s perfect.’ So, she comes by every couple weeks and picks up the milk I’ve been saving for her.”

“I do feel helpful,” she added. “It’s exciting and rewarding that I can give to a mom that can’t find what she’s looking for, and if her son can’t take formula, I mean, it’s scary.

Rebecca Heinrich, director of the Mothers’ Milk Bank in Colorado, advises those looking for milk that searching for donors on their own can carry risks.

“We want to make sure that these moms are being as safe as they can and meeting the needs of their infant, so consulting with their health-care provider on how to meet those needs is the best way to go,” she said.

The shortage creates difficulties particularly for lower-income families after the recall by formula maker Abbott, stemming from contamination concerns. The recall depleted many brands covered by WIC, a federal program like food stamps serving women, infants and children, though it now permits brand substitutes.

On Friday, Agriculture Secretary Tom Vilsack sent a letter to the head of Abbott Laboratories expressing what he called his “grave concern regarding the accessibility of safe infant formula,” noting Abbott holds infant formula contracts in the federal WIC program. Vilsack asked that Abbott continue a program that provides rebates for alternative products including formula for competitive brands, which it had been doing on a month-to-month basis. The White House said Friday Abbott committed to the rebates through the end of August.

The Biden administration said it’s working with states to make it easier for WIC recipients to buy different sizes of formula that their benefits might not currently cover.

Abbott has said that pending Food and Drug Administration approval, it could restart a manufacturing site “within two weeks.”

The company would begin by producing EleCare, Alimentum and metabolic formulas and then start production of Similac and other formulas. Once production begins, it would take six to eight weeks for the formula to be available on shelves. On Tuesday, the FDA said it was working with U.S. manufacturers to increase their output and streamline paperwork to allow more imports.

Sun May 15 , 2022
Support Village Voice News With a Donation of Your Choice. DUBAI, United Arab Emirates (AP) — Rulers in the United Arab Emirates on Saturday unanimously appointed Abu Dhabi’s Sheikh Mohammed bin Zayed Al Nahyan as the autocratic nation’s president, signaling both unity and stability in this key energy-rich country that hosts Western militaries. The ascension of Sheikh Mohammed, 61, had […] 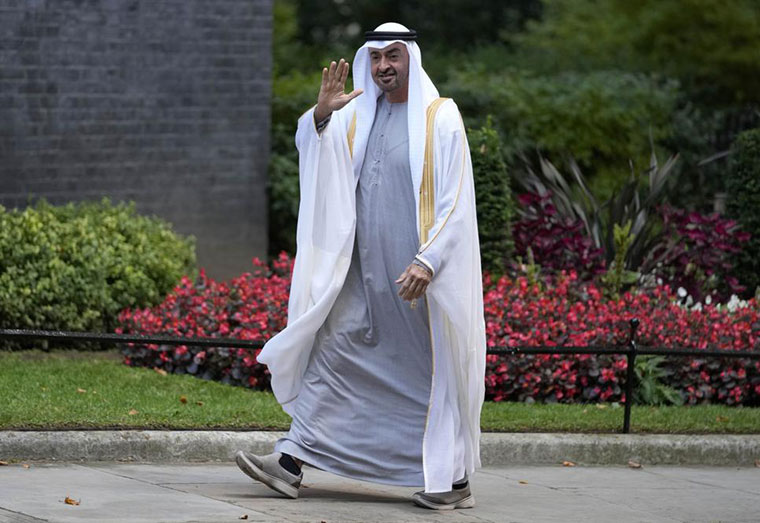