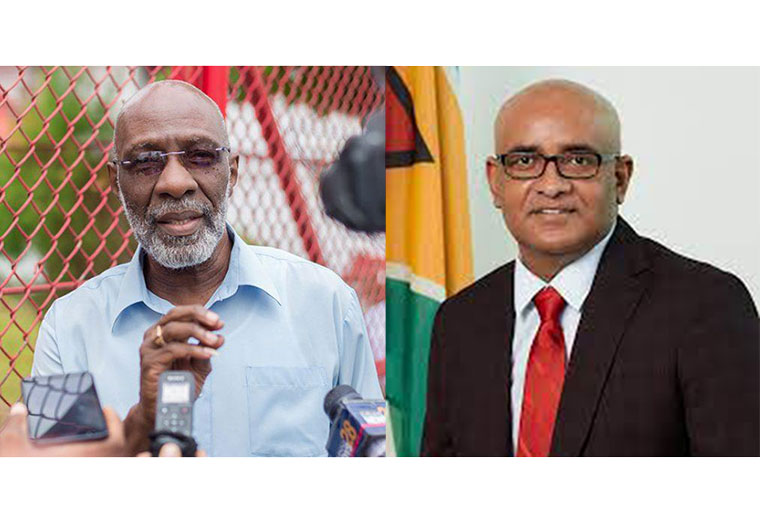 … Alexander says as he rubbishes proposal by Jagdeo

Elections Commissioner Vincent Alexander, in defending his proposal for a biometric system to be used during the conduct of elections in Guyana, said such a system would help to prevent electoral fraud and manipulation, even as he rubbished a proposal made by Vice President Bharrat Jagdeo with regards to the removal of the names of dead people from the National Register of Registrants Database.

According to a report done by the International Institute for Democracy and Electoral Assistance – ‘Introducing Biometric Technology in Elections – poorly compiled registered often leave room for manipulation, and it is believed that biometric technology can provide the required solutions.

“In order to prevent identity theft and multiple voting, biometric technology can be used at polling stations to confirm the identity and eligibility of voters. Electronic verification is usually conducted by devices such as electronic poll books that capture voters’ fingerprints and check them against the fingerprints stored in the voter registration database for the polling station,” the report released in 2017 explained.

It adds that: “Alternatively, fingerprints can be checked against fingerprint data stored digitally on a voter identification card. A simpler way of utilizing biometric data at polling stations is the inclusion of voters’ photos on the printed voter list to enable polling staff to visually check the identity of voters.”

Appearing on Politics 101 – a virtual programme hosted by Political Scientist, Dr. David Hinds – Alexander – the longest serving Commissioner on the Guyana Elections Commission (GECOM) said in the absence of a ‘clean’ Voters’ List, Guyana can resort to the use of a biometric system at polling stations to prevent multiple voting.

The main opposition – the A Partnership for National Unity + Alliance For Change (APNU+AFC) – has long lobbied for a clean voters’ list ahead of any election, however, in a 2019 ruling on House-to-House Registration, Chief Justice (ag) Roxane George-Wiltshire ruled that persons, who were previously registered, even if those who have migrated, cannot be removed from the National Register of Registrants unless they are deceased or have been disqualified.

Stating from the onset that the electoral challenges facing Guyana can be corrected by constitutional and legislative action, Alexander said that a biometric system can be used during elections to guard against unscrupulous persons voting in the place of the dead and Guyanese who have migrated as was evident during the 2020 General and Regional Elections.

He noted that already, GECOM utilizes a biometric system to capture and cross-match the finger prints of individuals during the voter registration process to prevent the duplication of registrants.

“When we are compiling the list, we cross-match all of the figure prints on the system to ensure that there is no duplication of finger prints and no duplication of individuals,” the Elections Commissioner explained.

He submitted that a similar system can be implemented at the place of poll.

“In that way, though we will continue to have a bloated list and a challenge as to how we in fact get a clean list, we would have a barrier to those in the past and in the future, who would want to perpetuate the crime of multiple voting,” Alexander reasoned.

He noted that if a voter’s finger print does not match the name and finger print in the data base, then person would have attempted to commit a crime and should be dealt with condignly.

REVIEW OF THE ELECTORAL SYSTEM

Additionally, Alexander underscored the importance of GECOM reviewing the electoral system, starting with the controversial 2020 Elections.

Alexander and the other two opposition-aligned Election Commissioners – Desmond Trotman and Charles Corbin – had initially put forward the proposal in February when they weighed in on the proposed amendments to the Representation of the People Act by the Attorney General’s Chambers.

The Commissioners had said that based on their assessment, an internal investigation into the highly disputed 2020 Elections must be conducted to ascertain the loopholes within the system before GECOM can objectively offer any recommendation.

“GECOM is in no position to objectively contribute to the process of amending RoPA in the absence of an internal investigation of the 2020 elections to determine what are the manifested weaknesses of its system and operations,” the Commissioners said.

They submitted further that the “persistent demand” by stakeholders for the Voters’ List to be cleansed must also be addressed.

“In that regard, the Judgment in relation to House-to-House Registration should be clarified from the standpoint of its applicability to the voters` list as distinct from the Register of Registrants. In like manner, relatedly or separately, the relevance and application of Regulation 40 of the National Registration Act should be determined,” the Election Commissioners reasoned.

They said in any circumstance, a mechanism to provide for the cleansing of the Voters` List is critical.

“The mere fact that there is no mechanism to ensure that a registrant who dies overseas can be remove from the voters` list is sufficient reason to warrant such a mechanism,” the Commissioners added – a position Alexander reiterated on Politics 101.

He also went one step further to content that the 2019 ruling by the acting Chief Justice is flawed and has created a conundrum in the electoral system. “The judgment is flawed, and can be corrected by legislative action but there has been no attempt to do that,” he posited.

Amid the concerns about the National Register of Registrants being bloated and ultimately a bloated Voters’ List, Vice President Jagdeo proposed that GECOM secures a list of all the dead people from the General Register Office and cross-match it with the list of Registrants but Alexander told Dr. Hinds, that there is nothing unique about the Vice President’s proposal.

It was explained that currently, the General Register Office (GRO) provides GECOM on a monthly basis with a list of all registered deaths lodged at the Office.

“GECOM uses that list to flag the Register of Registrants in a manner than ensures that when we are extracting names for a voters’ list that the names which were flagged because they were reported to be names of persons whose deaths were registered are not included on the voters’ list,” Alexander explained while iterating that Jagdeo has suggested absolutely nothing new.

He said with Jagdeo’s ‘proposal’ the names of unregistered dead people and Guyanese who have migrated remain on the list.

“…so his proposition is to retain the current situation so that persons who would have died, and whose deaths would not have been registered continue to be on the list, and persons who would have gone overseas and would not have returned to the country, their names would continue to be on the list. Our legal regime did not anticipate that at all,” Alexander said.

The Elections Commissioner maintained that it is important to have a credible voters’ list.

“A credible voters’ list is central to whether the elections can be free and fair. Without a credible voters’ list, we have seen what can occur that the list can be manipulated, votes can be cast for the dead and those who have migrated and parties can put claim to victory on the basis of those frauds,” he said. 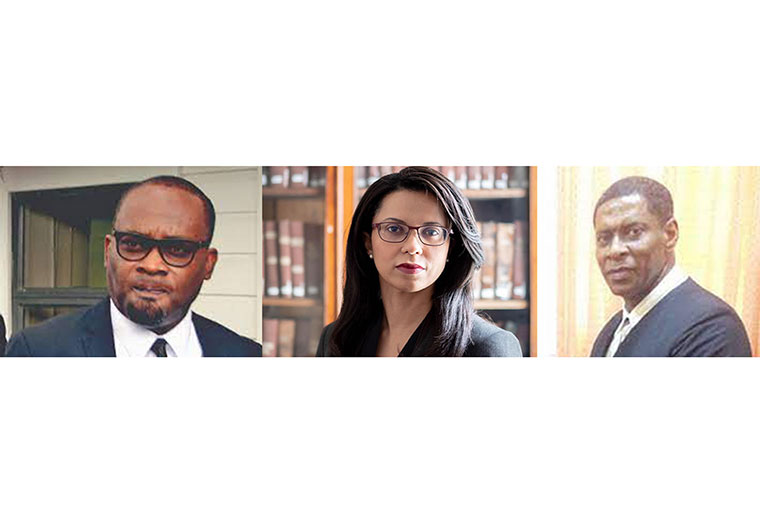