I hear President Ali’s call to Western investors (“UK, European Union investors need to aggressively pursue opportunities in Guyana -Ali”, Demerara Waves, April 26). I commend the President for seeing the light, and sounding the gong. “Aggressively pursue” resonates with that echo, from the way I absorb what the President said to his audience. I detect that it was more than a plea; more like a call to arms, given what continues to happen to us. It is about time that the leaders of Guyana came to their senses and send out this SoS: save us from the Chinese.

The local head of state may be sluggish, but he can’t afford to be slow, doggedly thick. He had to have heard, and to know in some way, what occurred in Sri Lanka, Africa, Latin America with projects and billions in debt. The common thread is our brothers from the east. For emphasis, the Far East, the products of their hands, and the outcome for those sister nations of Guyana. It is not a pretty picture; one that should warm the heart of any national leader concerned for his own place, people, and their prospects. In Guyanese lingo, ‘Guyana caan tie bundle wid China no moh…’

We pay too much, we get robbed too much, we are in project triages too long, we bleed too profusely from the rapacious exploits of Chinese corporate captains. They pretend to be benevolent, but are nothing but triads functioning locally in ghostly shadows hurting this society. I understand that, though the President knows, he can’t say what I do; he has to contemplate the Chinese and their relationship with Venezuela, meaning, he doesn’t want to alienate them, only flood them with European competition. Also, get me straight, I like the Chinese, but not when they make fools of us.

Editor, the English and Europeans had to be reminding him, out of newspaper earshot, that there were here during the bruising elections season. After all, one good turn deserves another; therefore, there is this urgent call for investors to come to Guyana aggressively. To bolster his position, the leader was cagey enough to say that “our experience is changing.” Very good, sir! And that a hospital was completed with “better terms than the Chinese.” He said it not me; and it is a plank of capitalism to put competitors to fight over the bones. What Guyana has to offer is not bones, but marrow and fat and sinew, and the choice carve outs of just about everything a deep-pocketed investor can imagine. Come aggressively. That’s telling them, skipper. Way to go, Mr. President. Sorry, Dr. President.

Still, I would be shortchanging my fellow Guyanese if I left out a sanity check. The UK and EU are no benevolent angels where commercial ambitions and opportunities are concerned, they can be just as predatory. Guyanese should not need the history lesson from me, but I remind them of Belgians, British, Dutch, Portuguese, and Spanish in the slave trade and their destruction of the New World. Even a Pope got involved in the action with that lovely treaty he conjured. If anyone thinks I am going easy on my fellow Americans, out a sock in it, please.

Having got that off my chest, I submit that the Westerners possess a streak or two more of decency and civility in how they manage their relationships with host countries. I would venture some bits and occasional pieces of integrity also, given that there are answerable, their business practices more open. That is, when compared to the Chinese, who make their own rules, follow their own ancient rituals.

There are westerly watchdogs by the layers. There are checks and controls required by the law (real law and not party ones).The Westerners (UK, EU) are pirates, but a different kind of corporate pirate. We have a a clearer picture of happenings and relationships. There are open books, not necessarily uncooked; openness in approach, a code of corporate ethics, what is called best practices and accountability. Plus, there is a little bit more of the law, more conscientiousness (notwithstanding compulsory ruthlessness). This is not endorsement, merely a statement of fact, regarding what is better for Guyana.

Still, it nags and gnaws that these former colonizers must be partnered with today. Some of their champions still maintain the kind of mindset that is about place and pecking order, who belongs at the top, and who should be at the bottom. President and Vice President shouldn’t get any fancy ideas that they feature, are loved. They are only tolerated. The condescension may be more schooled now, held more in reserve for the shadows and likeminded fellows. But it is there, from those who are the lesser of two evils. Last, I now have a better idea of why that British parliamentarian’s name came up for honorable selection. He would be well-positioned to look out for Downing Street, Fleet Street, and Bond Street. As all this is weighed, I tip my hat to the President for doing the first meaningful thing for this year, if not his presidency.

Sun May 1 , 2022
Support Village Voice News With a Donation of Your Choice. Becoming a mother can be both an exciting and nerve-racking experience, especially if it is your first time and you have no clue what to do. While having a healthy baby is always top priority, equal priority should be given to the mother’s prenatal and postpartum health. And though some […] 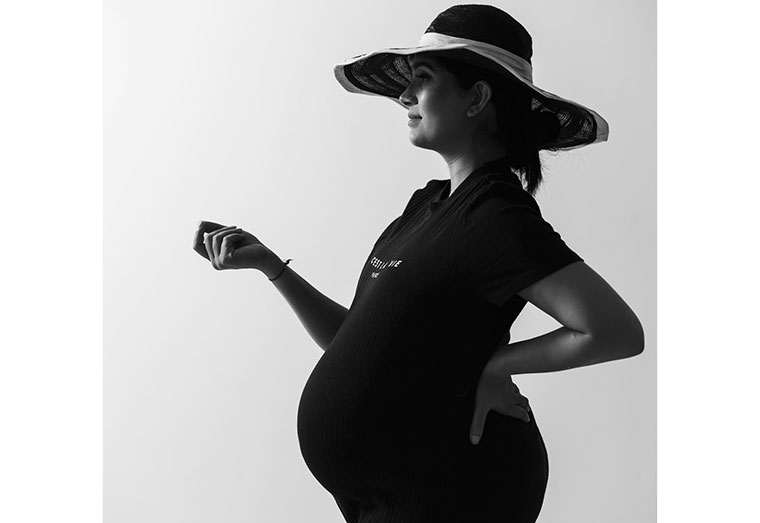