There are some very interesting findings in the recently released opinion poll of Guyanese by the International Republican Institute (IRI). The poll which is based on a sample of 1500 adults was weighted for ethnicity, gender, age and region drawn from the figures of the 2012 census. According the IRI the exercise conducted by CID Gallup utilized “a multi-stage probability sampling method was used to design a nationally representative sample based on the 2012 national census. The sample was stratified by region and by settlements, followed by random selection of primary sampling units (PSUs) within each stratum.” There is a margin error of 2.5 points.

Although many Guyanese are skeptical of the IRI’s involvement in Guyana’s electoral reform process, there appears to be a general favorable response to the poll. In a discussion of the findings on Dr. David Hinds’ Politics 101 show, the host and his three guests–columnists Dr. Henry Jeffery and GHK Lall along with veteran journalist, Adam Harris– reiterated their skepticism of IRI but welcomed the poll as an important insight into the thinking of Guyanese on a number of pertinent issues. This sentiment was echoed two days later by Professor Clive Thomas on the same show.
Three of the poll’s findings are worth mentioning. First, 49 % of those survey listed economic issues (Cost of living, high prices, poverty, unemployment, access to loans and general economic issues) as the most important problem facing Guyanese. Second, only 2% listed Oil and Gas as the most important issue. Third, 54% of those surveyed felt that young Guyanese have no future in Guyana. While the panelists on Politics 101 were not surprised by the first two findings, they were all shocked by the third one.

Clearly, the coming of Oil has not penetrated the consciousness of Guyanese as was expected. This is due in part to the fact that the masses have not directly benefited from the industry or see a role for them. As Professor Thomas posited, the government’s emphasis on mega projects has not helped the situation. To date there has been no policy forthcoming from the government that brings the working people into the conversation on how to best use the oil revenues to the benefit of all of Guyana. From Local Content to Environmental Protection to the flawed contract, the discourses have been conducted in a vacuum; they have not been conducted withing the context of the lived realities of the people.
That most Guyanese are thinking about the impact of the current economic situation on their daily lives is instructive. It does not necessarily mean that they are not aware of the importance of Oil. Rather they seem to be saying that they do not feel the linkage between Oil and their day-to-day circumstances. In that regard, it makes sense for those in authority to begin to pivot the discourses and policies towards an intersection with the interests and feelings of the masses of Guyanese. Maybe it is time for the proposal floated by the WPA for Cash Transfers in the context of a Universal Basic Income to be elevated to the center of the debate.

There is also some linkage of the relative lack of interest in Oil to the stunning finding that a majority of people feel that young people have no future in Guyana. Although the finding should not surprise those who have been paying attention the voices of the people, it is still a sobering revelation. It is an indictment of our very Independence Project. What have we done to make our Guyana a livable space, a place of hope, during these last six decades? That the coming of oil has not blunted the cynicism about our country only rubs salt into the gaping wounds. We have a lot of work to do. 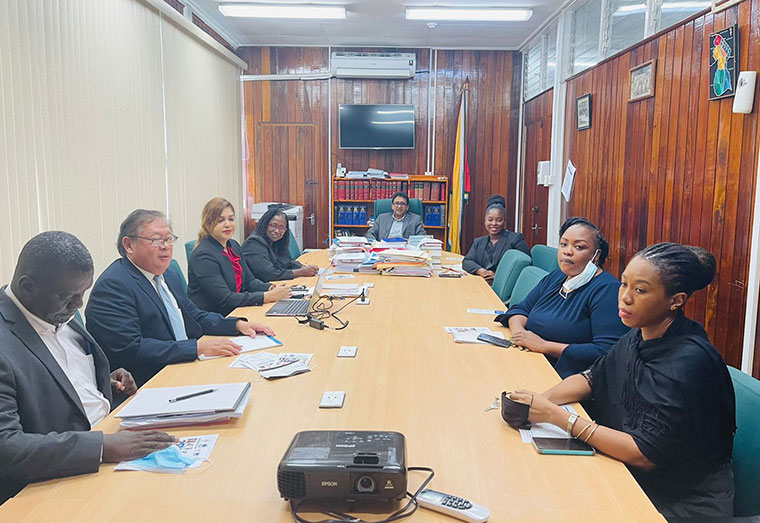