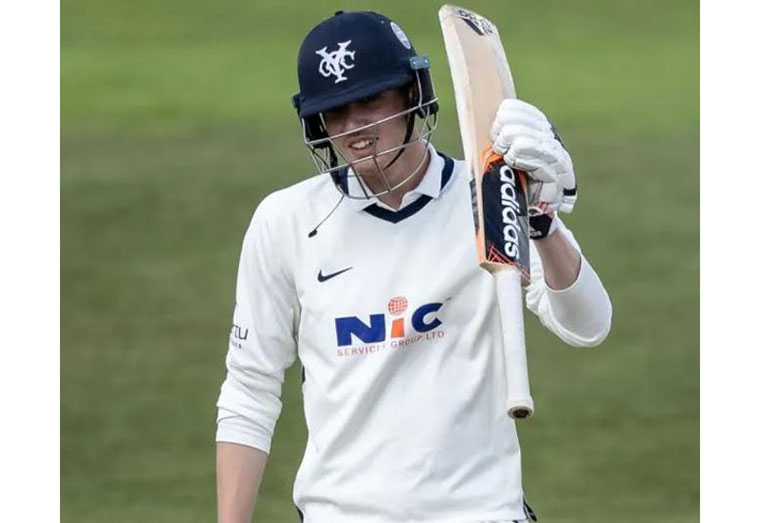 Cricinfo – George Hill hit a magnificent undefeated 151 in just his 11th first-class game to put Yorkshire in complete control on day three of this LV= Insurance County Championship match against Northamptonshire.
It was a maiden ton for the former England Under 19s vice-captain who shared two huge partnerships as Northamptonshire’s bowlers were put to the sword. First Hill and Dawid Malan posted a 157-run stand, 100 of them coming in the morning session alone. Malan passed fifty for the third successive innings this season but missed out on another opportunity to reach three figures and impress the England selectors.
Hill then combined with Harry Brook in a blistering all-out assault which garnered 148 runs at a pace more typical of a T20 affair.
Set a notional 499 to win on an increasingly flat surface, Northamptonshire openers Ricardo Vasconcelos and Will Young safely negotiated a tricky final session, posting a 56-run opening stand before the close.

The hosts had needed to make early inroads to claw their way back after conceding a sizeable first-innings deficit. They were buoyed by the prize wicket of Adam Lyth soon after the former England opener reached his half-century. Lyth played a flat-footed drive to Matt Kelly only to edge the ball through to the keeper. Malan was then reprieved for the second time in the match on 26 when Saif Zaib shelled a chance at backward point.
From then on it was all-out attack. Despite a typically tight spell from Ben Sanderson early on, Yorkshire found runs increasingly easy to come by at the other end with Kelly offering plenty to tuck into on middle and leg.
Allrounder Hill, 21, was promoted up the order last year to bat in the top three and clearly enjoys Wantage Road, having recorded his previous best score of 71 in the corresponding fixture last summer.
He grew increasingly confident, timing the ball sweetly and going on the offensive to Simon Kerrigan, using his feet to hit the spinner down the ground for a four and a six before driving him through extra cover for four more to bring up Yorkshire’s 150.
After lunch Northamptonshire turned to the spinners to get ahead of the over rate but they presented little danger for Yorkshire who rotated the strike at will in cold, blustery conditions.

Malan had played the ball pleasantly off his legs, unfurled some sumptuous drives and treated the bad balls with contempt. His downfall came when he targeted the shorter boundary against spinner Rob Keogh, but his slog sweep picked out Emilio Gay who took a good diving catch just in front of the ropes.
Joined by Brook, Hill cut a Kelly long-hop for four to move into the nineties before scampering a single to reach three figures off exactly 200 balls.
With the declaration in mind, the Yorkshire youngsters compounded Northamptonshire’s misery with a flurry of boundaries either side of tea. Kerrigan recorded an unwanted century of his own when he conceded 100 runs amid the onslaught. Brook hit him for four consecutive boundaries before Hill dispatched him over extra cover for four more. Hill also took on the seamers with two short-arm jabs over long-on for six before the declaration finally came.

Vasconcelos was hit in the ribs by Jordan Thompson early in his innings and survived a confident appeal for caught behind off Haris Rauf on four, but soon started to find the boundary regularly.
Yorkshire’s hopes were raised briefly when Young offered a difficult low chance behind and Matthew Revis got his first delivery to bounce and almost draw the edge of Vasconcelos’ bat. Otherwise, Northamptonshire’s openers looked increasingly comfortable. They have a huge task ahead of them tomorrow though if they are to bat out the day and secure the draw.

Sun Apr 24 , 2022
Support Village Voice News With a Donation of Your Choice. Cricinfo – Delhi will host the opening match of the five-T20I series against South Africa starting June 9, the BCCI announced on Saturday. The other four cities to play hosts are Cuttack, Visakhapatnam, Rajkot and Bengaluru. The final T20I will be played on June 19. The series – key from […] 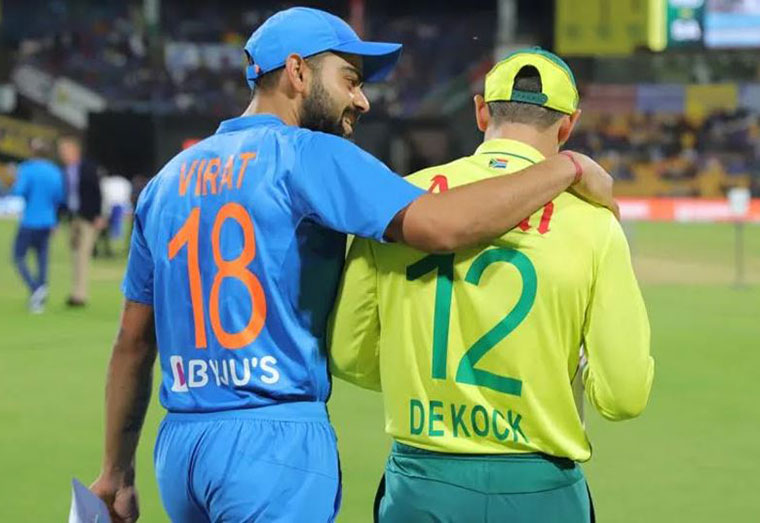