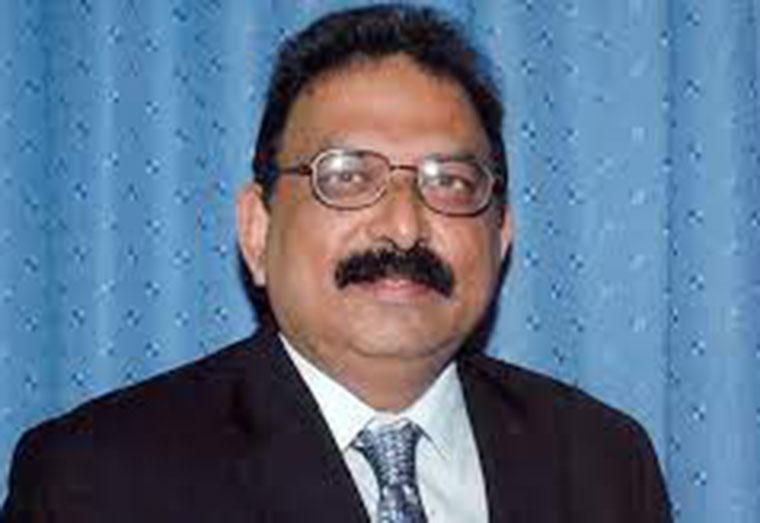 Friday April 22, marked 16 years since Agriculture Minister Satyadeow Sawh, his two siblings, a guard and a dog were killed execution style at the hands of seven masked gunmen, who had invaded his Earl’s Court, La Bonne Intention, East Coast of Demerara home. To date there has been no justice for the family and Sawh’s son Roger Sawh in a letter again pleaded for action in the case. In a terse letter, Roger Sawh wrote: “The year 2038 is as far away from present day as the year 2006. This puts into context just how long it has been since Satyadeow Sawh, his brother, his sister and his security guard (not forgetting our family dog) were murdered in cold blood. Penning these annual letters brings no joy. The quest for answers, long and winding as it may be, continues. It would be remiss of us to not acknowledge that last year’s 15th anniversary brought some welcome movement; but the reality is as stark as it is bleak. Thankfully, the ebullience of Sash Sawh’s life invigorates our resolve every single day. May we not have to cast our minds much further for action and for answers.”

Jermaine ‘Skinny’ Charles, Rondell ‘Fineman’ Rawlins, David Leander, called ‘Biscuit,’ all of whom are now dead, had been charged with the heinous crime, but the murders remain a mystery. What was the motive behind the murders?

Last year Roger had written: “Fifteen years on, and we, the family of the late Satyadeow Sawh, are none the wiser about the motives behind this heinous episode. For the avoidance of doubt, we would like to see an independent inquiry into the intellectual authorship behind the criminal events of April 22, 2006.” Aside from the then Agriculture Minister, two of his siblings Rajpat Sawh and Phulmattie Persaud were also killed along with security guard Curtis Robertson and the family dog. Another sibling Omprakash Sawh and security guards Albert Mangra and Aga Khan were also injured. To date, the families have remained emotionally-scarred Roger Sawh, in his most recent letter, said it is time the family gets closure.

“Almost annually, we have raised a hue and cry for more to be done to unearth answers. Our calls for action have been clarion, unequivocal, apolitical, persistent, passionate, public and private. Indeed, such calls have not been isolated either – most recently, there was an excellent letter by Geoff Da Silva eloquently imploring action and, at various times over the years, prominent leaders from both major parties have publicly expressed support for an inquiry,” Roger Sawh back in 2021.

He noted then that such an inquiry is necessary not only for the families of those who were killed, but also for the nation at large. “Indeed, despite the passage of a decade and a half, we are still regularly asked by Guyanese of all stripes, at home and abroad, whether there are any answers about who, what, where, when and, most vigorously, why,” Roger Sawh said.

He added: “At a time when the Administration of President Ali is moving apace with a range of laudable projects and initiatives, our family optimistically and tirelessly implores the government (as past administrations have been implored) to put this issue on the front burner. Fifteen years is already too long; the time is now.” Both PPP/C and APNU+AFC Governments had promised to launch an inquiry into the 2006 murders but to date no such inquiry has been launched.
In fact very early in his presidency, David Granger had said that his administration was committed to the establishment of a Commission of Inquiry (CoI) to investigate the deaths of hundreds of Guyanese during the 2008 crime spree. Granger said then that the commitment he made to the relatives of those who died during that criminal upsurge will be fulfilled. He disclosed too that a “blood relative” of Sawh had approached him and he has “committed to having that crime investigated.” Granger had said that the former Agriculture Minister’s family are “baffled that the Government to which he used to belong did not even hold an inquiry” into his death. Granger said he was also approached by other relatives of the deceased during that time and they too are eager to have investigations begin so that they can have some sort of closure.

Sun Apr 24 , 2022
Support Village Voice News With a Donation of Your Choice. —attorney says Ali, in the circumstances, could not have relied on the doctrine of necessity By Svetlana Marshall Prominent Guyanese-Canadian Attorney-at-Law, Selwyn Pieters said the appointment of Clifton Hicken as the country’s Acting Commissioner of Police is in breach of the Constitution as the President, Irfaan Ali, in the circumstances, […] 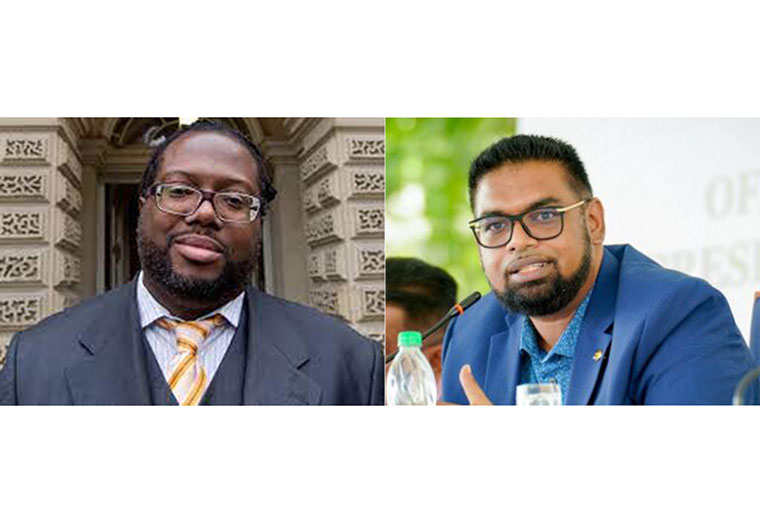