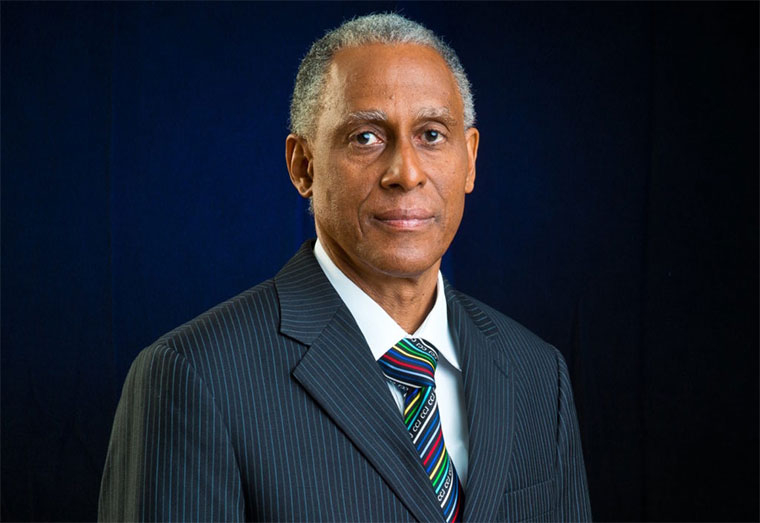 Amid growing concerns about the sloth in the justice system here, President of the Caribbean Court of Justice, Adrian Saunders has decried the lack of judges sitting in the Court of Appeal and he implored the government to provide the judiciary with its reasonable needs.

At present the Court of Appeal is presided over by Chancellor, Justice Yonette Cummings-Edwards and justices: Dawn Gregory and Rishi Persaud. From time to time the chancellor has been forced to pull judges sitting in the High Court to assist in adjudicating matters.

Speaking recently at a Guyana Bar Association dinner, Justice Saunders said attention must be placed in Guyana on ensuring that the system of judicial appointments and promotions is highly competitive, transparent and merit-based and that ongoing, relevant and systematic judicial education is available for judges and magistrates. “Now more than ever, Guyana’s judiciary must be and be seen to be impartial, independent, competent, efficient and effective. The judiciary must also be accountable to the people of Guyana. We can only earn the public’s trust if we demonstrate humility and accountability. How do we do that? The judiciary must, for example, establish and publish performance standards and live up to them. On the other hand, the Executive needs to provide the judiciary with its reasonable needs. So, for example, three judges of the Court of Appeal is simply not enough for that court to perform effectively,” Saunders told the audience of lawyers and other top judicial officials.

Back in November 2021, Cummings-Edwards was forced to respond to Attorney General, Anil Nandlall after he criticized the judiciary for not delivering timely written decisions. Also former Chief Magistrate, K. A. Juman-Yassin around the same time had described the judges as being delinquent. The Chancellor said then that the judiciary was doing its best to deliver justice despite its limited human resources. She noted back then that there are some 13 judges in the High Court to preside over thousands of cases “and we’ve not been complaining, we’ve been doing our work assiduously…” According to Justice Cummings-Edwards, with the limited number of judges, who must rotate presiding over matters in Demerara, Essequibo and Berbice districts, notwithstanding their overwhelming workload, it places a further strain on the appellate court if one of its only three judges has to be excused, necessitating a judge to be brought in from the High Court. The Chancellor said: “we are in a sad state indeed, legally, given our numbers and even more sad state given the fact that our judges are being pilloried… even when we’re doing our level best at ensuring justice, given our small numbers throughout the length and breadth of Guyana.”

Meanwhile, still on the theme of improvements in standards, Justice Saunders said at the level of the Bar, every effort must be made to professionalise the Law Society; to ensure that the Association develops fair and effective processes to address complaints by the public and that, among the legal fraternity, there is also ongoing and systematic legal education.

“Naturally, we at the CCJ have a deep interest in initiatives that advance those objectives. We are prepared to render all the support we can muster and we have fashioned institutions with this in mind. In 2009 we established the Caribbean Association of Judicial Officers which, under the chairmanship of my colleague, Justice Peter Jamadar, has brought together judges and magistrates in the region and supported judicial education in different ways. And we have also established the CCJ Academy for Law which, led by Justice Winston Anderson, has partnered with Bar Associations in the region to support legal education. The Academy recently celebrated the exploits of 34 pioneering Caribbean women jurists,” Justice Saunders noted.

It is here he noted that there is one significant blot on an otherwise impressive Guyanese legal and judicial landscape- the non-appointment of a substantive chancellor and chief justice for 17 long years. He said this is very disappointing. Justice Saunders said over the years the CCJ has had to address a wide range of cases, some of them involving delicate issues of great national and public importance. “Always we have executed our responsibilities and will continue to do so without regard to race, colour, creed, class, political affiliation or other such matter. Naturally, in an adversarial system, there always will be an unsuccessful side, a party that is unhappy with the manner in which we have resolved an uncertainty, especially as I have stated, some uncertainties admit of more than one rational answer. I am nevertheless satisfied that we have always passed judgment with sensitivity, with care and with due regard for our honest understanding of the Constitution and the laws of this magnificent country.”

Abiding with court ruling
He said at the end of the day, the CCJ has no power to compel the deployment of a single cent of Guyana’s revenue. Nor are we in any position to command the coercive arms of the state. We have no bailiffs, no police force, no militia to enforce our judgments. The Supreme Court of the United States ruled in 1954 that separate schools for whites and blacks were unconstitutional and inherently unequal and a year later the court ruled that integration should occur “with all deliberate speed.” They had the national guard to enforce that judgment.

“The only asset we possess to enforce our judgments is the trust and confidence, the faith, reposed in us by the Guyanese people. Public trust and confidence. It is an asset that can take time to build and it is one that can be squandered away entirely in an instant. We are only too well aware of this. It therefore gives us great satisfaction to note that every judgment of the Court has been voluntarily complied with, even when some of these judgments must have been a bitter pill for the losing side to swallow. But they have all been obeyed. I believe your democracy, the rule of law in this country, is all the stronger for this,” the CCJ President said.

Saudners noted that Guyana is on the cusp of unimaginable economic transformation. “This country that has survived slavery, indentureship, colonialism and civil strife fully deserves such blessings. We all know, however, that while material wealth could yield expansive physical infrastructure (nice highways, tall buildings, fantastic gated communities), for the country to be really progressive, attention has to be paid to promoting a sustainable environment and to looking after the interests of the ordinary man, woman, girl and boy – investing in their education, their health, their working and living spaces, their sporting and recreational endeavours, and in all the infrastructure that improves their way of life not just materially but also spiritually as reflected in sports and arts, literature and theatre.”

“Most of all, it is important to strengthen the institutions that promote the rule of law. The rule of law does not mean rule by law. Chattel Slavery, Hitler’s Third Reich, South Africa’s Apartheid, these were all states in which rule by law prevailed. But the rule of law means more than simply the promulgation and enforcement of laws. The rule of law implies legal accountability, fairness, respect for minorities, the observance of human rights, judicial independence, the separation of powers, equality before the law and the absence of corruption and arbitrariness. It is in the observance of these fundamental principles that the roles of the courts and of lawyers are most relevant. All of here have a special responsibility to promote the rule of law.”

Sun Apr 17 , 2022
Support Village Voice News With a Donation of Your Choice. On Saturday April16,2022 at 06:00 hrs the GPS conducted Operation Sanitize at all Prison locations which concluded at 11:00hrs. The aim of the exercise was to sanitize the Prisons of all contraband, ensuring that there is no breach of the physical infrastructure while simultaneously sensitizing prisoners about the negative impact […] 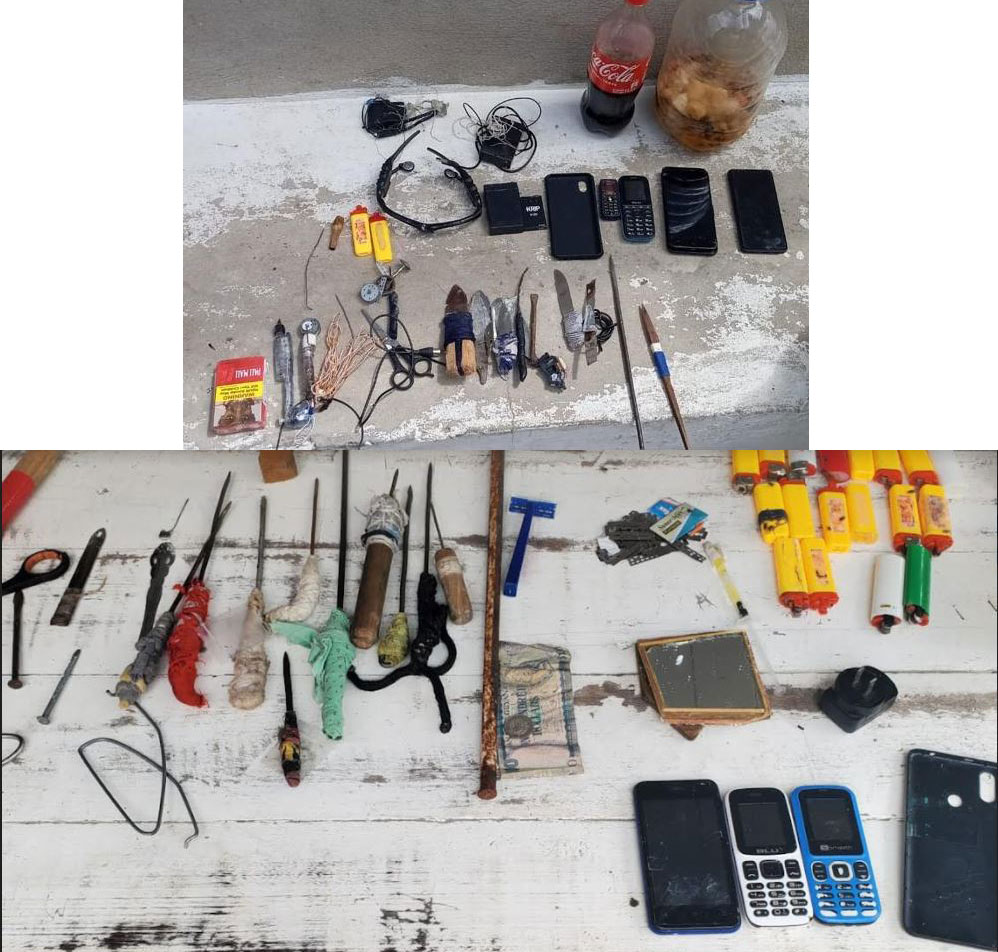