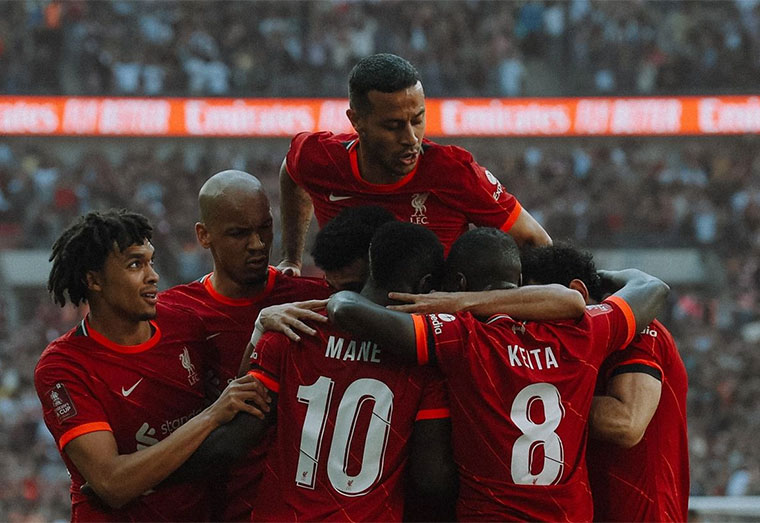 BBC Sport – Liverpool survived a late scare to remain on course for an historic quadruple as they reached the FA Cup final with victory over Manchester City at Wembley.
If last Sunday’s Premier League meeting between the clubs was a classic, this semi-final was effectively decided in a one-sided first 45 minutes, in which a mixture of ruthless finishing and Manchester City mistakes saw Liverpool take a 3-0 lead.
A reshuffled City side were unable to recover as Liverpool, having won the Carabao Cup, are now in the FA Cup final too – as well as the last four of the Champions League, while sitting second in the Premier League.
Manchester City manager Pep Guardiola, who was unable to start Kevin de Bruyne and had Kyle Walker out injured, preferred Zack Steffen to Ederson in goal, a move that back-fired spectacularly.

Ibrahima Konate had already headed Liverpool in front after nine minutes when Steffen, trying to repeat the feats of Ederson in the league game between these two clubs, miscontrolled in his six-yard area, allowing Sadio Mane to pounce.
Mane beat Steffen with a crisp volley at the end of a superb Liverpool build-up to put Jurgen Klopp’s side in complete command at the break but Jack Grealish pulled one back early in the second half and keeper Alisson twice saved crucially from Gabriel Jesus as this semi-final sprang to life.
Bernardo Silva pulled another back for City at the start of a tense period of stoppage time but Liverpool survived to face either Chelsea or Crystal Palace, who meet at Wembley on Sunday, in the final on 14 May.
Liverpool’s win keeps them in contention to make history – as no team in English football has won the league title, the two main domestic cup competitions and become champions of Europe in the same season.
This was a win built on the foundation of a first half in which their intensity and ruthlessness proved too much for City, whose revamped side looked off the pace and unable to cope with the power of Klopp’s side.

Konate’s power in the air saw him score his third header in his past three starts and Mane’s alertness was never going to allow Steffen to get away with his hesitation as he attempted to keep possession in the six-yard area.
Ederson had the calmness and expertise to escape almost on his goal-line as Diogo Jota bore down on him during last Sunday’s 2-2 draw at Etihad Stadium but Steffen showed no such expertise or composure, and paid a heavy price as he was caught.
Mane led the Liverpool charge while Thiago was imperious in midfield, his clever pass allowing Mane to volley past Steffen at his near post in the closing moments of the first half for what eventually proved to be the winner.
Klopp was elated with his team’s performance at the conclusion, although he will have concerns about how they allowed City back into the game through Grealish’s goal, conceded two clear chances to Jesus then had to survive the anxiety of four minutes of stoppage time after Silva struck.
In the final reckoning, however, Liverpool deserved to reach the final and will present a formidable barrier to either Chelsea or Crystal Palace once the winner of the second semi-final is decided.

Sun Apr 17 , 2022
Support Village Voice News With a Donation of Your Choice. Sports Max – KL Rahul knocked a freewheeling century to steer Lucknow Super Giants to an 18-run victory as they inflicted a sixth defeat of the season upon Mumbai Indians in the Indian Premier League. The Super Giants captain muscled 103 not out off 60 balls to guide his side […] 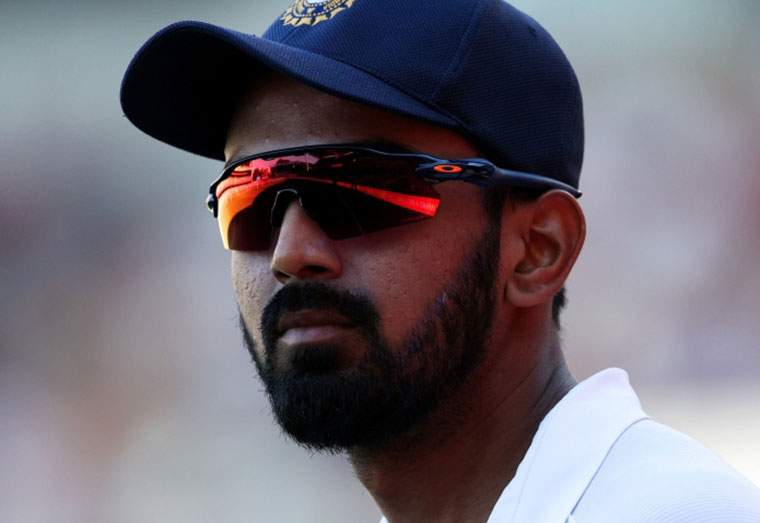