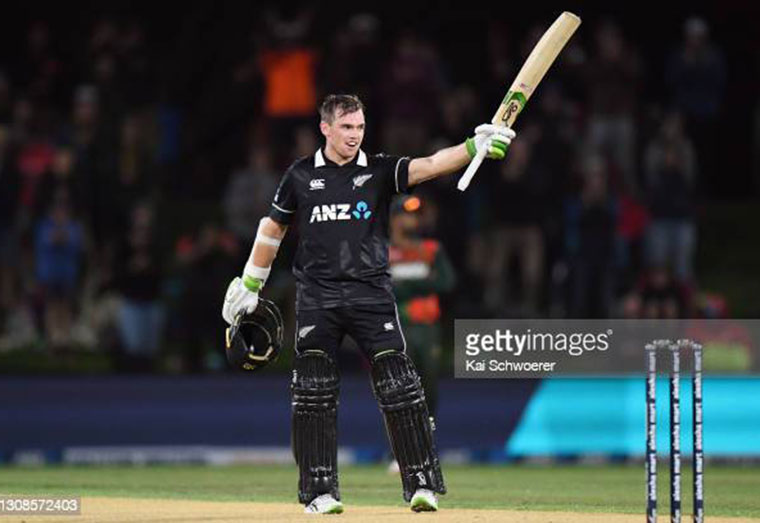 (CRICINFO) Tom Latham put on a one-man show in Hamilton on Saturday in the second ODI against Netherlands. On his birthday, the New Zealand captain found himself walking out to bat 30 for 3 in the eighth over before seeing them slip to 32 for 5 by the tenth. And out of his team’s eventual 264 runs, 140 came off his bat.

What stood out the most in Latham’s knock was the way he ensured the scoreboard kept ticking over. He found the occasional boundary during a brief stand with Colin de Grandhomme, who played the quieter partner while Latham also ensured the singles didn’t dry up despite the tricky situation.

In the middle overs at Seddon Park, Latham scored 83 runs off 87 balls. While 34 of those were dot balls – which was understandable given the situation – his strike rate in that period – 95 – was still 11 notches above his career strike rate in the same phase before Saturday. And out of his total of 140, 77 came in the region between midwicket and fine leg, including the two scoops he played for consecutive sixes in the final over of the innings.

“Something I’ve been working on for a while, to be fair, is the power game, and how I can access over the rope,” Latham, who is not known for playing unorthodox shots even in limited-overs cricket, said after the match. “It was understood where they were bowling at the back end. I managed to get a couple of scoops away, and at the back end, you have an understanding of what the bowlers are trying to bowl with the field. So [I was] just trying to execute it as best as possible, and it was nice I managed to do that today.”

Inside the mandatory ten-over powerplay, Logan van Beek and Fred Klaassen picked up four of the five wickets to fall from either short or short-of-a- length deliveries, extracting extra bounce off the surface, which was responsible for three of those strikes.

While pace and bounce did the trick early on in New Zealand’s innings, it seemed to have slowed down as the game progressed.

“It was a surface we didn’t expect to play the way it did,” Latham said. “It was a little bit two-paced, and the slower balls took a little bit of turn and took pace off quite considerably.

“So it was important that we managed to adapt to it as quickly as possible… and take it as each five-over block at a time. The most important thing was we managed to bat the 50 overs, and in the end, put an above-par score on the board.”

Sun Apr 3 , 2022
Support Village Voice News With a Donation of Your Choice. (BBC SPORT) Liverpool beat struggling Watford to complete a remarkable, albeit short, return to the top of the Premier League. The Reds trailed Manchester City by 14 points on 15 January, but a 10th straight league win in the early kick-off at a raucous Anfield took them above Pep Guardiola’s […] 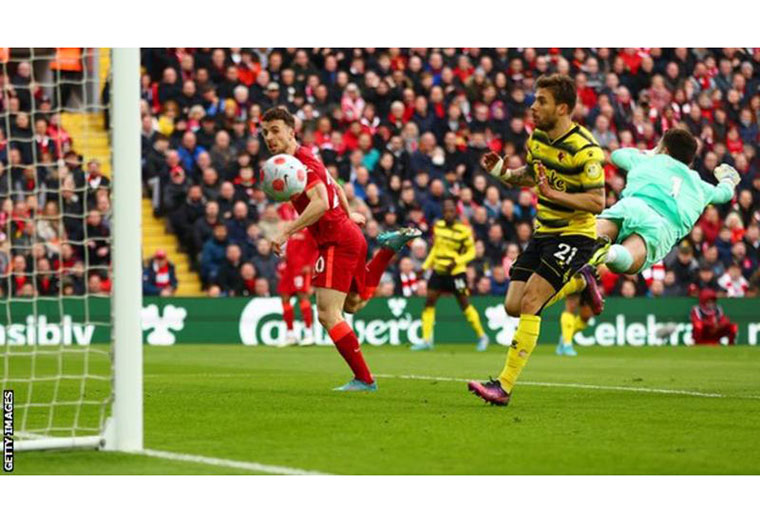