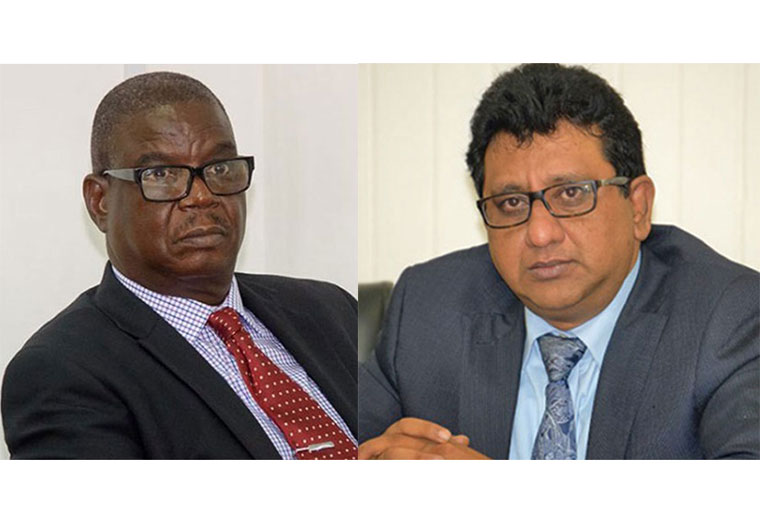 High Court Judge Gino Persaud on Wednesday dismissed an interlocutory application filed by the Attorney General Anil Nandlall to strike out a Fixed Date Application (FDA), which challenges the legality of the suspension of the members of the Police Service Commission (PSC) including the former Chairman Paul Slowe.
“A hearing and determination would serve to bring clarity to the role of the Executive in such instances and ensure that the constitutionally-granted autonomy of the PSC remains protected,” Justice Persaud said as he handed down the ruling. Quoting Chief Justice Roxane George in Rajendra Jaigobin supra ( paragraph 2 of the decision), he said “…It is an issue that cries out for judicial imprimatur because of the serious implications if a ruling is not made…”
The Attorney General, in his Notice of Application, had argued that due to the expiration of the Commission on August 8, 2021, the PSC cannot continue the litigation. In other words, it was contended that the litigation is automatically at an end because the term of office of the suspended Commissioners is also at an end. Notably, the application was filed before the life of the Commission came to an end.

However, in handing down his judgment, Justice Persaud explained that in judicial review proceedings there is no lis between the parties and the facts that judicial review proceedings are directed at the decision and not the parties. “…I am of the considered view that the substantive issue of the legality of the suspension of the commissioners should be heard and determined on its merits being a matter of public interest,” Justice Persaud ruled.
He added: “Judicial review is also concerned with deciding whether there has been a plain excess of jurisdiction or not – whether a decision is lawful or not, whether a decision is ultra vires or not. This cannot be automatically dissolved or whittled away with the end of the tenure of the Commissioners.”
He noted that to hold otherwise would be to leave the legality of the suspension hanging – never to be adjudicated upon simply because the life of the Commission ended after the filing of the proceedings. “This does not seem to me either logical or fair but rather an affront to fairness, natural justice, access to justice and indeed the rule of law,” Justice Persaud reasoned as he pointed to case Gilharry v. Transport Board et al BZ 2012.

The High Court Judge also ruled that Slowe, the former PSC Chairman, who swore the Affidavit in Support of the FDA has sufficient interest to continue the proceedings, however, as a substitute Applicant. He noted that the court has an inherent jurisdiction to substitute a party in judicial review proceedings where appropriate. “I’m therefore of the view that the former Chairman, Paul Slowe who swore the Affidavit in Support of the FDA has a sufficient interest since he is directly affected together with the locus standi to continue the proceedings and the Court can properly under its inherent jurisdiction order that he be substituted as the Applicant in the place and instead of the Police Service Commission to facilitate the just and effective resolution of the matters in dispute before the Court,” Justice Persaud said.

He therefore ruled: “In the circumstances, the NOA filed by the AG is dismissed.” Justice Persaud also ordered that Slowe be substituted in the place of the Police Service Commission as the Applicant. With the substantive case moving forward, the Attorney General has been ordered to file an Affidavit in Defence by 6 April, 2022. Slowe is also required to file an Affidavit in Reply, if necessary, by 20 April. The parties have also been ordered to simultaneously file, serve and email written submissions by 4 May. A date is to be fixed for oral addresses.
Meanwhile, Nandlall said being in disagreement with the decision of Justice Persaud he has filed a Notice of Appeal to the Full Court of
the High Court of Guyana seeking to appeal the decision of the Learned Trial Judge. Further, he said given that the Learned Trial Judge’s decision paves the way for the substantive issues raised in the PSC’s Fixed Date Application to proceed, he will, in short order, also be filing a Notice of Application seeking to stay the Fixed Date Application in the High Court.

45 ranks before the Courts

Fri Mar 11 , 2022
Support Village Voice News With a Donation of Your Choice. …as GPF continues to struggle to deal with rogue cops Acting Commissioner of Police, Nigel Hoppie said notwithstanding the successes recorded in the areas of crime fighting and human resource development, the Guyana Police Force is still battling with the deviant behaviour of some ranks particularly in the area of […] 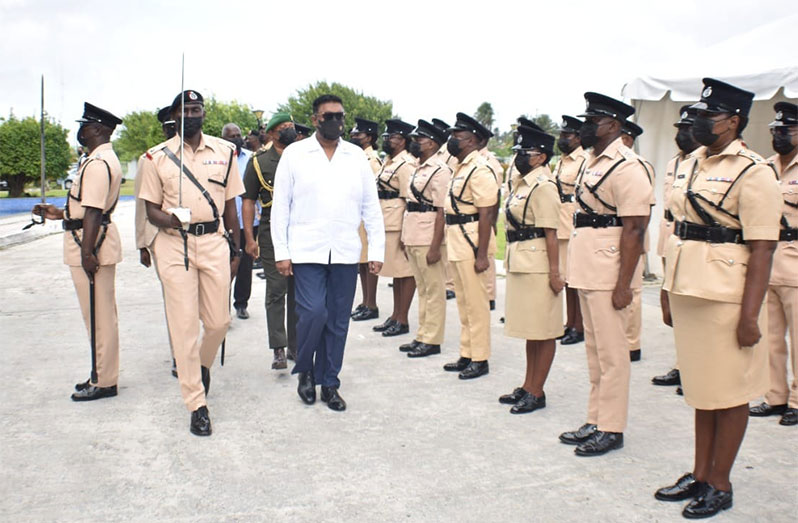