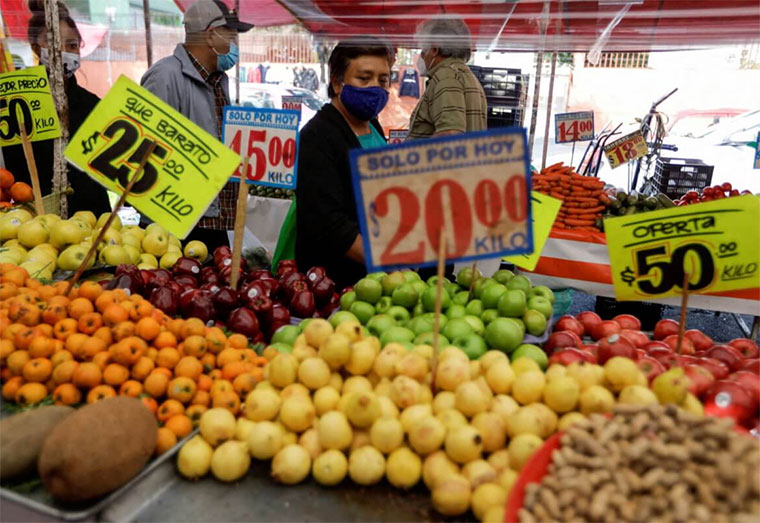 Rome – The benchmark gauge for world food prices went up in February, reaching an all-time high, led by vegetable oils and dairy products, the Food and Agriculture Organization of the United Nations (FAO) reported today.
The FAO Food Price Index averaged 140.7 points in February, up 3.9 percent from January, 20.7 percent above its level a year earlier, and 3.1 points higher than reached in February 2011. The Index tracks monthly changes in the international prices of commonly-traded food commodities.
The FAO Vegetable Oils Price Index led the increase, rising 8.5 percent from the previous month to reach a new record high, mostly driven by increased quotations for palm, soy and sunflower oils. The sharp increase in the vegetable price index was principally driven by sustained global import demand, which coincided with a few supply-side factors, including reduced export availabilities of palm oil from Indonesia, the world’s leading exporter, lower soybean production prospects in South America, and concerns about lower sunflower oil exports due to disruptions in the Black Sea region.
The FAO Dairy Price Index averaged 6.4 percent higher in February than January, underpinned by lower-than-expected milk supplies in Western Europe and Oceania, as well as persistent import demand, especially from North Asia and the Middle East.

The FAO Cereal Price Index increased 3.0 percent from the previous month, led by rising quotations for coarse grains, with international maize prices up 5.1 percent, due to a combination of continued concerns over crop conditions in South America, uncertainty about maize exports from Ukraine, and rising wheat export prices. World wheat prices increased by 2.1 percent, largely reflecting uncertainty about global supply flows from Black Sea ports. International rice prices increased by 1.1 percent, sustained by strong demand for fragrant rice from Near East Asian buyers and the appreciation of the currencies of some exporters against the U.S. dollar.
The FAO Meat Price Index rose 1.1 percent from January, with international bovine meat quotations reaching a new record high amid strong global import demand and tight supplies of slaughter-ready cattle in Brazil and high demand for herd rebuilding in Australia. While pig meat prices edged up, those of ovine and poultry meat declined, in part due, respectively, to high exportable supplies in Oceania and reduced imports by China following the end of the Spring Festival.

The FAO Sugar Price Index declined 1.9 percent amid favourable production prospects in major exporting countries such as India and Thailand, as well as improved growing conditions in Brazil. “Concerns over crop conditions and adequate export availabilities explain only a part of the current global food price increases. A much bigger push for food price inflation comes from outside food production, particularly the energy, fertilizer and feed sectors,” said FAO economist Upali Galketi Aratchilage. “All these factors tend to squeeze profit margins of food producers, discouraging them from investing and expanding production.” The FAO Food Price Index measures average prices over the month, so the February reading only partly incorporates market effects stemming from the conflict in Ukraine.

World wheat and maize production seen rising in 2022
FAO also released its latest Cereal Supply and Demand Brief, with preliminary forecast for worldwide cereal output in 2022. Global wheat production is seen on course to increase to 790 million tonnes, with anticipated high yields and extensive planting in North America and Asia, offsetting a likely slight decrease in the European Union and the adverse impact of drought conditions on crops in some of the North African countries.

Maize harvesting will begin soon in the Southern Hemisphere, with Brazil’s output foreseen reaching a record high and production in Argentina and South Africa above their average levels. FAO has also updated its forecast for world cereal production in 2021, now pegged at 2 796 million tonnes, a 0.7 percent increase from the year before.
Global cereal utilization in 2021/2022 is now seen at 2 802 million tonnes, a 1.5 percent annual increase. Global cereal stocks ending in 2022 are forecast to grow slightly over the year to 836 million tonnes. On those estimates, the worldwide cereals stocks-to-use ratio would stand at 29.1 percent, “marking an eight-year low, but still indicating an overall comfortable supply level” according to FAO.

FAO also raised its forecast for world trade in cereals to 484 million tonnes, up 0.9 percent from the 2020/2021 level. This forecast does not assume potential impacts from the conflict in Ukraine. FAO is closely monitoring the developments and will assess those impacts in due course.

Cereal production shortfall in vulnerable countries
Cereal production in the world’s 47 Low-Income Food Deficit Countries (LIFDCs) is expected to decline by 5.2 percent in the 2021/2022 marketing season compared to 2020/2021, due to conflicts and extreme weather events, according to the latest Crop Prospects and Food Situation Report, also released today by FAO’s Global Information and Early Warning System (GIEWS). That points to an eight percent increase in the aggregate import requirement by LIFDCs to 66.6 million tonnes.
The quarterly report includes updates on the situation in the 44 countries currently identified as in need of external assistance for food as well as more granular updates to regional cereal production trends around the world, while also noting the risks to production and exports as well as to livelihoods related to the escalation of the conflict in Ukraine.

Sun Mar 6 , 2022
Support Village Voice News With a Donation of Your Choice. LVIV/KYIV, Ukraine, March 5 (Reuters) – Russian President Vladimir Putin said Western sanctions were akin to war on Saturday as his forces pressed on with their assault on Ukraine, where planned civilian evacuations from two besieged cities were called off. Russia and Ukraine traded blame over the failure to provide […] 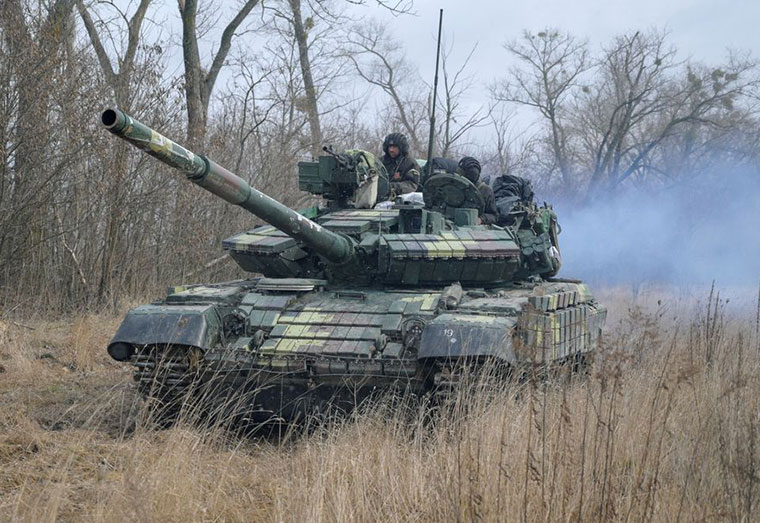