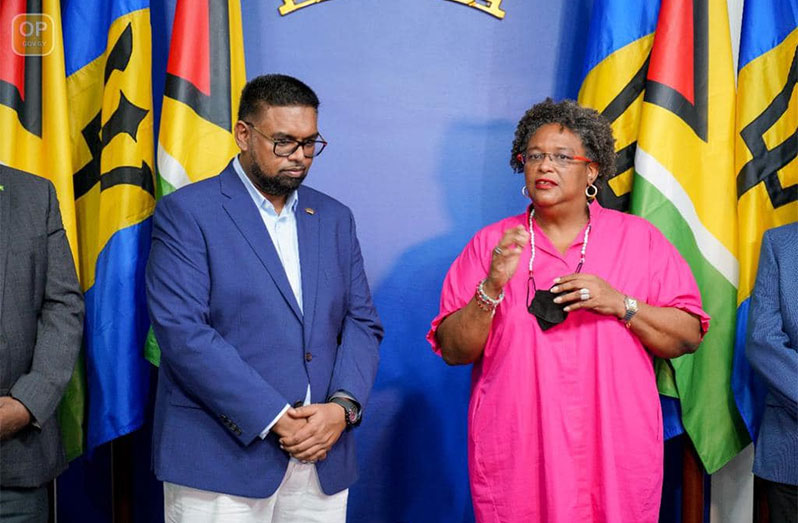 Prime Minister of Barbados, Mia Mottley and her 14-member delegation arrived in Guyana on Sunday ahead of the highly anticipated International Energy Conference and Expo Guyana 2022 (IECEG2022) set to commence on Tuesday at the Marriott Hotel, Georgetown where more than 500 local and international delegates are expected to be in attendance.
Prime Minister Mottley along with the President of Ghana, Nana Addo Dankwa Akufo-Addo; and the President of Suriname, Chandrikapersad Santokhi will headline the conference together with President Irfaan Ali, who will deliver the keynote address. Set to attract senior functionaries and experts from major oil and gas companies, local, regional and international government officials, procurement personnel and academia, the International Energy Conference and Expo will be held under the theme “Charting a Sustainable Energy Future.”
Ahead of Tuesday’s conference, IECEG2022 Communications Director, Alex Graham said the conference is intended to better position Guyana to capitalize on its oil and gas resources. According to ExxonMobil, Guyana’s resource estimate has exceeded 10 billion oil-equivalent barrels.

He said the success of the Oil and Gas Sector provides a real opportunity for fresh attention to be given to Guyana and for the country to better develop its resources. “We want to ensure that in this generation and in this era, Guyana is not just seen as a place where you can just go and get some resources and leave, which has been an old model that we probably have suffered from in the colonial times but we want to demonstrate that in addition to being a place that is resource rich, that we could provide the quality thought leadership for the development of these sectors and for our contribution to the future,” he told reporters during a press conference at the Marriott Hotel.
According to Graham, the Conference will see in attendance three main categories of people: policy makers, practitioners and professors. “We have worked hard to get policy makers, industry practitioners and professors…into the same conversation about what the energy future is going to look like locally, how Guyana is able to participate in that energy future, how Guyana makes itself competitive and related subjects,” he told reporters.

He said it hoped that the robust discussions on the Oil and Gas Sector will influence policy decisions on local content and other sectoral matters.
Apart from the Heads of Government, Guyana’s Vice President, Bharrat Jagdeo; Chairman of ExxonMobil, Darren Woods; Acting Assistant Secretary in the Office of Fossil Energy and Carbon Management of the United States Department of Energy, Dr. Jennifer Wilcox and Vice President of IHS Markit, Dr. Daniel Yergin will also deliver addresses. IECEG2022 Chief Executive Officer, Angenie Abel, during the press conference, told reporters that more than 500 delegates will be in attendance while another 150 will join virtually from across the world. Additionally, approximately 150 exhibitors, among them 40 local companies, are scheduled to participate in the expo.
The conference will be held from February 15-18 at the Marriott Hotel.

Mon Feb 14 , 2022
Support Village Voice News With a Donation of Your Choice. Across Guyana, business has been booming for many as a result of the recent growth of the oil and gas sector, Digicel Guyana said on Monday. According to the company in December last Digicel Business conducted a survey of over 100 Guyanese businesses and found that almost 60% of them […] 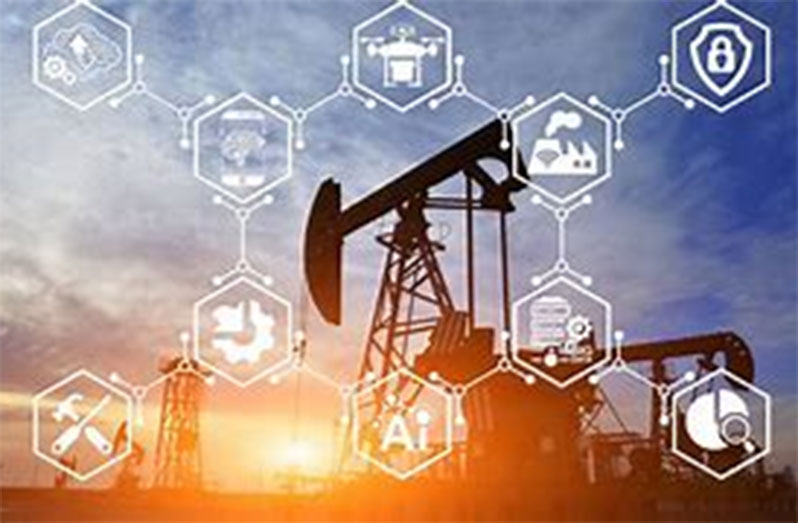