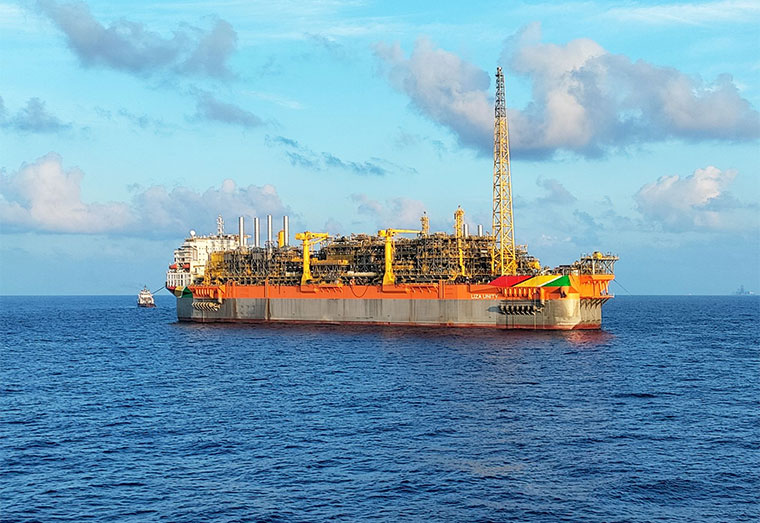 Production from Liza Unity vessel to reach 220,000 barrels of oil per day later this year

US oil-giant ExxonMobil has commenced production at Guyana’s second offshore oil development on the Stabroek Block, Liza Phase 2, the company disclosed today.
The move brings the total production capacity to more than 340,000 barrels per day in only seven years since the country’s first discovery.
“Production at the Liza Unity floating, production, storage and offloading (FPSO) vessel is expected to reach its target of 220,000 barrels of oil later this year, as operations continue to be brought safely online,” the oil giant said.
Notably, it adds to the more than 120,000 barrels per day of capacity at the Liza Destiny FPSO, which began production in December 2019.
The Stabroek Block’s recoverable resource base is currently estimated at more than 10 billion oil-equivalent barrels.
“We are collaborating closely with the government and people of Guyana to develop this world-class resource responsibly, helping to meet the world’s energy needs and delivering enhanced value for all stakeholders at a record pace and well ahead of the industry average,” said Liam Mallon, President, ExxonMobil Upstream Oil and Gas.

He added: “With unparalleled project execution, we now have two production facilities operating offshore Guyana.”
The company said the current resource has the potential to support up to 10 projects. ExxonMobil anticipates that four FPSOs with a capacity of more than 800,000 barrels per day will be in operation on the Stabroek Block by year-end 2025.
“Payara, the third project in the Stabroek Block, is expected to produce approximately 220,000 barrels of oil per day using the Prosperity FPSO vessel, which is currently under construction. The field development plan and application for environmental authorization for the Yellowtail project, the fourth project in the block, have been submitted for government and regulatory approval,” it explained.
It said too the timely development of these additional projects and continued exploration success offshore will enable the steady advancement of Guyanese capabilities and enhanced economic growth.

“More than 3,500 Guyanese are now supporting ExxonMobil’s activities in Guyana. ExxonMobil and its direct contractors spent approximately $219 million with more than 880 local suppliers in 2021, a 37% year-over-year increase,” it pointed out.
The Liza Unity arrived in Guyana in October 2021. It is moored in water depth of about 1,650 meters and will be able to store around 2 million barrels of crude. The Liza Unity is the world’s first FPSO to be awarded the SUSTAIN-1 notation by the American Bureau of Shipping in recognition of the sustainability of its design, documentation and operational procedures.
ExxonMobil affiliate Esso Exploration and Production Guyana Limited is operator and holds 45% interest. Hess Guyana Exploration Ltd. holds 30% interest and CNOOC Petroleum Guyana Limited holds 25% interest.
Photo saved as Oil Vessel

Sat Feb 12 , 2022
Support Village Voice News With a Donation of Your Choice. What we can expect on Day 2 Chennai Super Kings: They splurged on getting Deepak Chahar back, perhaps rightfully so. They still need some solid bowling options, and there’s plenty overseas to pick from. Expect them to target two overseas bowlers. If one of them can bat, all the better. […] 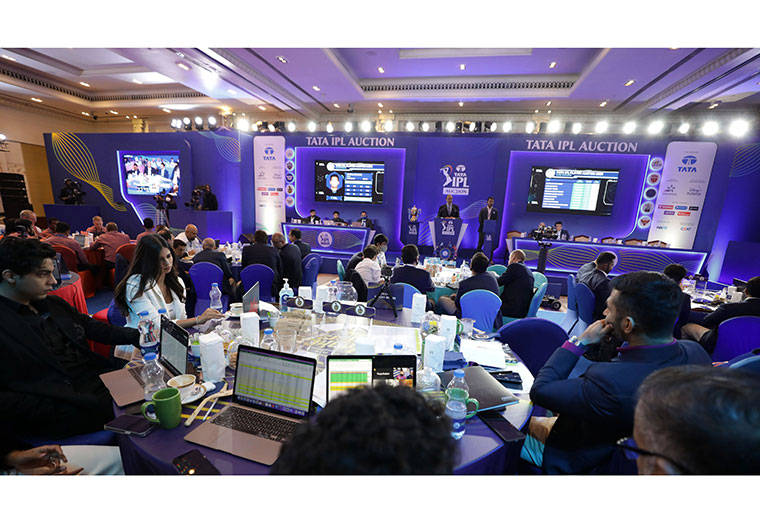