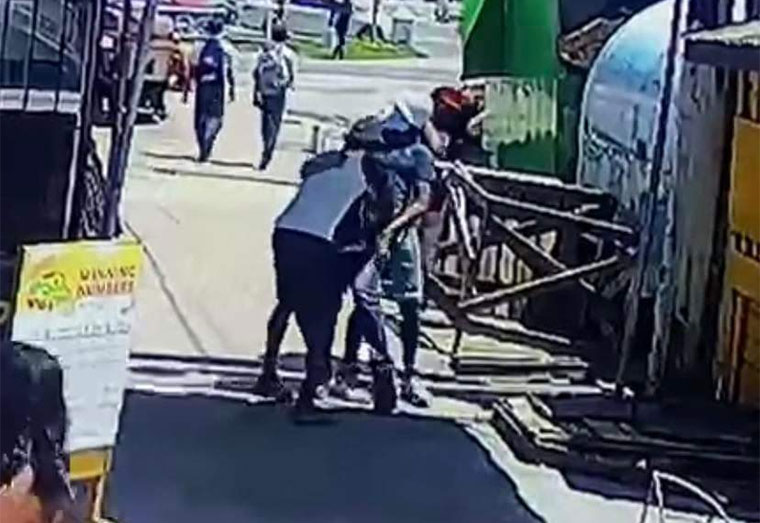 Two suspects are now in police custody following a robbery with aggravation committed on a 33-year-old businessman of Foulis, E.C.D, the Guyana Police Force said in a statement on Wednesday.

The robbery, which occurred on Tuesday, February 8 at Croal Street, Georgetown, was captured on camera. The victim was relieved of one cell phone valued $48,000 and GY$700 cash.

One of the suspects, a 25-year-old male was arrested on the said date at about 22:00hrs at Tucville Housing Scheme, while the other, age 21-years was arrested at about 13:00hrs today at a house on David Street, Kitty. He was found with the victim’s cellphone.

The victim was walking on Croal Street when he was accosted from behind by the second suspect who choked him (victim), while the first suspect approached from the front and pushed his hand into the victim’s right side pocket and took out his money.

The victim became unconscious during the ordeal and was left laying on the ground, as they took the victim’s cellphone before calmly making good their escape.

The entire ordeal was captured on CCTV and prompt investigations led to the suspects being apprehended in less than twenty-four hours.

The suspects are presently in custody, awaiting charges to be laid.

Thu Feb 10 , 2022
Support Village Voice News With a Donation of Your Choice. …Duncan protested and gets suspended A Partnership for National Unity + Alliance For Change (APNU+AFC) Member of Parliament Sherod Duncan, who sternly objected to the derogatory remarks spewed at the female Opposition MPs in the House by Minister of Local Government Nigel Dharamlall, has been suspended. But the APNU+AFC, in […] 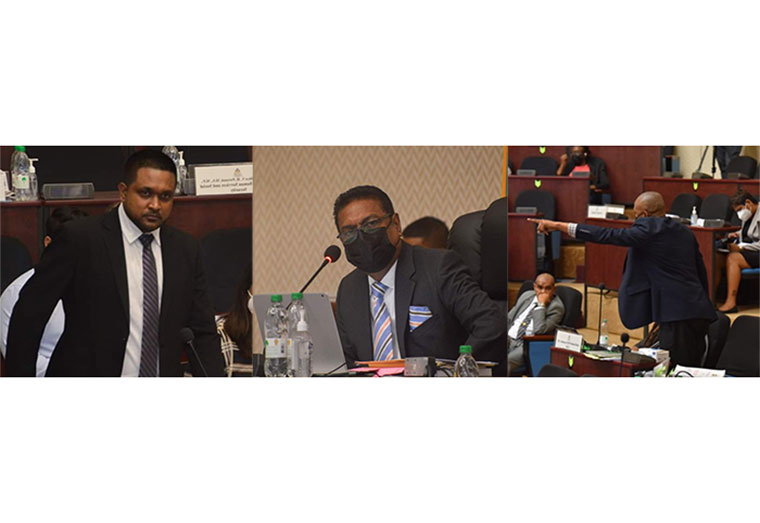