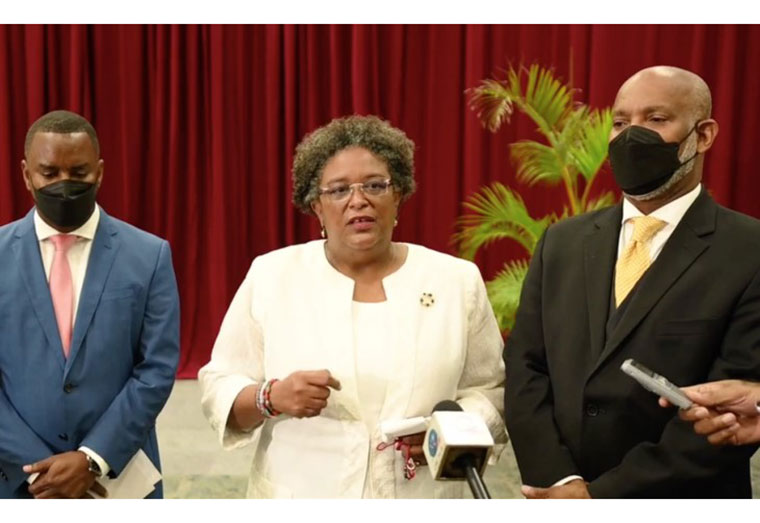 (BARBADOS TODAY) Prime Minister Mia Mottley on Friday began the process of amending the Constitution to allow an opposition party to not only nominate two Senators even when they do not have any seats in the House of Assembly, but to have a say in appointments on various electoral, judicial and other commissions.

Making it perfectly clear that she did not believe a Prime Minister should have the power to make certain decisions arbitrarily, Mottley said the Constitution Amendment Bill was read on Friday and would be debated in the Lower House next Tuesday and in the Upper House the following day.

She said despite Democratic Labour Party’s (DLP) interim president Steven Blackett rejecting her proposal for the party to nominate two Senators, as the party that received the second most votes in last month’s general elections, she was again extending that offer. Some of the island’s top attorneys had argued that the Constitution did not give the Prime Minister the power to make such an offer and it was left up to the President to appoint the two Senators.

Mottley maintained that under Section 75 (B) of the Constitution, in the absence of an Opposition Leader, she had the right to choose the two Senators. However, speaking to the media following the opening of Parliament at the Lloyd Erskine Sandiford Centre, she said she did not believe she ought to be making that decision.

“One of you asked me when I was going in whether we had laid the Constitutional Amendment Bill. Yes, we have and I thank the Attorney General for it. Many have asked why. The truth is that there has been a lot of public debate this week in reference to the provisions of Section 75 of the Constitution, that the President can choose to appoint two Senators, but this Government has chosen to be able to give the party that has the second-largest amount of votes in the election the right to be able to choose two Senators,” the Prime Minister said.

“And in spite of the fact that the president of the DLP says he needs nothing from me and I can’t offer him anything, let us be very clear –we are thankful to the people of Barbados for the mandate that they have given this Government. It is as comprehensive and complete a mandate as possible, but we believe that we have an obligation to our democracy and to the deepening and protection of our democracy to be able to afford the opportunity to the party receiving the second-highest number of votes the opportunity to not just appoint two Senators, but if persons were reflecting and knew what they were talking about they would know that what is at stake is not simply just the appointment of two Senators.”

Mottley stressed that the amendment to the Constitution went far beyond just allowing an opposition party to have a presence in the Upper House in a situation where they were not represented in the Lower House. “What is at stake as well, is the appointment of a number of commissions under the Constitution – from the Electoral and Boundaries Commission, which will come up over the course of the next five years, to the Administrative and General Service Commission, the Protective Services Commission, the Judicial Legal Services Commission and a whole host of others,” she explained.

“Now, under the current provisions of the Constitution, Section 75, it would mean that I would have the right as Prime Minister to choose all of those people, and as much as I know that I would do it with fairness and to protect the public interest, I do not believe that I should do so. And to that extent, therefore, we are going to afford them the opportunity to not only be able to choose the two Senators but, by extension, to be able to have a say in the appointment of the different commissions.”

The Prime Minister pointed out that this was the third instance in which she had taken a decision to reduce the powers of her office. She noted the Judicial Advisory Appointments Act was passed, which removed the power of the Prime Minister to arbitrarily select judges and the Chief Justice, while amendments were also made to the Constitution to allow Parliament, rather than the Prime Minister, to choose the President.

Hewitt: DLP must include public, stalwarts in plans for way forward

Sun Feb 6 , 2022
Support Village Voice News With a Donation of Your Choice. (BARBADOS TODAY) Although saying he was honoured that retired politician Hamilton Lashley had identified him as the ideal person to lead the Democratic Labour Party (DLP), former contender for the presidency Reverend Guy Hewitt believes the party’s bigger issue is determining how to move forward to regain public confidence. And […] 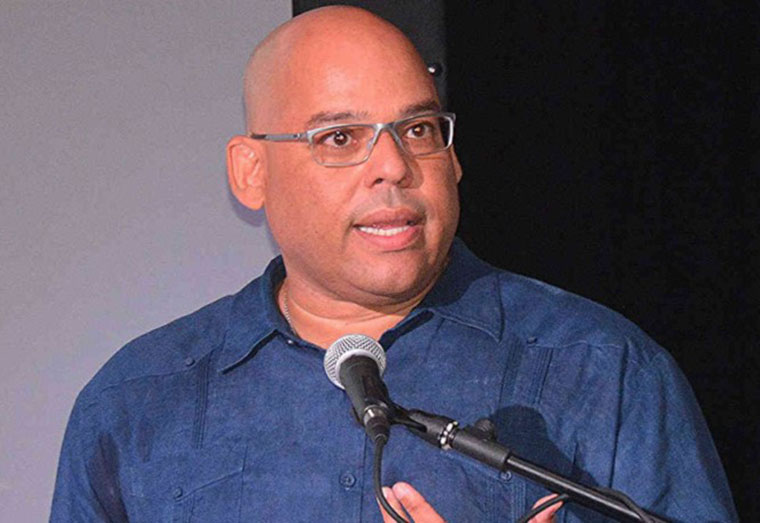