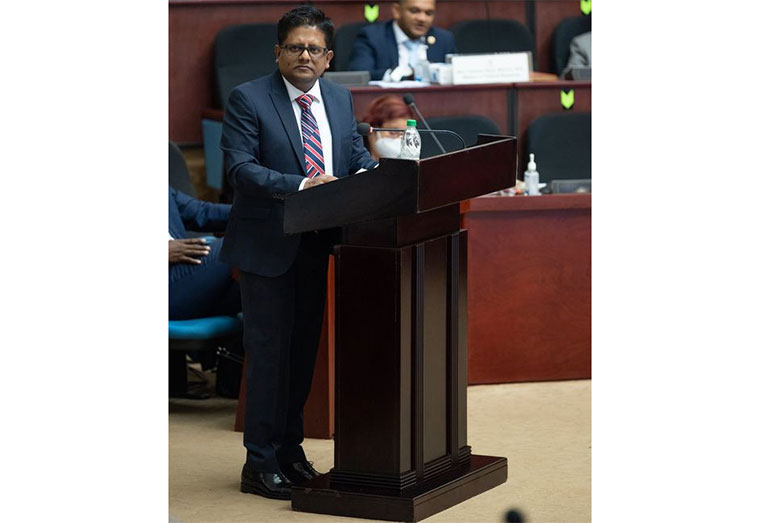 The Irfaan Ali Administration will be lowering the excise tax rate on fuel as part of a menu of measures to be rolled out in 2022, Senior Minister within the Office of the President with responsibility for Finance, Dr. Ashni Singh, announced as he presented Budget 2022 to the National Assembly on Wednesday.
With immediate effect, the excise tax rate on gasoline and diesel will be reduced from 20% to 10%. Minister Singh said the lowering of the excise tax rate follows earlier reductions despite the world market prices for fuel continue to increase.
“As previously reported, we used this mechanism twice in 2021 to lower the excise tax rate on gasoline and diesel from 50 to 35 and then from 35 to 20 percent,” he pointed out. In the area of Public Assistance, Minister Singh said the People’s Progressive Party/Civic (PPP/C) Government, as part of its Public Assistance Programme, will increase the payment from $12,000 to 14,0000 – an increase of $2,000. This increase, he boasted, will benefit 18,000 persons while providing an additional $432Min disposable income.

Similarly, Old Age Pension will be increased by $3,000. In laying the foundation for his announcement, the Finance Minister recalled that in 2021, Old Age Pension increased from$20,500 to $25,000 per month.
“This year, we willbe increasing the Old Age Pension further from $25,000 to $28,000. This will place an additional $2.3 billion of disposable income in the hands of our 65,000 old age pensioners,” he told the House.
Additionally, as part of its efforts to support school-aged children, the Government will be increasing the school uniform grant to $5,000 from a low of $4,000 per child. This measure, he posited, will place $200M of disposable income in the homes of 200,150 children attending both public and private school. Further, the ‘Because We Care Cash Grant’ will increase from $15,000 to $25,000 per child.
“This will place an additional amount of $2 billion in the homes of the same 200,150 children attending both public and private school,” Minister Singh announced.

Further, in an effort to provide relief to taxpayers, the Government will increase the monthly income tax threshold from $65,000 to $75,000 monthly – a move, it said, will release atotal of $1.3B into the hands of current taxpayers both in the public and private sectors.
Cognizant of the rise in cost of living and the negative effects of the COVID-19 pandemic, Government, the Finance Minister said, will be allocating $5B to finance interventions that would mitigate the impacts within vulnerable communities.
Further, as part of its push to support the vulnerable, the Government, will be introducing a Dialysis Support Programme under which it will finance up to $600,000 per annum worth of dialysistreatment per dialysis patient in Guyana. This programme will provide much needed assistance to almost 300 persons at a cost of $180 million.
“..this country currently has hundreds of personsundergoing ongoing treatment for life-threatening conditions. A prime example is the number ofpersons currently receiving dialysis treatment, many of whom are young people still in the prime oftheir lives, but oftentimes struggling to meet the cost of their treatment,” he pointed out.

Private Sector
Dr. Singh told the House too that the Ali Administration will ensure parity in the tax regime within the country to foster Local Content in the country.
“Mr. Speaker, when we were considering the Local Content Act, one of the recurring issues that arose was the question of ensuring that Guyanese businesses are not in a disadvantageous positionrelative to their international counterparts in competing for contracts with the oil and gas sector. Thiscould arise, for example, where the sector is procuring a service and the international companiestendering to supply that service enjoy a particular tax treatment on the importation of their capitalequipment to provide that service that Guyanese companies might not enjoy,” he explained.
He said in the interest of ensuring that Guyanese businesses can compete successfullyunder the new local content framework, the Government will take steps wherever practicable to minimise disparities arising from the tax system that will disadvantage Guyanese businesses against their international counterparts.
“This will help improve the competitiveness of Guyanese companies, help secure business opportunities for them, and thereby create jobs for Guyanese nationals,” he posited.

“Mr. Speaker, we gave a commitment to reverse the punitive taxes that were implemented by
the APNU+AFC once we return to office. One such tax that was implemented was a 2 percent
withholding tax on resident contractors. This tax very severely affected the liquidity of resident
contractors and therefore also undermined their competitiveness. It also proved challenging to
administer, with very uneven compliance, particularly outside the Central Government.

We will, therefore, remove this 2 percent withholding tax on resident contractors,” the Finance Minister told the House.
The Government also intends arrange monthly farmers’ markets at locations to be specified in East Berbice, East Coast Demerara, Georgetown, East BankDemerara, and West Coast Demerara in the first instance, with the possibility of extending to otherlocations depending on the initial experience. This, he said, will help farmers find ready markets for theirproduce.

Struggling GuySuCo gets $6B more

Wed Jan 26 , 2022
Support Village Voice News With a Donation of Your Choice. The Guyana Sugar Corporation (GuySuCo) is in line to receive $6B to finance developments in its field and factory operations – a move Government has deemed necessary to turn the ailing Sugar Industry around. Senior Minister within the Office of the President with responsibility for Finance, Dr. Ashni Singh made […] 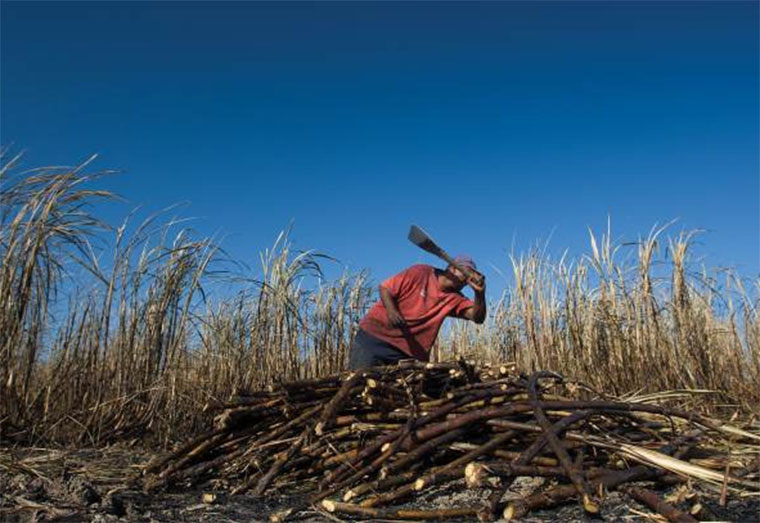